Apple likely to offer next iPhone in gold, according to multiple reports

Apple likely to offer next iPhone in gold, according to multiple reports

Apple's next iPhone is reported to come in a new color: gold. All Things D, TechCrunch, iMore, and 9to5Mac are all reporting that Apple is set to introduce the new color scheme alongside its traditional black and white styles, marking the first time that the iPhone has moved beyond monochrome tones. The golden iPhone apparently won't be sparkling and flashy, however — instead, many are referring to the new tone as more of a pale "champagne" color than bright jewelry. For its accent color and front plate, the gold device will reportedly adopt the same white pieces currently used on the iPhone 5 model. 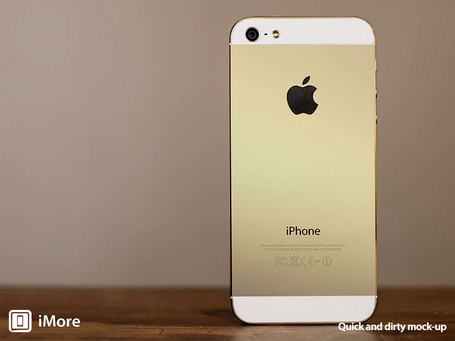 The next iPhone is rumored to be announced on September 10th and feature a design that physically resembles the iPhone 5. Though it's expected to have some improved internals, the new gold color may be one of the few physical differentiators between the current and updated models. But while Apple may only be dabbling in color when it comes to its flagship device, the company has also been rumored to be working on a low-cost iPhone that would be available in a number of bright, pastel tones.