Share All sharing options for: Lockheed Martin building a car-transporting drone for DARPA

Lockheed Martin's Skunk Works division is building a drone that will be able to transport cars, storage containers, and eventually even pods full of soldiers for DARPA. The drone, which will be called the Transformer TX, is currently in a $20.3-million "Phase 3" process, which means Lockheed is finalizing its design before building a working prototype. If DARPA finds that the prototype meets its needs, it can then opt to pay the defense contractor to produce the drones for flight sometime in 2015.

Lockheed, which showed off a few design renderings of the project at the Association for Unmanned Vehicle Systems International (AUVSI) trade show last week, has been working on bringing the Transformer TX to life since 2010. Originally, DARPA was looking for a military-ready flying car. As seen in some of the early renderings Lockheed has released, the design process began with what looks like a sedan with a propeller from a helicopter and the wings of a small plane. But over the last few years, the company says it found that an unmanned vehicle that can carry cars and other similarly sized objects — such as storage containers full of people or medial and military supplies — made more sense than a flying car. 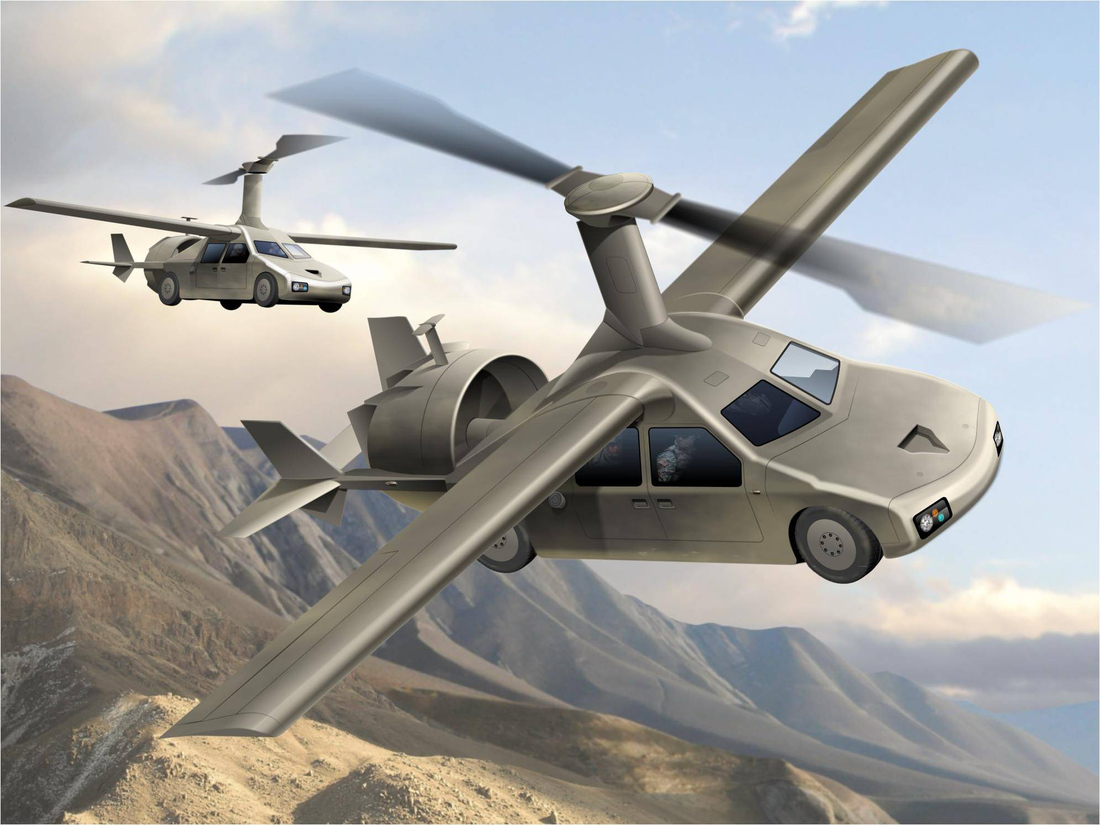 For one thing, interchangeable payloads and the subtraction of a dedicated pilot make the drone approach more versatile and useful, DARPA says. The current Transformer TX design will take off and land vertically using a pivoting "ducted fan propulsion system" with no exposed rotor — that will allow it to take off and land in an area about half that of a helicopter, according to IEEE Spectrum magazine. Lockheed also says that its Transformer TX prototype will be able to travel more than 250 miles on a single tank of gas. And the prototype, when built, will be small enough to travel down a one-lane road, at 8.5 feet wide and 30 feet long. But still more design needs to be done before the drone can be built. Lockheed says it will begin testing a one-third sized model in wind tunnels later this year. 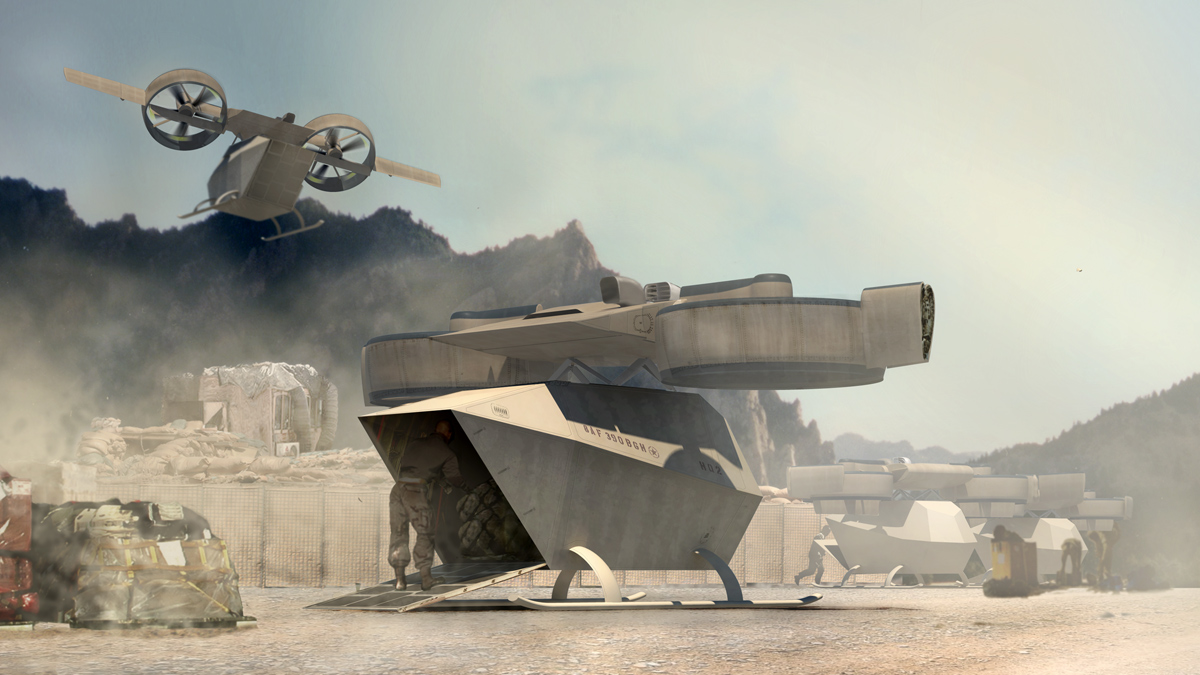