Step aside, ultrabooks, this paperback-sized laptop did it first

The late ‘90s were a wild transitional period for computing. Laptops were finally entering the mainstream, but the wild days of the internet bubble, ubiquitous connectivity, and smartphones were but glimmers in Silicon Valley's collective eye. Toshiba dropped a crazy, ambitious computer into that protean world of technology: the original Libretto. The idea was simple: pack a complete computer into as small a package as humanly possible, ergonomics be damned.

Toshiba released several models of the Libretto over the years, first in Japan and only a bit later in the US. No matter which model, the Libretto was more about an idea of the future than actual functionality. You bought one to say that you had a computer the size of a paperback book. Although there were several models, all were alike in their basic form factor. Only 8.25 inches wide, each key on the tiny keyboard was half the size a chiclet and they were nearly impossible to hit accurately. The mouse was a tiny nubbin to the right of the 6.1-inch screen with the buttons relegated to the back, and built-in connectivity on the early models was limited to an IR blaster.

This was a computer to show off, and its use required a zealotry for the future of mobile computing that made you apologize for each and every deficiency. The processor is only 75MHz? But look at how small it is! The battery life is an atrocious joke? But I can literally put a whole computer in my back pocket! There's no built-in floppy disk drive or CD ROM? Someday, and I'm serious about this, we're not going to want either of those things on our computers! 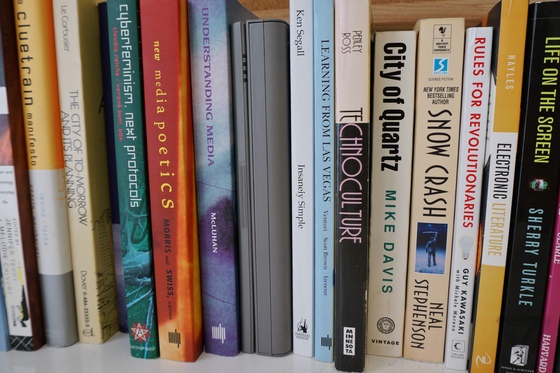 The Libretto was "gadgety" in a way that today's hermetically sealed mobile devices just aren't. It came with a PC card slot, a bundled floppy disk drive, and a port expansion dock for plugging in serial devices, printers, and a monitor. The bundled operating system — Windows 95 or its poorly named descendants — had you digging into the registry and messing with IRQ and DMA settings on a regular basis. The perniciously slow CPU sent you hunting for overclocking options that would tax the already miniscule 1200mAh battery. These weren't just tradeoffs for portability, they were ends in themselves for technology enthusiasts.

Through the lens of 2013, everything about the Libretto looks ridiculous

Through the lens of 2013, everything about the Libretto looks ridiculous. Nearly every bet Toshiba made about the future of mobile computing was dead wrong save two: it was aggressively small and ambitious. I'm not embarrassed to say I spent many Saturdays with my best friend at MicroCenter just sitting at the Toshiba end-cap and playing with the Libretto. We laughed at how small it was. We imagined learning to type on the insanely tiny keyboard. We scoffed at the crazy trackpoint and mouse buttons mounted next to the display. Most of all, we wanted it, and we wanted the mobile future it portended.