Microsoft is planning to bundle a free copy of FIFA 14 with European Xbox One pre-orders this year. At Gamescom today the software maker unveiled the free game alongside new additions to the Xbox One line up, and a new ID@Xbox program for indie developers. A free copy of FIFA 14 will be included with all European pre-orders, while stocks last says Microsoft. FIFA 14 on Xbox One will also include Ultimate Team, and an exclusive "football legends" mode that combines the stars of today with those of previous years. Ruud Gullit and Freddie Ljungberg will be the first players available in the new game mode, with Pelé and Patrick Vieira planned for the future.

Seven European countries will be able to take advantage of the free FIFA 14 offer, as all pre-orders from Austria, France, Germany, Ireland, Italy, Spain, and the United Kingdom are covered. The game will be offered as a digital download, and all pre-orders to date and pre-orders from today are covered. Microsoft is also launching an Xbox 360 FIFA 14 launch bundle on September 27th in Europe for £199. 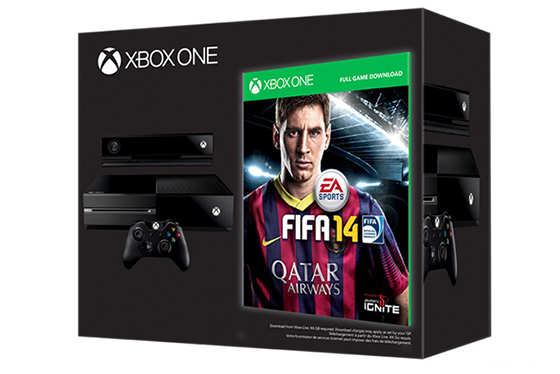 More from this stream Gamescom 2013: all the news that's fit to play