The largest gun bust in New York City history has netted 254 firearms and 19 indictments, and it all reportedly began with a little-known Brooklyn rapper bragging about selling guns on Instagram. Matthew Best — who has released a couple mixtapes under the name Neno Best — posted photos and video of various guns and large amounts of money, stating that he was selling weapons out of his Ocean Hill recording studio, according to the New York Daily News. Most of the posts have since been removed, but not before being spotted by New York Police Department narcotics investigators who then passed the info along to undercover officers. Shortly thereafter, an NYPD investigator found a multi-state gun trafficking ring, officials say. 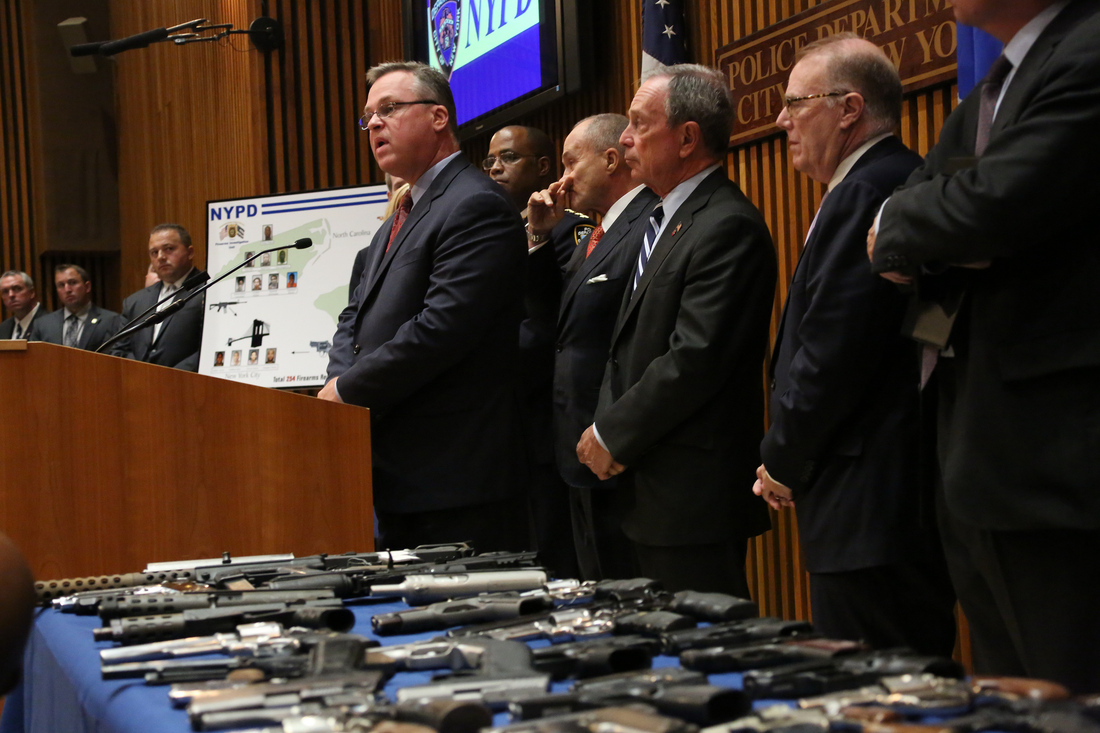 Last year, a lone undercover detective — who NYPD declined to name when announcing the indictment on Monday — began looking into Best. The undercover cop learned that Best and a friend, Omole Adedji, were selling firearms at nearly three times the price they bought them for from two gun runners — Walter Walker of Sanford, North Carolina, and Earl Campbell of Rock Hill, South Carolina, according to a report from the New York Post. In the 552-count indictment, Walker and Campbell are accused of running gun rings that brought weapons from the southern US up to New York to be sold.

In its investigation, NYPD says it seized 243 handguns, nine rifles, and two shotguns. Each of the weapons were displayed proudly on tables draped in blue tablecloths during a press conference held by Mayor Michael Bloomberg. Police noted that 36 of the guns had previously been reported stolen. Best, Adedji, Walker, and Campbell are all among the 19 charged in the indictment. The Post says the investigation is ongoing and being handled by New York Police, the Manhattan district attorney and the city's office of the special narcotics prosecutor.