Despite having seen plenty of impressive Xbox One games in action, we're decidedly less familiar with the console's user interface. To this point, Microsoft has only demonstrated the UI in small doses, both at the Xbox One unveiling and later E3. Aside from brief glimpses of a live programming guide, snap functionality, and other features, Microsoft has largely focused its promotional efforts elsewhere. Thankfully the company is putting a larger spotlight on the Xbox One dashboard at Gamescom 2013. The software shown off to journalists today was non-final, but paints a clear picture of what gamers can expect this November. The flat menu design is a clear evolution of the Xbox 360's current dash, though it's looking closer to a full-blown Windows experience than ever before.

It starts with logging in; Pocket-lint reports that Xbox One permits up to six accounts to be signed in simultaneously, with Kinect able to distinguish between those users by the sound of their voice. You can tell the console to display your friends list, for example, and if another player makes the same request moments later, Xbox One is smart enough to know which list should be on screen. And you'll likely be looking at those lists frequently on Xbox One since they're getting far more useful. You can "follow" up to 1,000 friends, but the number of followers you can ultimately tally is limitless. Your favorite multiplayer pals can be pinned to a favorites section to speed up party formation and get you into a game.

Your Xbox One will pretty much double as a Harmony remote

There's good news for home theater enthusiasts, too. Microsoft is taking advantage of the console's IR blaster in a big way. The Xbox One can control individual components of your living room setup — a TV, receiver, etc. — recognizing commands like "Xbox, volume up" to make quick changes. The configuration process reportedly resembles that of a Harmony remote; you simply search for a device in your home theater chain rather than dealing with codes or other cumbersome menus. 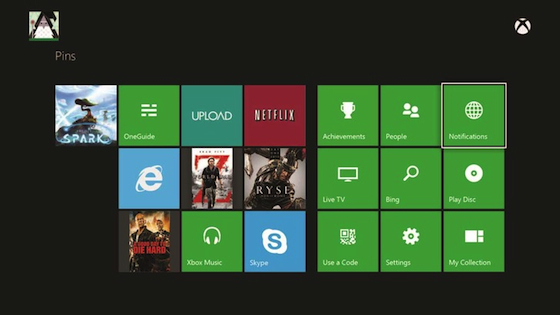 And as far as the in-game DVR goes, "Xbox, record that" is the prompt you'll be saying to capture your last 30 seconds of gameplay. From there, clips can be shared to a variety of video services via a dedicated Upload app that can be snapped to the side of your screen. Gameplay is preserved in 720p at 30 frames-per-second.  We expect to hear even more about the Xbox One dashboard as that November launch draws closer, so keep it locked for the latest.

More from this stream Gamescom 2013: all the news that's fit to play