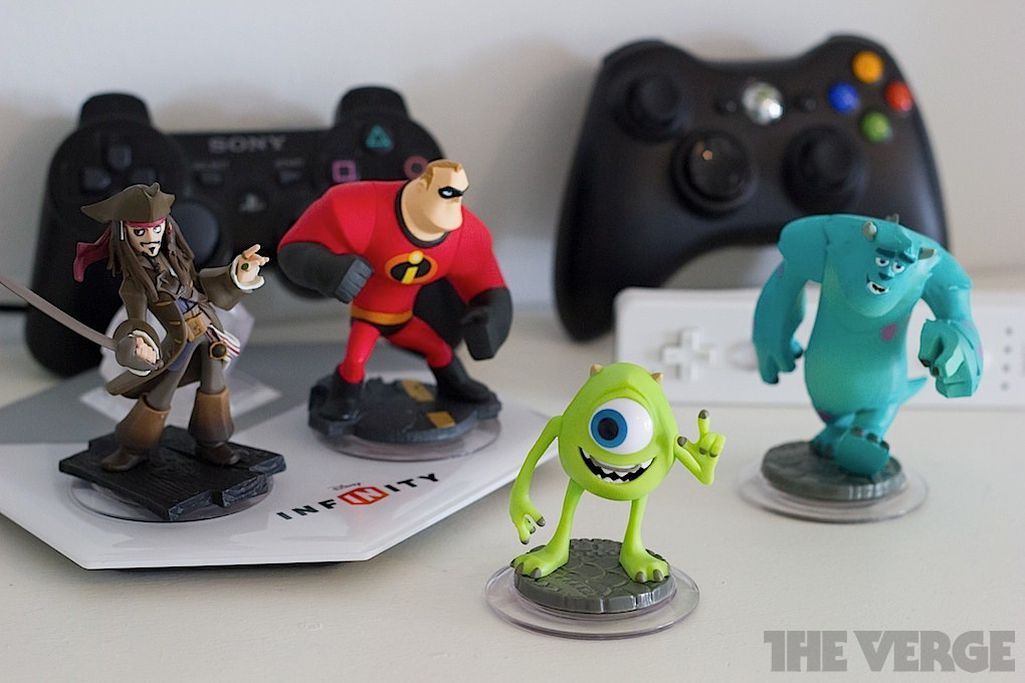 Building a kick-ass racetrack isn’t all that hard. All you need is the right tools: a deliriously twisty course, a few trip wires connected to turrets, and a sweet view of the Epcot Center.

I've spent a few hours on my creation, laboring over details like where the crowd of Monsters University students can stand and watch, but I'm nowhere near finished; for one thing, I still need to find a good place to put the Cave of Wonders from Aladdin. The course — which I’ve dubbed the Nemo 500 — is a paved road winding around a series of floating islands, each one home to a different Disney landmark. Smack dab in the middle, standing tall, is the clock tower from Monsters University, while a flowing river supplies waterfalls to the main island.

Disney Infinity's virtual Toy Box gives you an incredible amount of freedom to build just about whatever you want, whether it’s a virtual amusement park or an actual game. To do this you’ll use toys from a huge range of Disney favorites. The problem is that unlocking everything that makes the Toy Box so fun requires hours of tedium: half of the game feels like play, while the rest is just work. In order to get the most out of the Toy Box, you'll have to wade through a game that just isn't very interesting. 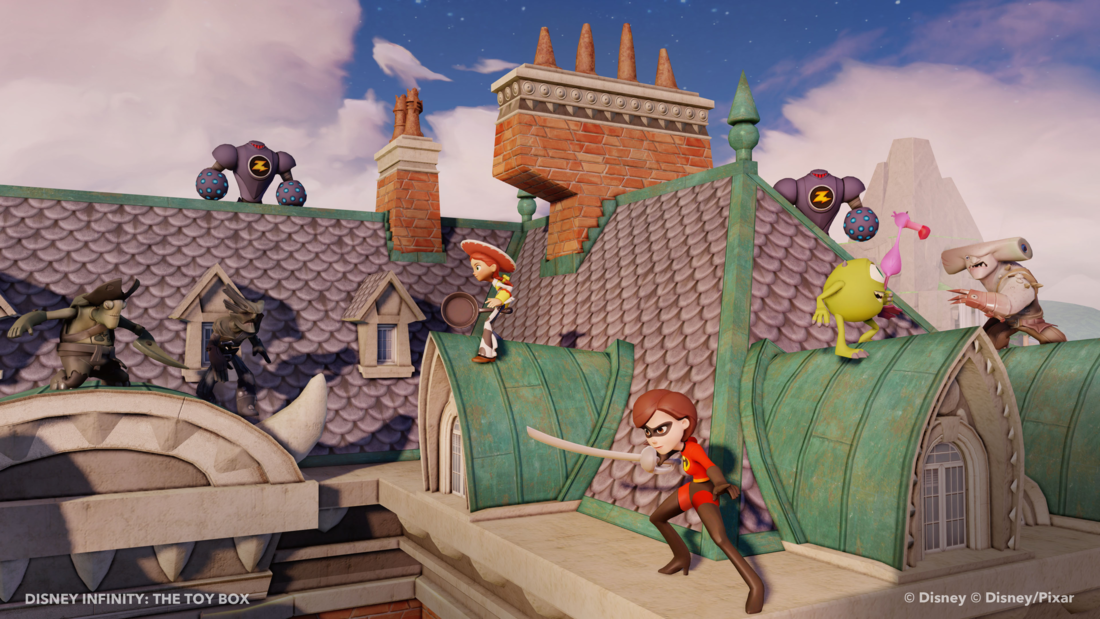 Disney Infinity is a big project. Like Activision's massively popular Skylanders series, it's part action figure line, part video game, and it’s available for just about every gaming device out there, including the Xbox 360, PS3, Wii, Wii U, and 3DS. The $74.99 starter kit comes with three plastic figures (Jack Sparrow, Mr. Incredible, and Sully from Monsters University) and a USB platform that lets you transfer those characters into the game simply by placing them on top. If you're in the Toy Box and want to play as someone else, just swap the figure on the platform and your new character immediately shows up on-screen. It's a neat trick, and likely a lucrative one: there are plenty of other characters you can buy, and plenty more on the way, all at $12.99 a pop. You can also buy packs of "power discs" for $4.99 that add smaller features to the world; one let me skin the entire Toy Box to look like a coral reef from Finding Nemo, for example.

The three base characters each come with their own Play Set, which is where Disney Infinity starts to resemble a more traditional video game. Each Play Set is basically its own self-contained video game, themed after a particular Disney world like those of Pirates of the Caribbean or The Incredibles. They all offer a few hours of generic third-party gaming action, each with some new type of gameplay. Pirates, for instance, features both swordplay and naval combat. The problem is that no matter which you're playing, what you're doing moment-to-moment is rarely all that fun or engaging.

It's more fun if you just mess around, 'Grand Theft Auto' style

There's simply no depth to the Play Sets. Missions are uninspired: you gather a bunch of random objects, or race to some location to flip a switch. In the Monsters University Play Set, you’ll spend most of your time scaring other characters and setting up college pranks, while The Incredibles involves a lot of beating up robots with Mr. Incredible’s massive fists. There are fun tools to play around with, like paintball guns and sports cars, but they're not put to good use. Really, the only fun to be had is when you stay away from the missions and just mess around, Grand Theft Auto style. Blazing through a level in a super-fast car and scaling towering buildings are the most exciting things you’ll do in the Play Sets, but when it comes to the actual structured content, it's the kind of gameplay you'd expect from a generic licensed product, mindless and dull.

Even worse, Disney Infinity loves to remind you that there's more content out there, if only you'd spend a little more. You'll frequently come across locked boxes or special missions that can only be accessed by certain characters, most of which don't come in the starter pack. When you just spent $74.99 on a game, it's pretty off-putting to have it constantly reminding you there's more to see for just another $12.99. 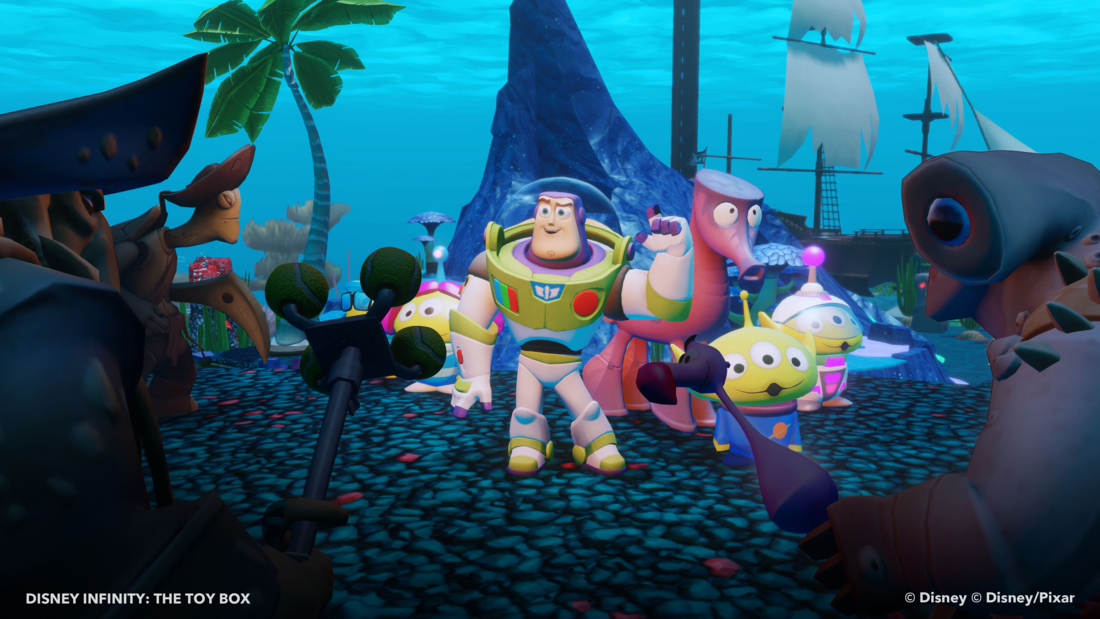 While the Play Sets are largely boring, the Toy Box is incredible. It's essentially a big, open space where you can build what you want using the in-game objects, like buildings and vehicles and decorations, all of which are referred to simply as "toys." Whether it's from The Lion King or Tron, it all goes into the Toy Box and you can mix and match as you see fit. It’s here that the numerous game types found in Disney Infinity's Play Sets, from driving to paintball, can finally be set free. You can build a haunted house littered with traps, a paintball arena to battle with friends, or, if you're like me, the Hot Wheels course of your dreams. I made one world that was just a death maze, filled with Aladdin’s palace guards and Alice in Wonderland’s playing-card soldiers. There was no objective, I just wanted to test out my sword fighting skills. The sheer number of options is pretty staggering, and the Toy Box is undoubtedly the highlight of Disney Infinity. 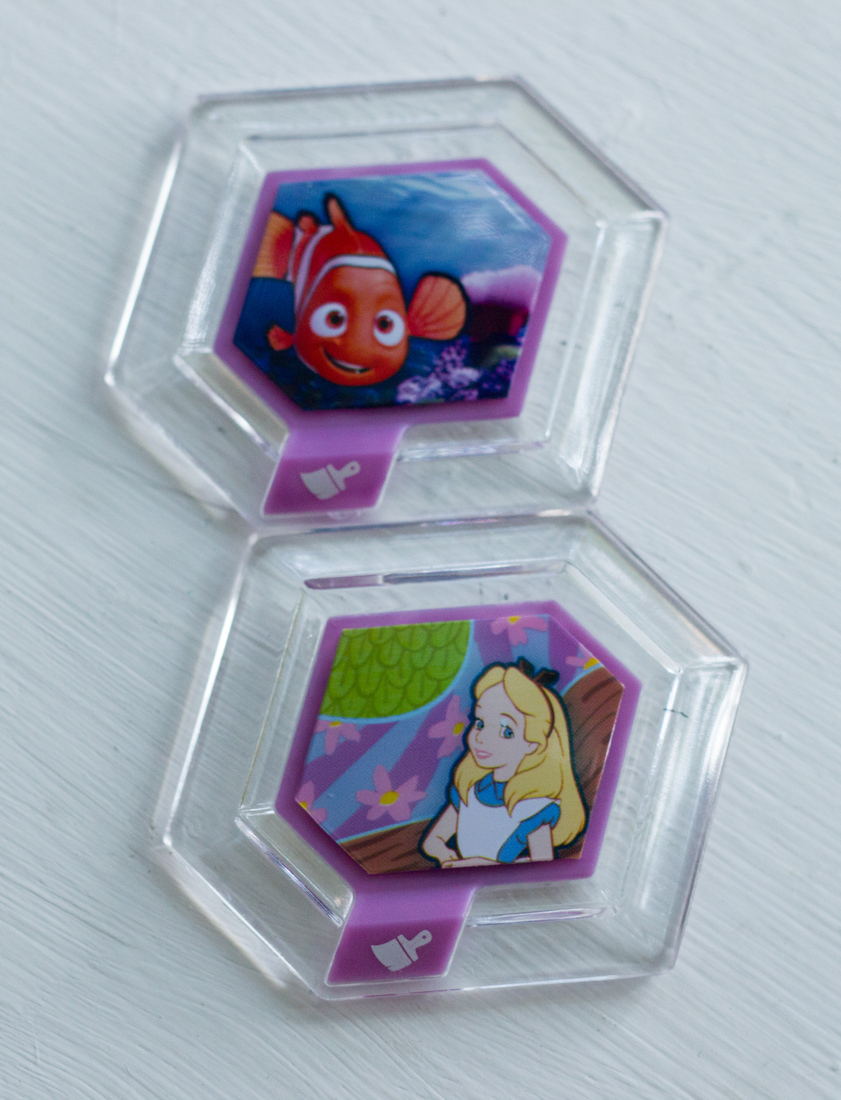 The problem is that you can’t enjoy the Toy Box without spending hours in the Play Sets, as most of the content in Disney Infinity is initially locked away. In order to access it you'll have to trudge through every Play Set, playing through one mind-numbing mission after another. And just playing through the main missions isn't enough: there are also plenty of side missions, as well as toys hidden in every nook and cranny of the different worlds. Of course, there are also all of the tasks that are only available if you head down to Best Buy, purchase the right character, and unlock its content. There’s a lot in the starter pack, but it’s far from everything — and it takes forever to unlock.

Disney Infinity also employs a slot machine-like system for unlocking certain toys. As you complete missions and level up your characters you'll earn tokens — use them to take a spin, and win any of a number of different toys. The odds seem stacked against you, though, so you'll rarely get anything truly cool — I've been trying to get the flying house from Up for days, but I keep getting different styles of sidewalk instead.

Even after playing for more than a dozen hours, my Toy Box still feels disappointingly empty. I can build some cool things, but I know that there's still so much more out there. And at some point I'll have to leave the comfort and fun of the Toy Box to go unlock more stuff and earn more spin tokens. It'll take a lot of drudgery before I can fly around in an Incredicopter.

When everything clicks in Disney Infinity, it's great. The creation tools are simple and intuitive, yet flexible enough to let you build some amazing things. There’s a streamlined pop-up menu that lets you pick and place objects, and you can run around with a magic wand moving and customizing objects. Some of them can even be linked together, so that a trip wire will trigger a trap (like a firing cannon) when someone walks over it.

Meanwhile, the sheer range of toys you have access to allows for plenty of different game types. There's also an oddly satisfying thrill to seeing Disney worlds mashed together: Jack Sparrow, wielding a raygun, while riding Abu the elephant is just something you won't see anywhere else. And it’s even better when he’s doing it in an underwater world filled with college-age monsters and gigantic robots. Even the physical toys themselves are great, with beautiful design that looks wonderful sitting on your shelf. Even considering my problems with the game, it'll be hard not to buy more when the Toy Story and Wreck-It Ralph figures launch; they just look nice.

Disney Infinity ultimately lives up to its promise, and lets your imagination run wild. The hard part is getting there — there are too many hurdles before you're really set free. Me? I need to get back to perfecting the Nemo 500. I just can’t decide where to put Cinderella’s castle.