On Monday Mark Zuckerberg announced the formation of Internet.org, a partnership with some of the biggest players in the smartphone space, to bring internet connectivity to poor people in the developing world who can't afford or access it yet. The group positioned itself as a charitable effort, but make no mistake: this is also a sober business move that puts Facebook and its friends in the smartphone world front-and-center to court the biggest group of untapped customers left on planet earth.

That's a bit of clever dissembling. The idea that Facebook and these other public companies are working to spread the internet without any thought or promise of eventual profit seems unlikely, to say the least. Facebook has already saturated the industrialized world, so developing countries have created Facebook's fastest growing source of revenue. Over the last year, the company's revenue has grown 43 percent in North America and 45 percent in Europe. In Asia and the rest of the world, by contrast, Facebook's revenue grew 82 percent and 88 percent. 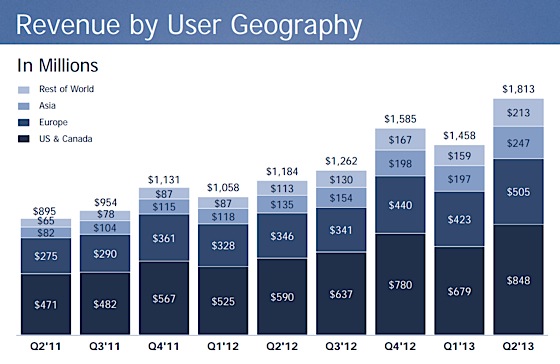 The group's plan to subsidize and support the build-out of internet infrastructure paves the way for a transition from low-margin voice and text contracts to more expensive and profitable data plans. "If you’ve grown up in an area where you’ve never had a computer or access to the internet, then if someone asks you if you want a data plan, chances are you wouldn’t know what they’re talking about," Zuckerberg explains. "The internet and data are abstract concepts. Most people don’t want data; they want the services you can use it for. However, if you ask the same person if they want Facebook access, they’re more likely to say yes." For example, the company rolled out Facebook for Every Phone in partnership with 20 global carriers. The app is free for the first 90 days, but then begins charging data fees for all those photos and messages. 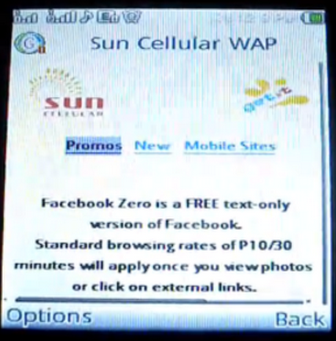 Unlike Apple, which makes money selling devices, Facebook makes money when people rely on its services. Just as Google has pushed for Android to become the biggest mobile operating system, Facebook wants to become synonymous with the web in developing countries. Facebook Zero, a stripped down version of the social network for feature phones, helped the company grow over 114 percent across Africa in the first 18 months after it rolled out. A recent article in Quartz found that in the Philippines, thanks to deals with handset makers and mobile carriers, "Facebook is literally becoming the internet." While it's dressed up in noble goals, Internet.org is pushing to give Facebook and its partners that same opportunity in the last unconnected corners of the globe.

The most important piece of this project to unpack is that Facebook wants to ensure its model of the web, in which your identity is leveraged to target advertising, is the paradigm powering internet access. "Over time, we may be able to help improve some of the social infrastructure that is still nascent in many developing countries," Zuckerberg writes. "The lack of credit infrastructure prevents operators from oﬀering post-paid models that could enable them to make longer term investments in their customers. And while operators know some information about their customers, the pre-paid model prevents them from knowing who their customers are. Giving people the ability to link their Facebook or other accounts with operators could help solve these problems and make it easier to provide better service."

In other words, if the local people are too poor to finance the build-out of internet access, Facebook is happy to pick up the slack — in exchange for access to their identities.