PS4 is a return to the spirit of the early PlayStation days, says the man who built it

Share All sharing options for: PS4 is a return to the spirit of the early PlayStation days, says the man who built it

Even if you weren't familiar with Mark Cerny before the start of this year, you'll have been hard-pressed not to hear his name after he was announced as the PS4's lead system architect. The man in charge of specifying how much oomph Sony's next black box will need to carry on the storied PlayStation heritage was in Cologne, Germany, this week to participate in Sony's Gamescom activities. He sat down with us in the midst of the gaming show maelstrom to discuss the work he's been doing over the past five years and where he hopes it'll take Sony's home console over the next decade.

Let's start off with your Gamescom press conference. While Microsoft relied on familiar franchises like Fable and FIFA at this year's show, you really showed off a variety of gameplay styles and genres, from developers big and small.

It does really feel like we're heading back to the spirit of those early PlayStation days.

Do you think you ever got away from it?

If you look at what happened in those early days, because game development was so inexpensive, it was possible to just have a concept, a wild idea, and just try it. And as game budgets escalated — over PlayStation 2 and PlayStation 3 — it got harder and harder to really turn that kind of idea into reality.

"It was possible to just have a concept, a wild idea, and just try it."What's happened now is, thanks to digital distribution, we can really support titles that are less expensive to make. It's very possible now to have a title that only sells 10,000 units or 5,000 units and yet is a very profitable title. That brings something special to the platform.

On the topic of distribution, did you ever consider digital-only distribution or did you always feel the need to have a physical medium?

PlayStation is sold in such a diverse group of countries across the world that we always knew that we would need physical media to some degree as part of our overall strategy. In general, we try to say "you can be part of this." So "you don't have an internet connection, therefore you cannot be part of PlayStation 4," that's not our approach, we wanna be as inclusive as possible.

I think that digital distribution is going to work brilliantly in many places and many areas out there. I just did the math on Knack, and if you had 8Mbps, you'd be up and playing the game in something like an hour and a half. Which is pretty good for an internet connection that is not all that fast. And then you'd stay ahead of the download speed for the rest of the game, because we have play-as-you-download.

That ties in to the way Shuhei Yoshida started Sony's presentation last night, browsing through the new UI. The whole vision for the PS4 seems to be one where you hop on the console, you start channel surfing through games being played, see one you like, and you immediately jump in.

"Not everything that we came up with is going to be a day one feature."We're looking to create a fluidity of experience. Shuhei last night, I think he was spectating Killzone and then he joined the match.

That's right, and people applauded because it was smooth and fluid, like you said. How much of this are we going to see at launch?

I honestly do not know specifically what our launch feature set is. When I was working as part of our working group to try to figure out what we wanted to do with the larger user experience to support the games, we really looked at it in terms of what we want the PlayStation 4 generation to support. So we looked for what would be really compelling experiences for the players. And then, of course, not everything that we came up with is going to be a day one feature.

The new DualShock controller comes with a Share button, the first addition of a whole new button since the original PlayStation pad, and you also have dedicated hardware inside the console for recording and processing gameplay videos. How much does this extra social layer add to the cost and complexity of the PS4?

The Share button itself is an extremely inexpensive feature. It's one additional button — in fact, it's not even that because it's a repurposed button from the DualShock 3. As to the hardware recording, we knew we needed to put in full video encoding and decoding into the hardware because all these media features are so important for a next-generation console. I think the only cost you can really point to is that we need a small buffer on the hard drive to store the data.

"There'll be a new, more social dimension that comes in the PS4 gen."To a lot of people, social gaming is less about exhibiting their success and more about having really compelling multiplayer experiences. Can you tell us about how Sony is addressing that side of things?

Definitely, there's a paradigm that's extraordinarily successful for multiplayer play; we've been seeing it in the PlayStation 3 generation. What we're thinking now is that there will be a new, more social dimension that comes in the PS4 generation. And for those people that are interested in sharing their videos and screenshots, we want to make that as immediate and simple as possible. This goes back to what I started out by saying, we want to be inclusive and we believe there are people who will really enjoy using those features.

There was a rumor recently of a content distribution deal between Sony and Viacom. What are you doing to counter Microsoft's pitch of the Xbox One as an entertainment hub where gaming is only one aspect?

Returning to the PS4 hardware, what was the thinking behind the particular specs you chose, and how many years of service do you expect to get out of it?

We wanted to have very clear differentiation of the PS4 experience from the PS3 experience. So we felt that if we had 10 times the hardware performance — both the CPU and GPU — that that would be sufficient to supply that differentiation. As far as the lifetime goes, it looks to me as if the longevity of the PlayStation 4 will be roughly the same as the longevity of previous PlayStation platforms.

During that time, the console goes from being a cutting-edge piece of hardware at a higher price to being ultimately something with a very, very broad distribution at a lower price.

With all the excitement building up around developing for the PS4, how do you keep developers' attention also on Vita?

Right now, we are very actively working with partners to ensure that there's a strong Vita library going forward. The teams that do Vita titles do tend to be different from the teams that do PlayStation 4 titles. I think that plays into software support of the respective platforms. And right now, Vita is selling very well in Japan. 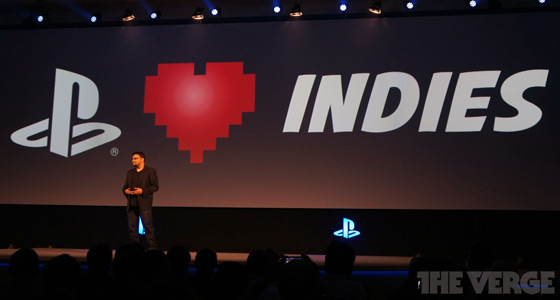 There's a lot of indie developer love at Sony, but you don't seem to have as much of a focus on exclusive titles as Microsoft. Is that perception accurate?

I believe an underappreciated aspect of what's going on is that PlayStation 4 is the world's most powerful games console, and I think that is going to become increasingly apparent as time goes by. Even if titles are multi-platform, if the game experience is more responsive or more visually attractive on a certain platform, it definitely does play into the overall success.

What's your ideal scenario for how the PS4 develops over the next few years?

We really had two goals in mind. We wanted to make something that was very accessible. But we also wanted to make hardware that could grow over time as people really learned its feature set. What I believe we're going to see is that the launch titles will have fairly straightforward usage of the hardware — and they should look quite nice because it's a very powerful console! 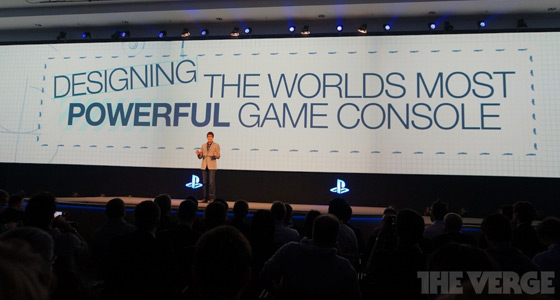 Then, over the next few years, as developers dig in and learn how to target the various hardware features with their games, I think we're going to see dramatic improvements in terms of the visual quality of the titles and also the degree of interaction that players can have with those worlds.

Was it always going to be a black box? Did you not consider colors or more flamboyant things?

Was there any tension between the engineers and the industrial designers? Were you ever told you can't have something because there wasn't room for it?

No, my work determined the volume and the width of the box — because power consumption tells you how large your fan and your power supply need to be. And because our power consumption is substantially lower than on PS3, the weight of a PlayStation 4 is roughly half of the weight of the initial PlayStation 3. But then they could take that and they could do pretty much anything they wanted to in terms of the way that the box would look.

"The weight of a PlayStation 4 is roughly half the weight of the initial PS3."We designed the custom chips, we built the hardware, and then they figured out the final look. I'm sure there was interplay between the designers of the fan and the designers of the box, because those need to work together, but as far as figuring out whether we were going to have 1.843 teraFLOPS of floating performance or not, there is no interaction with the design team.

Finally, when did you begin development of the PS4 in earnest?