A Japanese website has published new photos of the gold-colored iPhone 5S that Apple is rumored to announce next month. According to reports published earlier this week, the company will announce the device at an event on September 10th. Photos purporting to show the phone have trickled out online, though the images published today on Japan's ASCII website look far more convincing than earlier leaks.

As previously reported, the champagne-colored device looks similar in form to the current iPhone 5, though the standard "iPhone" inscription on the back appears to be in a slightly thinner font. According to the site, the phone's new shell was produced by parts supplier Moumontai. 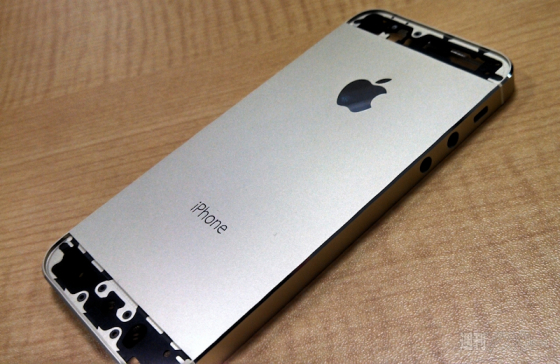 Apple will also release its vastly redesigned iOS 7 software at next month's event, and is reportedly developing a line of low-cost, multi-colored iPhones. It remains unclear, however, whether the company will announce its rumored budget line next month or at a later date.

Update: AppAdvice has published more photos of the gold (or "champagne") iPhone's rear housing. The images include the device's SIM tray, volume rocker, and other buttons. And the elongated camera flash cutout again lends credence to a dual LED setup for the next iPhone. 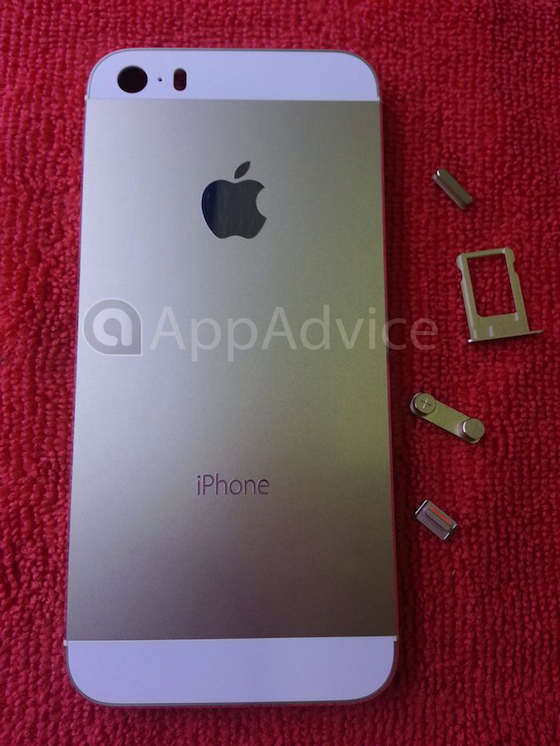