Spec Sheet: Canon plays it safe with the G16 point-and-shoot

Spec Sheet: Canon plays it safe with the G16 point-and-shoot

Canon has long targeted enthusiast photographers with its PowerShot G series of cameras, which offer plenty of controls and flexible zoom ranges. But the surrounding competition has become more and more compelling each year as they put bigger sensors into smaller packages. Now Canon is back with the PowerShot G16, which largely sticks with the series' proven formula — it’s $549.99, is slightly smaller and lighter than its predecessor, and also includes Wi-Fi this time around. But with its high price, that may not be enough to convince photographers it’s the right way to go. 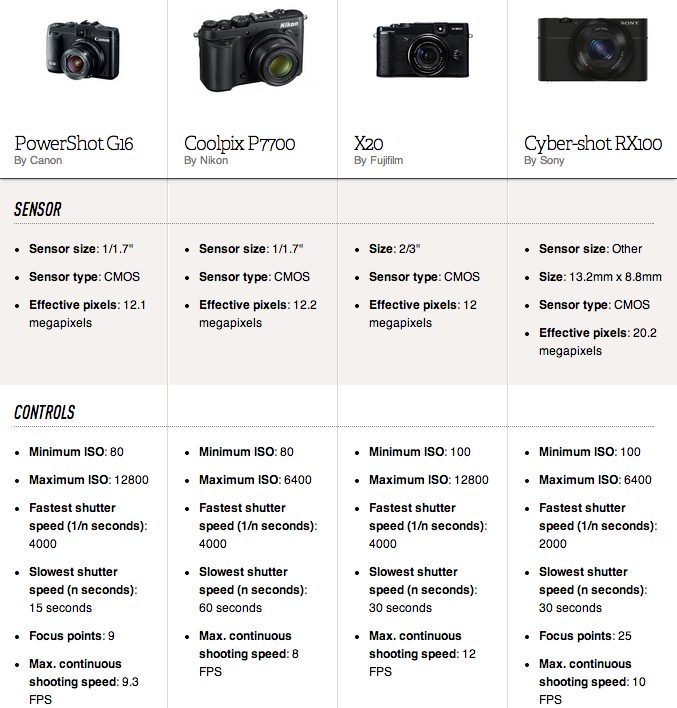 More controls than you could hope for

One of the G series’ biggest advantages has been its attention to manual controls. This year’s model is no different — it has a front control dial, dedicated dials for scene selection and exposure compensation, and a slew of buttons on the back for adjusting ISO, focus, and more. They're almost certain to be welcome by the type of photographers that Canon is aiming the G16 at — those looking for creative options in a small, self-contained package — but they're not all that much different from what you'd find on similarly priced and sized cameras from Fuji, such as the X20, or Nikon, such as the Coolpix P7700.

But while the X20 and P7700 may be among the most similar competitors, they aren't the reason that Canon has to worry. Priced just slightly above it is now Sony’s much-loved RX100, which has a body size closer to that of a traditional compact camera and a sensor size that makes the others pale in comparison. Canon would probably prefer to take on the RX100 with its higher-end G1 X, but it's a considerably more expensive and bulky camera, making the G16 a much closer option. 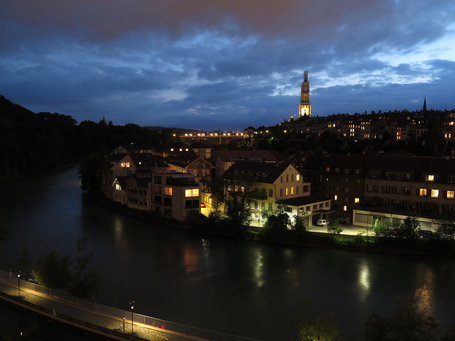 Though it can't match on sensor size, Canon tries to pick up the pace elsewhere: the G16 comes with Canon’s DIGIC 6 processing engine, which ought to combine with its High Speed Autofocus and fast lens for better low-light photos than on earlier G cameras. That lens hasn't changed for this iteration, but it still reaches f/1.8 at its widest, 28mm, and can stay as bright as f/2.8 even at its full telephoto reach of 140mm. That keeps the lens on Canon’s latest a little bit beyond the capabilities of the X20 and Coolpix P7700, which only hit f/2.0 at their widest. As far as zoom range goes though, the G16's telephoto distance falls right in between the two.

Tons of controls and a viewfinder certainly stand out

While the RX100 meets the G16 at f/1.8, it can only zoom out to 100mm and has to stop down to f/4.9 when it gets that narrow. The G16 also includes Wi-Fi, unlike Sony’s camera, as well as a direct optical viewfinder — direct viewfinders aren't always a perfect solution for photographers, but one could well be preferable to a digital screen when trying to stabilize a shot. The viewfinder's presence — alongside a wealth of physical controls — really helps to differentiate Canon's camera from Sony's, which is fairly sparse when it comes to buttons and dials. It's part of what's made the G series stand out in the past, and it continues to against its biggest competitors.

But for the most part, added conveniences and usability improvements don't matter quite as much as image quality. Canon’s sample images look good, but it'll be hard for the G16’s smaller sensor to match the continually strong performance seen in the RX100. It’s also a bigger and heavier camera, and it probably isn't something you can throw into your pocket like the RX100 is — at least not comfortably.

Beside its direct competition from Nikon and Fuji, Canon’s latest G series look like it'll be fairly competitive when it's released in October. But whether the form factor embodied by the G16, X20, and P7700 still makes sense today is another question. Below it are smartphones that are killing off traditional point-and-shoots, and not far above it are more powerful cameras like the RX100. Cameras like the G16 stand out for their robust control schemes, but that might not be what matters any more.

There were a few other additions to the database this week:

If you want to learn more about any of the products mentioned above, all of our information on them can be found through the database box located beneath the article. For more on cameras, laptops, and just about every product around, you can check out the full Verge Database right here.