Pogo is like MagSafe for your headphones, but you can't buy it

Share All sharing options for: Pogo is like MagSafe for your headphones, but you can't buy it

With the introduction of the magnetically attached MagSafe power connector, Apple saved millions of MacBooks from taking a tumble onto the floor. Now, product designer Jon Patterson has applied the same idea to headphones through a concept he calls Pogo. Just like Apple's MagSafe, Pogo will disconnect itself from your device when given a sharp tug.

Pogo consists of two parts, a 3.5mm jack, which plugs into your device's headphone port, and a 3.5mm port, which you plug your regular headphones into. The two pieces are held together by a neodymium magnet and four "pogo" pins, which allow signal to pass through but also disconnect if you pull hard on the wire. In a concept video, Patterson envisions users having multiple Pogo jacks plugged into different devices, allowing you to plug your headphones into a number of devices without fussing with the connectors. It's a very simple concept, but if it ever gets made it could prevent accidents that lead to cracked screens or broken headphone ports. 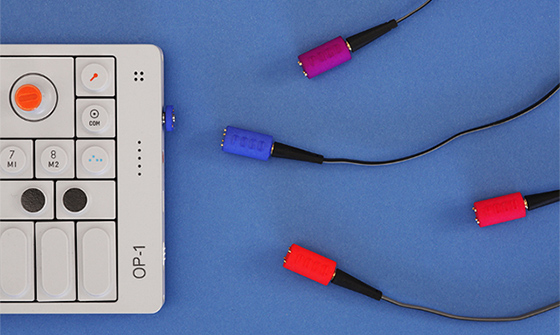 Patents are preventing the idea from progressing

Unfortunately, Pogo is just a concept, existing only as a non-working prototype created using a 3D printer. Although he'd like to develop Pogo further, Patterson tells us he's been unable to get a response from companies holding some key patents that Pogo could potentially infringe on. He believes the natural progression of the concept would be to scale it up to power cords in an open way, but he's not hopeful that he'll ever get the clearance from "aggressive" patent holders to go ahead with his plans.

If you like the concept, there is some hope: perhaps because of its simplicity, Pogo isn't an entirely new idea. HP's ill-fated webOS smartphone, the Veer, had a magnetic headphone attachment, and Skunk Juice has a range of products that utilize magnets in the same way, but neither company lets you use your own headphones with its system. There's also Replug, which uses elastic rather than magnets to protect your devices in the same way as Pogo's creator hopes to.