Over a decade in the shadow of Bill Gates

CES 2010 could have been the defining moment of Steve Ballmer's tenure as Microsoft's CEO.

The company had been secretly developing a forward-looking tablet called the Courier. Instead of presenting a prototype, though, Ballmer showed off the forgettable HP Slate running Windows. On stage, Ballmer chose to highlight its PC partners, noting they were doing "some great work with slate PCs."

The Slate flopped when it finally debuted 10 months later.

In many ways, it could have been Ballmer's opportunity to shine, because it was Bill Gates — not Ballmer — who made the final call to kill the Courier behind the scenes. Microsoft’s would-be tablet didn’t run a full version of Windows, and Ballmer’s decision was just one of several examples where he opted to protect the legacy that Gates had helped build. Microsoft might have had its own iPad without Windows, but we'll never know.

Two years earlier, Gates, with Ballmer by his side, had bid an emotional farewell to the company he helped found. The two had spent decades working closely on building the dominant Windows and Office software, and Ballmer had always been Gates' right-hand man. Gates completed his transition to chairman in 2008 and ended his day-to-day work at Microsoft. "I'm not going to need him for anything," said Ballmer at the time. "Use him, yes, need him, no." Five years after Gates' departure — and an unlucky 13 after first taking the reins — Ballmer is retiring amid the most critical strategic shift in Microsoft's history.

Ballmer inherited thriving products from Gates in 2000, just after a grueling antitrust trial over Microsoft's monopoly of the PC industry. This was the Windows era, and despite the trial Microsoft still continued to dominate desktop computing. Microsoft was preparing for Windows XP at the time, and Apple was readying the iPod. After years of struggling, and a $150 million investment from Microsoft, Apple was focusing on mobile and was on the verge of a revival. It was also the start of 13 years of Ballmer's influence on Microsoft, and a time for him to prove the company could move beyond just Windows and Office. While Microsoft struggles with smartphones and tablets today, when Ballmer took over he was readying software for both that was essentially ahead of its time. Samsung, HTC, Palm, Motorola, HP, and countless other OEMs created hardware based on Microsoft's Pocket PC software. Microsoft was the big fish in a small pond, but Ballmer missed huge emerging threats: Apple and Google.

Early in the smartphone game, but a reliance on Windows

Microsoft soon found itself in the unusual position of playing catchup after it struggled to adapt its software to cater to emerging hardware and the touchscreens that now power all modern smartphones. "We've got great Windows Mobile devices in the market today … I kinda look at that [the iPhone] and I say well, I like our strategy, I like it a lot," said Ballmer in 2007, just after the iPhone was unveiled. Ballmer's strategy led to versions of Windows Mobile that desperately tried to make the stylus-based touch software finger-friendly, but it was ultimately unsuccessful and scrapped for a completely new platform, Windows Phone, that still struggles for global market share to this day. While Microsoft was resetting its mobile plans, Google was busy building Android and aggressively mirroring Microsoft’s approach of providing software for phone makers. Apple was also improving the iPhone, making it even harder to catch. Instead of an early lead and vision for smartphones, Ballmer placed Microsoft behind by relying on its Windows legacy and the shadow of Bill Gates. 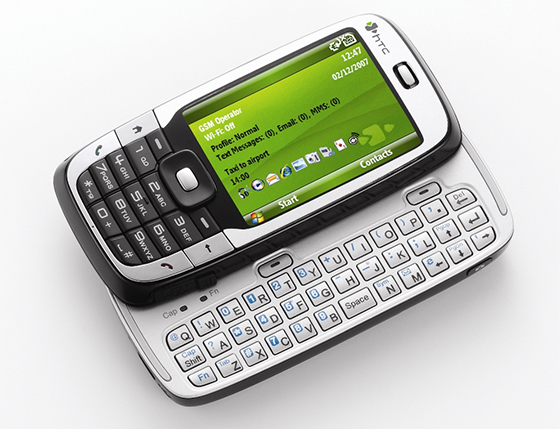 Ballmer regrets Vista the most

Ballmer’s biggest regret during his time at Microsoft was Windows Vista, a successor to Windows XP. The operating system was delayed multiple times due to a complicated development process. Microsoft over-promised on features, and under-delivered with the end result. It didn’t run well on existing devices and the low-cost netbook era — which was then in its prime — lacked the hardware muscle to take advantage of it. The Windows brand took another hit when Apple tried to capitalize with its "Get a Mac" campaign. The ads painted a picture of an uncool Microsoft, and Ballmer eventually put Steven Sinofsky, who was working on a new Office user interface at the time, in charge to address the complaints and ship Windows 7 years later.

Although Ballmer has continually protected Gates’ legacy portfolio of blue-chip products, his time as CEO has also led the company into new areas. Microsoft has slowly been catching up with Amazon's cloud services, with its Windows Azure service even powering Apple’s iCloud. It's now an important part of the company's growth, alongside its server and business products. The Xbox has also been incredibly successful, and Ballmer oversaw the introduction of the controller-free Kinect sensor. As Windows continues to shrink in the face of a PC decline, it's successful business products and services like Office 365 that are allowing the company to keep focusing on battling back where it's weak.

Strong successes among the failures

Ballmer has also tripled revenues and doubled profits for the company over his years as CEO, proving he's a good businessman who has shepherded Windows and Office over the years. He’s spent a lifetime at Microsoft and it’s clear he loves the company, but his reliance on the Gates legacy and a lack of vision have now placed Microsoft in a tricky position. Windows Phone sits at 3.7 percent of the smartphone market — a slow-growing share over three years — and Windows 8 is a long and risky bet that may never pay off unless the perfect hardware and a range of new "Metro" apps arrive.

But perhaps no Ballmer-led decision has gotten more attention than that shelving of the Courier, which had been spearheaded by forward-thinking Microsoft designer J. Allard, back in 2010. The move has served as a rallying cry for Microsoft detractors ever since, a microcosm of a corporate culture where delays — often driven by internal politicking — have put the company behind. And the Courier wasn’t the only Allard-influenced project to crash and burn on Ballmer’s watch: the Zune media player and Kin phone were both rife with questionable decisions that ultimately led to their demise.

Ballmer knows Microsoft needs transforming, but he's not the man for the job

Ballmer's late-to-the-game approach over the past 13 years hasn't fully moved Microsoft on from the shadow of Gates and the PC, and he'll never get the chance to fix that himself. Instead, his retirement is an admission that he isn’t the best person to transform a software giant into a devices and services company. He’s restructured the company in an attempt to achieve that goal, but the hardest work — the job of actually executing the strategy — will be left to Microsoft's next boss.