We can rebuild him, we just need the money

Share All sharing options for: We can rebuild him, we just need the money

Prosthetics are advancing fast: in just a few decades they've gone from rudimentary tools to high-tech limbs capable of advanced movements. Researchers are now working on ways to integrate prosthetics even more closely with the human body, but there could be one big issue on the horizon: funding. "You have a high-end product with a small market," Michael McLoughlin, a leading prosthetics researcher at Johns Hopkins University, tells Smithsonian Magazine. "You're not going to make your billions by investing in prosthetic limbs."

Even so, researchers have plenty to show up to this point. In a profile of the state of prosthetics, Smithsonian notes that one project, the Bionic Man, was able to recreate over half of the human body using robotic parts and artificial organs — it just cost around $1 million to build. But prosthetics in general are finally reaching a state where both wearers and observers are starting to think of them in a much more positive way. "Before, the looks I got were an ‘Oh, what happened to him? Poor him,’ sort of thing," Patrick Kane, wearer on a robotic i-limb device, tells Smithsonian. "Now, it’s ‘Ooh? What’s that? That’s cool!'" 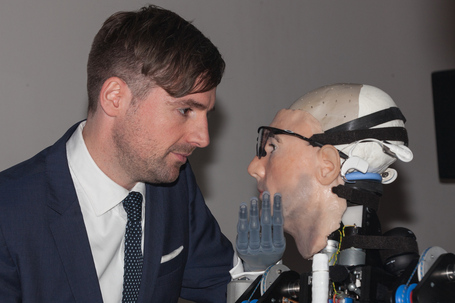