Parallels Access puts Mac and PC apps on your iPad for $79.99

Parallels is best known for its virtualization software that lets Mac owners seamlessly run Microsoft's Windows OS. But today the company is taking up another mission: it's attempting to bring desktop apps to the iPad in a way that's intuitive and actually useful for consumers. Many have tried and failed; dozens of iOS applications already allow users to remotely control a PC or Mac with Apple's tablet. But no clear favorite has emerged. Parallels previously gave it a shot with Parallels Mobile, an app that was quietly discontinued earlier this year. But with a new product called Parallels Access — which requires a separate $79.99 annual subscription for each computer you use it with — the company thinks it has found the right formula. And its revised approach can be summed up with one word: native.

Can desktop apps really feel 'native' on an iPad?

Access, according to Parallels, lets you run full-fledged Mac and Windows apps "as if they were made for iPad." The "applify your universe" tagline is rather unfortunate, but it's an exciting premise for users that occasionally need to retrieve or edit a file that's stuck on a home PC. But can it deliver? The setup process is simple enough. Download a client for your desktop, install Access on an iPad, and you're off. Rather than presenting users with a complicated, desktop view, Parallels Access cuts down on the clutter by grouping your applications into a simplistic, customizable launcher menu. 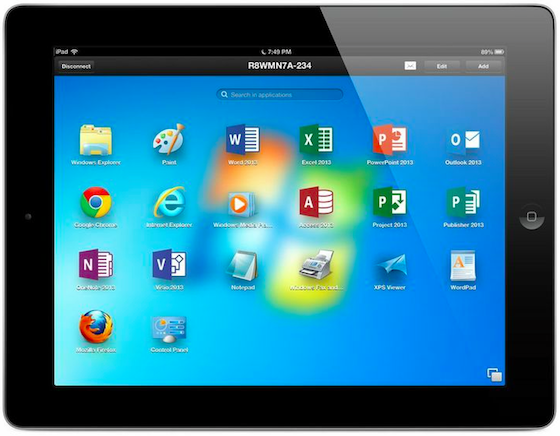 Any apps you open are automatically maximized to a full screen view, which helps enhance the "native" feel Parallels is going for. But the illusion only goes so far. It's hard to mistake Lightroom for an iPad app, after all. All of the iOS touch gestures (like pinch to zoom) you'd expect are here, and Access supports native iOS actions like copy and paste.

It mostly works as you'd expect

You'll still inevitably find yourself tapping on icons that aren't finger friendly, and thankfully Parallels has taken steps to cut back on user frustration. If one of your taps is slightly off target, a feature called SmartTap will compensate on the fly so you'll still select the right menu item. Parallels has also come up with clever ways of interacting with control sliders in apps like Photoshop; simply hold your finger down for a few seconds, and an animation signals that you can then drag an item as you normally would. 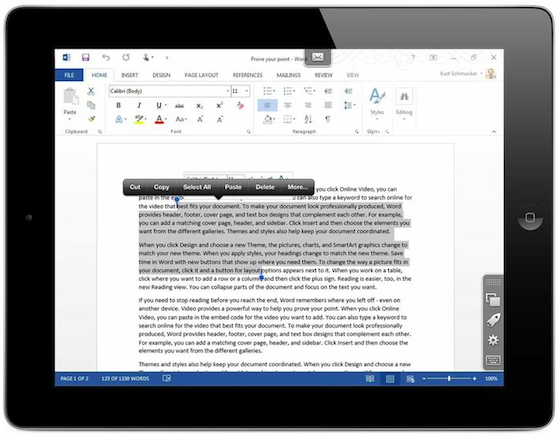 As for how it performs, Parallels Access was responsive in our brief tests. There's always a hint of lag when you're controlling the remote Mac or Windows machine, but it's not by any means a deal breaker. Your experience could obviously vary dramatically based on the speed of your wireless network, but the company claims that Access has been optimized for subpar connections. On our LTE iPad with three bars of service, we were still able to complete some comprehensive tasks. Just don't expect to do any remote gaming with this app, as that's not what it's for.

So who is Parallels Access for? If it were priced somewhere below $10 or even $20, it'd be an easy recommendation for anyone that needs to access a PC or Mac from afar. But that $79.99 fee is tough to swallow, particularly now as productivity software like Office — long exclusive to the desktop — finally makes the jump to iOS. This latest Parallels product is for a very specific customer, but with a free 14-day trial to test the waters, you've got some time to figure out if it's right for you.