Here's what to expect from a busy week in Berlin

Share All sharing options for: At Europe's biggest trade show, Samsung and Sony bring their best to upstage Apple

Springtime in the consumer electronics industry comes in September. The seventh month of the Romulus calendar marks the intersection of two major annual shopping sprees: the back-to-school resupply for students and the holiday season gift hunt for the rest of us. Tech companies sate this increased demand the only way they know how: with a flurry of new products, services, and related trinkets. The IFA trade show in Berlin, taking place at the beginning of September every year, is the bellwether event where this cycle of renewal gets its start.

The 53rd Internationale Funkausstellung Berlin is set to follow a similar itinerary to last year’s exhibition: Samsung and Sony will have big blowout events the day before the show floor opens, to be followed by less grandiose announcements from the likes of LG, Lenovo, Dell, and Toshiba. So what can we expect once the suits have been pressed, the hair slicked back, and the presentation pitch perfected for maximum weirdness? And can any of these companies out-do Apple, which is strongly rumored to be holding a new iPhone event on September 10th? 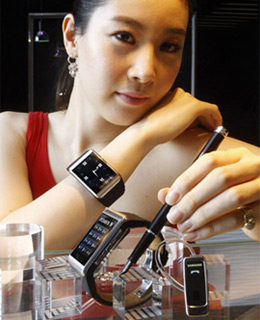 Ever since Dick Tracy first introduced the idea of a wrist-worn communication device to the popular imagination, interest in developing such a gadget has waxed and waned. Almost every tech company has tried its hand at building a smartwatch — from LG’s Watch Phone through Motorola’s MOTOACTV to Sony’s SmartWatch devices — but none has yet cracked the conundrum of how to make it commercially successful. Now, amid rumors of Microsoft, Apple, and Google looking into entering the smartwatch space, Samsung is about to preempt its big competitors by introducing the Galaxy Gear, a "wearable concept device."

Samsung has confirmed that the Gear will run Android, however the watch is not intended to be used as a standalone device. Sources tell The Verge that the Galaxy Gear will work with smartphones rather than be a fully self-contained comms device.

A Gear for your wrist, a Note for your satchel

Joining the Galaxy Gear at Samsung’s big Unpacked event on September 4th will be the third-generation Galaxy Note. The Note III is expected to be an upgrade along the same lines as the Note II: an even bigger screen, refreshed specs, and yet more bells and whistles. While Samsung’s two new Android devices are likely to own the IFA limelight, the company also has a secondary press conference scheduled for September 5th — that’s when we can look forward to yet more TVs, laptops, mirrorless cameras, connected fridges, and intelligent floor scrubbers.

Like Samsung, Sony will be bringing a smartwatch to IFA (the aptly titled SmartWatch 2), however the Japanese company appears set to unveil an even more ambitious smartphone accessory: the QX lens cameras. Combining the lens, sensor, and image processing into a single attachment that straps onto the back of your phone, Sony hopes to deliver something akin to a modular Galaxy Camera setup. Two QX modules are expected at IFA: one built around the awesome RX100M2 sensor for the best image quality, and a second offering 10x zoom for greater flexibility. You’ll be able to use your iOS or Android device as a viewfinder with each of them.

You can't fault Sony for lack of ambition

Sony is hitting on a subtle market niche with its QX series: point-and-shoot cameras tend to have terrible interfaces and weak sharing options, whereas smartphones lack manual focus rings and other benefits of dedicated physical controls. Splicing them makes sense, but the cost of owning the pair will have to be at least somewhat reasonable for the QX idea to really take off.

It wouldn’t be IFA without a new Sony smartphone announcement and this year we’re looking at the long-rumored Honami making its debut. Set to replace the Xperia Z atop Sony’s smartphone line, the mooted Xperia Z1 is expected to rely on a mighty 20-megapixel camera sensor and a new G lens to stand out from the highly competitive Android crowd. And hey, there's a new VAIO convertible computer on the horizon too.

After putting tablets "on the back burner" last year, LG is ready to give them another try with the G Pad 8.3. Yes, the company’s big IFA announcement has already been announced, but the intrigue of how this new device will pan out remains. The Korean device maker hasn’t been shy about experimenting with odd device shapes in the past, though it claims the 8.3-inch G Pad will be "the perfect form factor." Full details should be disclosed on September 5th.

LG’s tablet teaser points to Android as its operating system of choice, which is also HTC’s ploy with the One Max. This burly, spec-upgraded version of the One is aimed at countering the ascendancy of Samsung’s Galaxy Note family and may well make its debut right alongside the latest Note in Berlin.

Best of the rest

Dell, Toshiba, and Lenovo can be relied on to update their product lines in the usual way. All three companies are deeply reliant on Windows machines for their bottom line, so we can look forward to a few refreshed laptops and tablets — though probably none running Windows RT. The ARM-powered variety of Windows has fallen out of favor, while Intel’s new Haswell processors have made it easier to produce thin and light x86 tablets. 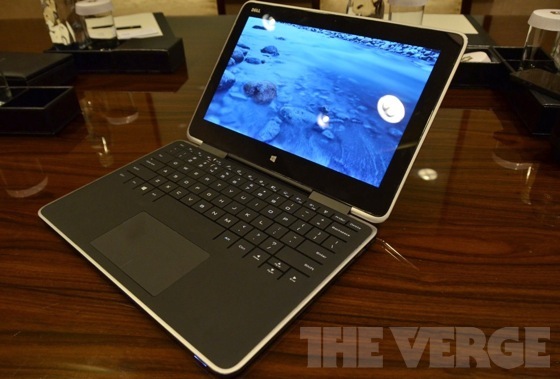 Lenovo promises more form factor wildness at IFA, urging attendees to its September 5th press conference to prepare for "the latest multi-mode product innovations." Whether that makes you think of the Yoga or the Helix, chances are there’ll be another new hybrid to add to your list of considerations. Dell, too, should have something to whet appetites, even if it’s only a reintroduction of its XPS 11 two-in-one device — we saw it in prototype form at Computex in June and something much closer to the final retail machine should be on show at IFA.

Who won’t be there

At last year’s IFA, we got to see and touch a perfectly accurate iPhone 5 mockup days ahead of Apple’s official announcement, but don’t look for similar revelations this time around. The Cupertino company is famous for avoiding trade show appearances and though it has a new iPhone refresh on the near horizon, expectations are that its physical design will remain unaltered. We may glimpse some iPhone 5C dummy units floating around Berlin in the hands of accessory makers, but the rumored budget iPhone has been pictured plenty of times already.

Apple, Google, and Microsoft won't be present, but their influence will be felt

Nokia is another company that’s sure to sit IFA out. Its smartphone line isn’t yet ready for another update, while its long-awaited Windows tablet is presently expected to get a grand unveiling in New York on September 26th. Microsoft, similarly, may soon have news to share on the portable computer front, but IFA won’t be the stage for it. The usual proxy wars on the software front will be fought between Google’s Android and the increasingly mobile-friendly Windows 8, however the authors of both operating systems aren’t expected to contribute any hardware of their own.

IFA 2013 continues a trend among tech companies of pre-announcing the products they will launch at the next big event. It’s a habit motivated in equal parts by marketing opportunism and the desire to thwart the effect of perpetual product information leaks. That can sometimes dull the edge of the eventual launch, however gatherings like IFA are about more than just pure news.

The show floor opens up to the public on September 6th and a big part of it will be dedicated to letting the masses come to grips with the latest the tech industry has to offer. That, more than the glitz and glamor of showpiece events, will determine how well each company does in the crucial months between now and the gift-giving season.