Pixel art requires a certain kind of skill: you not only have to be skilled as an artist, but also patient enough to create an image block-by-block. It's time-consuming work, which makes it less appealing to the casual artist. Why put in so much time when you can just grab a pencil and sketch? iPad app Pixaki attempts to make pushing pixels a much more casual experience with touchscreen controls and familiar hand gestures. It's not quite as pick-up-and-play as something like Paper — and it won't turn you into Paul Robertson overnight — but it's a great way to kick back on the couch and create the 8-bit scene of your dreams.

Using a touchscreen for something as precise as pixel art might seem problematic, but it's actually Pixaki's biggest strength. Pinching and pulling to zoom in and out is a great way to interact with your image, especially if you're working on a bigger scene, and the familiar two-finger drag lets you scroll around easily. The zoom, in particular, is key — you can blow up individual pixels into huge blocks, making it easy to be as precise as you need to. This is especially important for adding fine details. 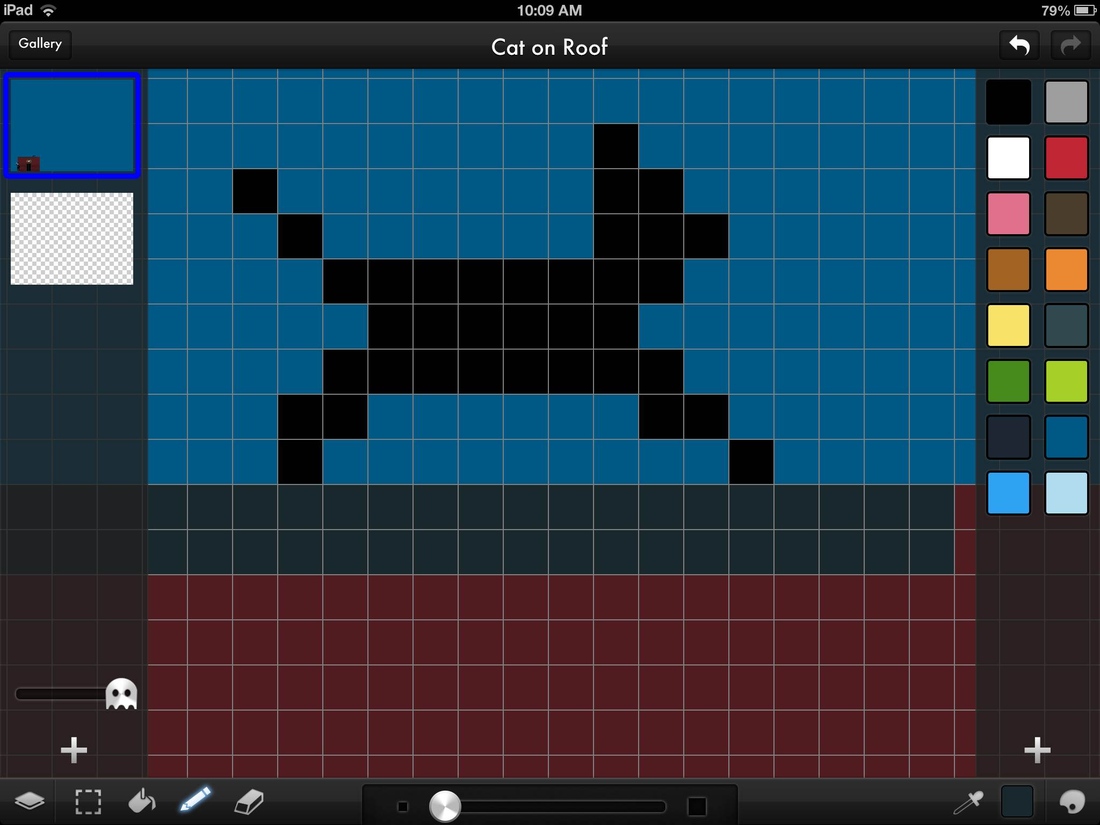 For more advanced users there are also layers that let you create cool effects, but the basic functions of Pixaki are easy enough to grasp for anyone. These features won't really cut down on how long it takes to create a detailed image, but it does make the process relatively painless. There are a few small niggles, including an overly aggressive undo function, but they don't take away from the overall experience.

"Everything I saw on the App Store was really substandard."

Pixaki also provides the option to do some post-processing outside of the app. Not only can you export a file as a PNG, but also as a Photoshop Document. This lets artists kick back while creating the core of their piece, before settling down at a desk to futz with all of the fine details. According to creator Luke Rogers, who built the app in his spare time over the course of two years, Pixaki was developed simply because of the dearth of options on the iPad. "Everything I saw on the App Store was really substandard," he says, "so I set about building something myself." The app was inspired by Apple's iLife series, which features software that's simple to use but generally offers a good amount of depth. And Rogers has plans to add more features in the future as well, including support for animation. 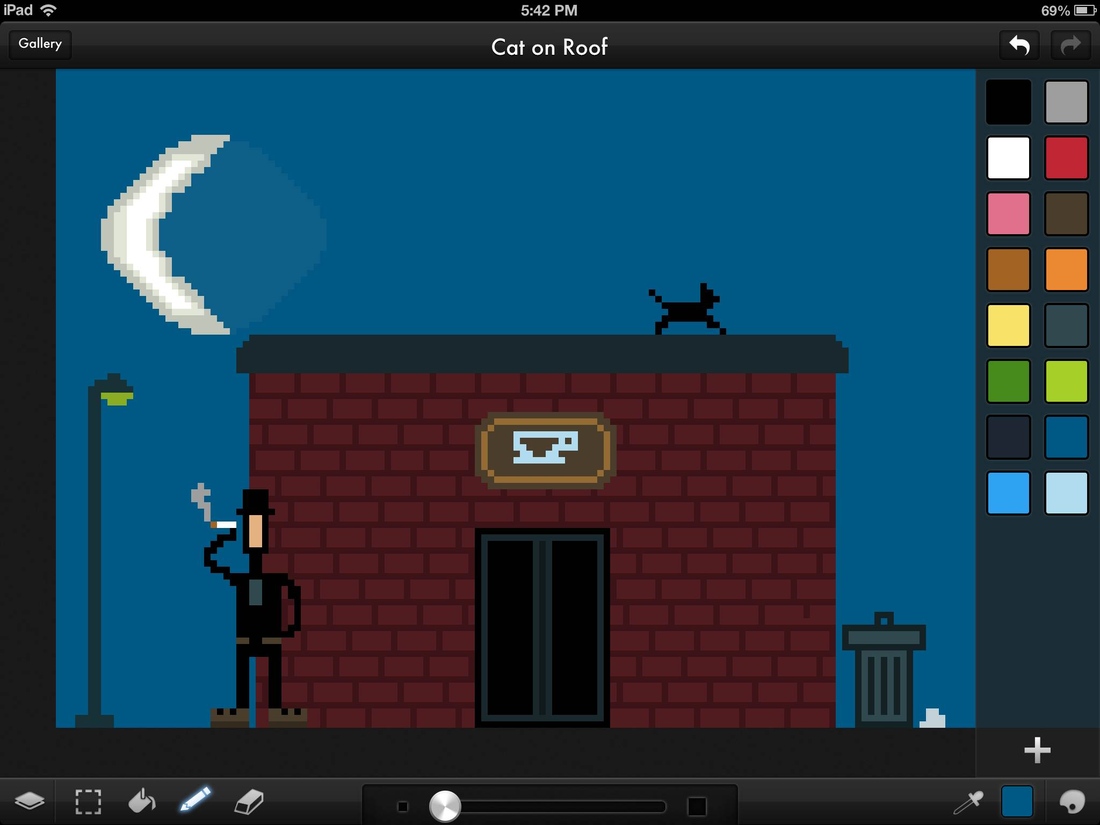 This flexibility makes Pixaki approachable and useful for just about anyone. It's simple enough that you can doodle with it, but it also has depth and flexibility for more professional projects, even if it's only the starting place. In my case, I was able to create surprisingly satisfying pieces without spending much time learning the tools. Rogers, meanwhile, is not only selling the app, but he's also planning to make use of it for his next project. "The plan now is to make a new game using Pixaki to create all the art assets," he explains. "I'm hoping that this will prove Pixaki as a professional tool, and I'll update the app as I go to add the features that I need."