Samsung bets that speakers are the hot new thing in printers

Crank it up to A4

Share All sharing options for: Samsung bets that speakers are the hot new thing in printers

Samsung has already confirmed it's ready to show its long-anticipated Galaxy Gear smartwatch and Galaxy Note III smartphone next week at IFA in Berlin. Today, it's teasing something very different: a set of printer concepts it hopes will accelerate its "leadership in mobile printing." They're not the most outlandish designs we've seen recently, but Samsung has still made some curious design choices.

Haven't you always wanted to play music while printing photos? The Indie printer (pictured above) can facilitate that. Samsung says the printer has a "retro design" that offers all "the convenience of a mobile docking sound-system, while still being a printer." As you'd expect from a phone dock, the Indie also charges your phone. 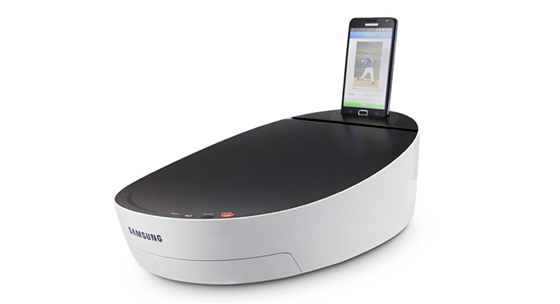 Next up is a concept Samsung is calling the Wave. The Korean conglomerate says its concept has a 'minimal, organic design" that allows users to dock their smartphone to print out saved content. 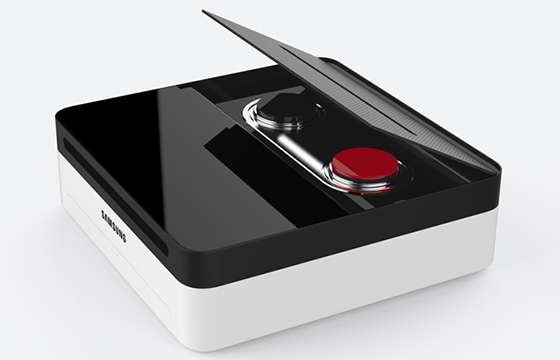 If there's one thing people want in a modern printer, it's the ability to print more than one color. Samsung's final concept, the One & One, is a mono laser printer that in addition to printing black also lets users double the fun with an additional color cartridge. You'll be able to choose from cyan, magenta, or yellow. Samsung believes the "innovative design gives users a wider range of choice thus enhancing the user experience."