On Tuesday, President Barack Obama officially announced the five men in charge of reviewing the secretive and powerful US intelligence apparatus: Richard A. Clarke, Michael Morell, Cass Sunstein, Geoffrey Stone, and Peter Swire. The group — which includes three former White House advisors and one former CIA deputy director — will be given the task of restoring public trust in a much-maligned program, using what Obama has called "new thinking for a new era." But how much new thinking can be done in a few months, and how motivated are the panelists to make real changes?

An interim briefing is due in 60 days, a full report by December

The panel was created in response to leaks by Edward Snowden, particularly regarding the PRISM internet surveillance program and a database that pulls in huge amounts of telephone metadata. But its actual scope is broad and nonspecific. Obama announced in early August that the panel would "review our entire intelligence and communications technologies," a wording that could mean anything from examining precisely how the NSA stores phone and email records to taking a high-level look at virtually every agency that deals in surveillance. This work must be done quickly: an interim briefing is due in a mere 60 days and a full report by the end of the year. The former will be submitted to the president through his director of national intelligence, James Clapper, despite promises that the man who gave Congress false information would be minimally involved in the process.

In this week’s announcement, the White House said it hoped the group would give advice on using technology "in a way that optimally protects our national security and advances our foreign policy while respecting our commitment to privacy and civil liberties, recognizing our need to maintain the public trust, and reducing the risk of unauthorized disclosure." The panel’s composition and its vast purview, however, could suggest that it’s more focused on public relations than actually making change. 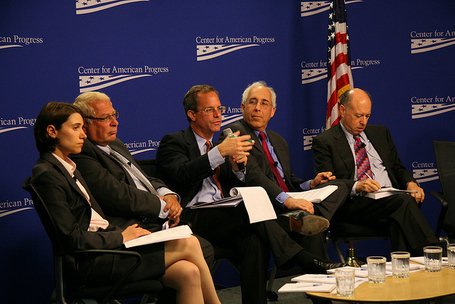 Since all but one of the panel names were leaked last week, public response has ranged from a tepid shrug to infuriation. The Electronic Frontier Foundation called the committee "illusory," saying that "a task force led by General Clapper full of insiders — and not directed to look at the extensive abuse — will never get at the bottom of the unconstitutional spying."

"It's a distinguished group of people to be sure, but I don't know if it satisfies the test of being independent and objective," Marc Rotenberg of the Electronic Privacy Information Center (EPIC) tells The Verge. "I'm not going to quite bash it as a group of Washington insiders … but I think the White House could have done a better job in getting fresh eyes to look at some of the problems." Some critics have also pointed out that none of the members have technical expertise. "Lawyers argue about surveillance law, while a technologist demolishes the ‘it's not sensitive, just phone numbers’ argument. We need both," writes Christopher Soghoian of the ACLU on Twitter. The White House did not respond to questions about the makeup of the panel.

"The fact is the claim that they're unconstitutional and illegal is wildly premature."

Almost all of the members raise red flags to people who want a rigorous review of privacy issues. Michael Morell has spent almost his entire career at the CIA; he stepped down as deputy director only a few months ago. Former Obama regulatory czar Cass Sunstein has drawn some of the greatest outrage because of a 2008 paper called "Conspiracy Theories," in which he and co-author Adrian Vermeule suggested that government officials quietly enter conspiracy chatrooms or forums and attempt to undermine users’ arguments. Richard A. Clarke, previously the National Security Council’s counterterrorism advisor, has demonstrated a willingness to improve cybersecurity by any means necessary, suggesting that Obama allow the Department of Homeland security to "inspect what enters and exits the United States in cyberspace" and scan web traffic outside the US to stop industrial espionage.

Geoffrey Stone, a University of Chicago law professor whose name was not leaked before the announcement, sits on the board of the American Civil Liberties Union, and he harshly criticized the Bush administration’s wiretapping program. But he believes that collecting phone metadata is entirely different. "There is, so far as I can tell from everything that's been revealed, absolutely nothing illegal or criminal about these programs," he says in an interview with Democracy Now. "They may be terrible public policy — I'm not sure I approve of it at all — but the fact is the claim that they're unconstitutional and illegal is wildly premature." Edward Snowden, he says, is "most certainly a criminal who deserves serious punishment." 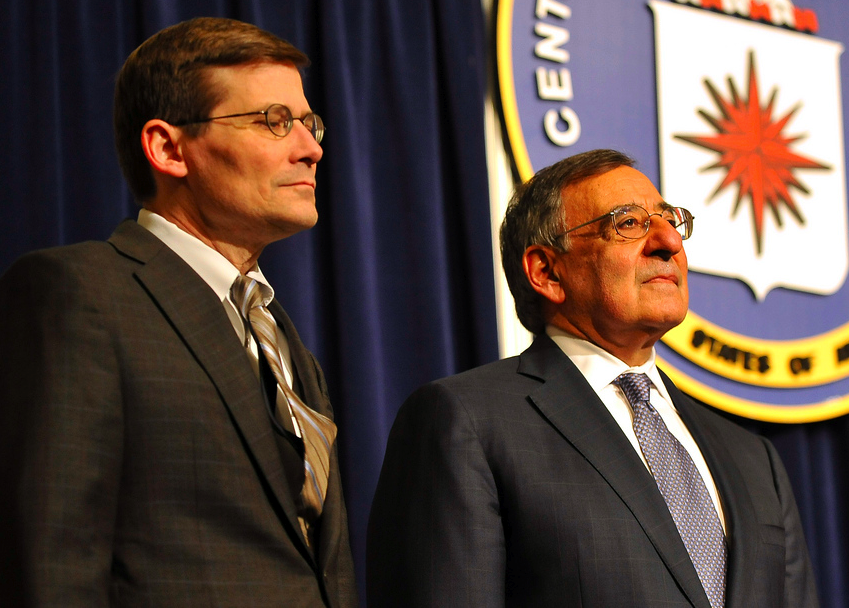 Of all the members, Peter Swire seems most likely to push for greater transparency and limits on NSA spying, although he’s also a well-established White House insider. As chief counselor for privacy under President Clinton, he chaired a working group updating wiretap laws for the internet age. Though it produced several provisions that would be rolled into the 2001 Patriot Act, he criticized the final law, which he said "contained none of the privacy-enhancing amendments that we thought were needed to update the 1984 ECPA." He’s also spoken out against national security letters: "We citizens have no way to learn whether the government now has a file on us in its large and growing data centers," he said in 2007 Senate testimony. "Some of us in this room may be in the database, because we once received a phone call or an email from someone else whose records were caught in an investigation."

Regardless of its makeup, does the group have teeth?

But the question isn’t just whether the panel is composed of people who are willing to take a hard look at the NSA’s surveillance programs. It’s what they’ll actually end up reviewing, how seriously the White House will take their proposals, and whether we’ll see both concrete technological changes and a holistic rethinking of how privacy concerns should be weighed against national security ones. The NSA has been criticized internally before, but the resulting changes have been relatively small — after the FISA court found parts of one program unconstitutional, it shortened the duration of record-keeping and told analysts to be more careful at weeding out purely domestic communications.

Obama has said that the panel will let his administration "move forward with a better understanding" of privacy and security concerns, and he’s promised other changes that will prioritize civil liberties, but there’s no guarantee that this committee has any real teeth. "The problem people seem to be avoiding is the fact that it's simply not legal for the NSA to be collecting all the telephone records of US telephone customers," Rotenberg says. "Are we going to see an outcome in which that program is ended? For us that's pretty much the whole story."