What is Xiaomi? Here's the Chinese company that just stole one of Android's biggest stars

What is Xiaomi? Here's the Chinese company that just stole one of Android's biggest stars

Xiaomi is often likened to Apple, but it's more Google than anything else

Yesterday, Google lost one of its top Android executives to a relatively unknown Chinese cellphone manufacturer. While the circumstances surrounding Hugo Barra’s departure are still murky and potentially dramatic, there’s no question about where he’s headed: he’s going to Xiaomi as vice president of Xiaomi global, which, according to The New York Times, some in China have dubbed the "Apple of the East."

But outside of China, Xiaomi (pronounced SHAO-mee) is the furthest thing from a household name. The three-and-a-half-year-old company has 2,400 employees, annual revenues of about $2 billion, and only sells its wares in China, Hong Kong, and Taiwan. That limited market spread means Xiaomi isn’t even a blip on most American’s radar. Despite that, the fledgling company still managed to sell over 7 million devices in 2012 and it expects to do more than double that in 2013. That number doesn’t quite match the figures struggling BlackBerry and Nokia manage to squeeze out each year, but it does represent some rapid growth for a very young company.

What separates Xiaomi from other smartphone manufacturers, and makes the comparison to Apple tenuous at best, is its strategy of selling high-end smartphones at cost, with virtually no profit margins. Unlike the strategy employed by many other Chinese companies, Xiaomi doesn’t just run to the bottom of the market to offer low-end cheap handsets. In an interview with The New York Times, CEO Lei Jun said "We’re not just some cheap Chinese company making a cheap phone. We’re going to be a Fortune 500 company."

"China still has a strong appetite for the likes of Apple and Samsung," said Richard Lai of Engadget Chinese in an email to The Verge. "The consumers in this category like to spend money, they're proud of their possessions and they probably look down upon Xiaomi users. Xiaomi captured its core audience — students and geeks — by positioning itself as an online brand, offering top specs at affordable prices."

Co-founder Bin Lin explained to All Things D earlier this year, "We essentially price our phones at bill-of-materials." The Xiaomi Phone 2S, its most recent flagship, has top end specs competitive with the Samsung Galaxy S4 or HTC One. It sells for a bargain price of ¥2,299 (roughly $370) — roughly half of what the Samsung Galaxy S4 is priced at. 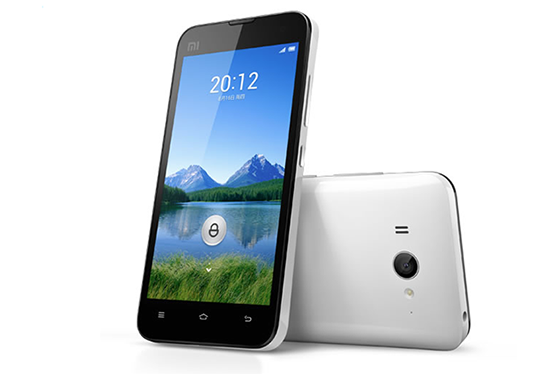 To augment those razor-thin profit margins, Xiaomi continues to sell the same phones for a longer period of time than many of its competitors. Rather than release a new flagship every six months, it may sell the same model for up to 18 months (a strategy that larger companies are only just recently starting to adopt), giving it more flexibility with profits and the ability to sell accessories. Indeed, while the company doesn’t offer a fully custom phone a la the Moto X, customers can buy different color backplates and even batteries when they order their phones. "The accessory business only makes sense with huge volumes on one particular model," noted Lin. He also says the company has no marketing budget, doesn’t have to account for markups from resellers, and has no sales team.

"The future of mobile internet is really about services."

Instead of focusing on hardware profits to grow the company, Lin has said that Xiaomi is more concerned with offering services to customers as a way to make money. "The future of mobile internet is really about services" he says. That doesn’t sound too different from Google’s approach of offering competitive products at a low cost or for free and then making money back on advertising. Given that Lin worked at Google before leaving to start Xiaomi, that shouldn’t come as much of a surprise. It could also be a good reason why Barra felt like Xiaomi would be the right place to go when leaving Google.

One of the services that Xiaomi offers in addition to hardware is its extremely customized version of Android installed on its phones. Dubbed MIUI, the operating system looks more like iOS than Android to most people: it replaces the traditional Android app drawer with side-scrolling home screens full of apps and has very iOS-like menus, toggles, and icons. MIUI also drives users to Xiaomi’s cloud messaging, device security, and backup features.

Some of the issues that the company has faced thus far can be described as uniquely Chinese. Bin says that the company routinely sells out batches of 300,000 phones at a time through direct sales to consumers on its website. Recognizing this high demand, counterfeiters and pirates have swooped in to capitalize on it and sell lower-quality products under the auspices of the Xiaomi brand, tarnishing its reputation and providing poor experiences to customers. Lin says that it is working on increasing production to meet demand and working with the Chinese government to crack down on the piracy issue.

If Barra is going to bring Xiaomi out of the Far East, break in to global markets, and make it a Fortune 500 company, piracy will likely be the least of his concerns. While Xiaomi has had great success in China selling unsubsidized phones directly to consumers via its website, western markets are still largely driven by in-store sales and on-contract, subsidized devices. Carrier relationships are also a huge deal in the US and Canada, something that Xiaomi can more or less ignore in China. In Hong Kong and Taiwan, the smartphone climate is much closer to the West’s subsidy-dominated model than mainland China’s.

"[Barra] has a keen understanding of the product itself, what features work globally," Lin told All Things D in an interview published today. Lin knows Barra from his time spent at Google, and the two have worked closely since Xiaomi launched its first phone in 2011. Lin hopes that Barra will be able to help the company expand into new markets as soon as this year.

Many other Chinese companies have attempted to break out of the mainland in the past decade, but Huawei is the biggest one to really do so with visible success, and it’s still not viewed as a top-tier option in Europe and North America. It’s too early to say whether or not Xiaomi has been the breakaway hit in Hong Kong and Taiwan it has been in China, but it will likely need to apply what it learns there and then some to make a dent in the rest of the world. Needless to say, Barra and Xiaomi have their work cut out.