These are the 'Blade Runner' action figures that should have been

Share All sharing options for: These are the 'Blade Runner' action figures that should have been

Mainstream movies are merchandised to death, but there's still countless titles from history that would result in great action figures if given the chance. Artist Scott Pettersen has addressed some of the need by taking things into his own hands, crafting a number of 12-inch figures based on Ridley Scott's Blade Runner. Geek Magazine has an interview with the artist, where he explains that he's made custom figures based upon four different characters: Harrison Ford's lead detective Deckard, Sean Young's Rachael, and two Nexus 6 replicants.

Gorgeous... and not for sale

Pettersen sculpts the figures in wax, while the final heads themselves are made of a translucent resin. He casts the final heads and then airbrushes additional layers of coloring atop the base skin tone, resulting in faces that are much more nuanced and lifelike than what you see in most mass-market collectibles. It takes him between two to three months to work on a single figure, and he's even built in nuanced details like replaceable hairstyles for the Rachael figure. They're remarkable pieces of work, matching even the eye makeup style used in the film — but while Pettersen does have versions of his head sculpts up for sale, the complete figures themselves are not. Check out Geek Magazine's interview to see the rest of the stunning collection. 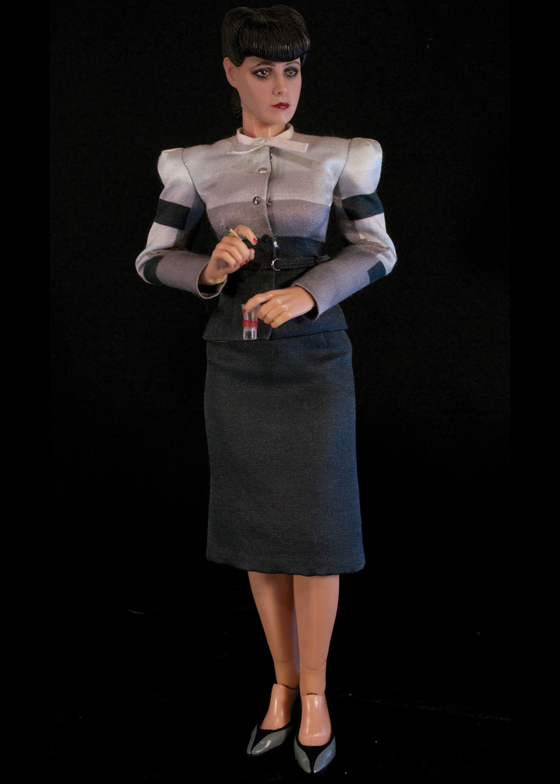