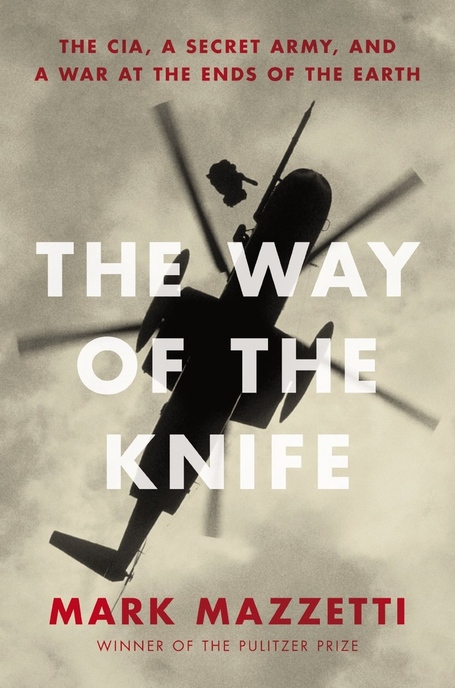 This year has seen the publication of a few high-profile books by investigative journalists exploring the new way that America fights wars. Conventional warfare is out, replaced by the CIA and Special Forces — "man-hunting and killing machines [operating] in the world’s dark spaces," as Amy Goodman put it in a recent interview with the author of this month's book club pick, The Way Of the Knife by Mark Mazzetti. (In addition to the Amy Goodman interview, there's a good Daily Show interview with Mazzetti you might want to check out.)

The title is a reference to a remark made by the CIA director John Brennan, in which he likened conventional warfare to using a hammer, and covert ops to a scalpel. "The scalpel," according to Mazzetti, "implies a surgical form of doing warfare or a war without costs and blunders or surgeries without complications. Knife fights are messier."

Of course, this isn't the first time that the government has sold the American public a way to make war quick and painless: off the top of my head, I can think of the "electronic battlefield" of Vietnam and the smart bombs of Desert Storm (the latter example being about half-correct — they did explode rather well).

From the onset, the book gives us fake diplomats working for the CIA and (a little later) CIA-sponsored games for mobile phones that were used to spy on the person who downloaded it. What do you guys think? Are these kinds of shenanigans the natural end result of a "secret" war? Are they an aberration? And is this kind of thing ultimately self-defeating? That's what I'm wondering as I read the first few chapters.