Share All sharing options for: Artists help the homeless with elegant typography

Would you give more to a homeless person if their sign was more vibrant or conveyed its message better? A pair of Massachusetts-based artists have been exchanging the signs of homeless people with colorful replacements. Kenji Nakayama and Christopher Hope began their Signs for the Homeless project in February 2012; for each exchange, the pair explored the homeless person's backstory, before giving them a colorful alternative to their hand-written sign. The intricate designs are layered with hand-crafted multicolor lettering, which the artists hope will help their owners increase their daily take. 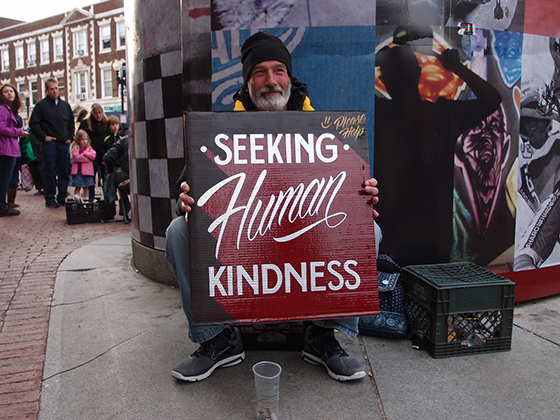 A partial list of the people Signs for the Homeless have helped is available on the duo's Tumblr. Each entry contains before and after images, a brief profile, and excerpts from an interview. In the interviews, the pair ask questions that shed light on the daily lives of the interviewee. "I sleep outside because the shelters are nothing but stomping grounds for predators and thieves," says Bobbi, the owner of the "Be Blessed" sign above. "I get attacked in the shelter. My things get stolen in the shelters in Boston. So I've decided to stay outside." 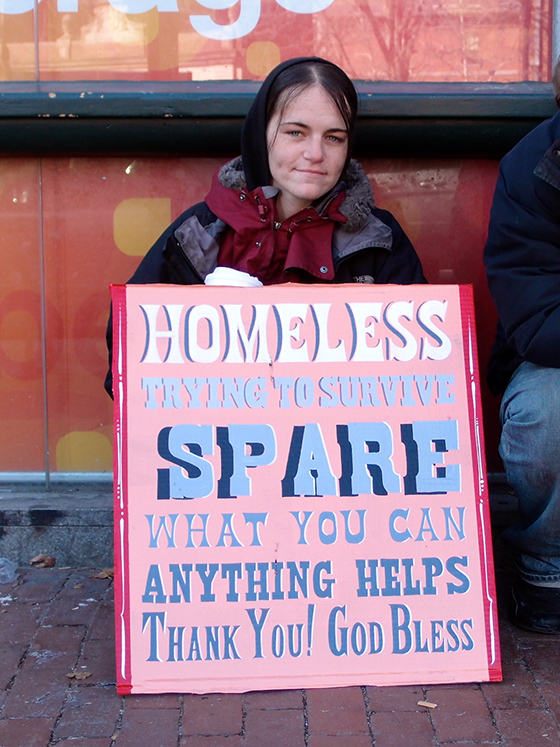