Nintendo talks up former glories after Wii U sales flop

Nintendo talks up former glories after Wii U sales flop

As Nintendo's Wii U hardware continues to fall flat in the market, the console maker is hoping to remind consumers and investors of the good times that they've had with its cadre of beloved characters. In a report released today, Nintendo sugar coats the Wii U's tepid debut with highlights of that past success: it notes that over the last 30 years of console making, the company has sold nearly 269 million home game systems, such as the NES, N64, and Wii, and over 385 million handheld systems, such as the Game Boy and Nintendo DS.

"We strive to regain 'Nintendo-like' profits"

Nintendo's report makes it clear that the console maker is aiming to create a connection that lasts over the long run. Before touching on financials or Iwata's statement, the report opens with a number of saccharine images, including one of a young child who has Mario reflecting vibrantly in his eyes. Above it, a caption reads, "I grew up with Nintendo's games." Later, the image is reversed, with a child reflected in Mario's eyes and a caption stating, "Nintendo's games grew up with you too." 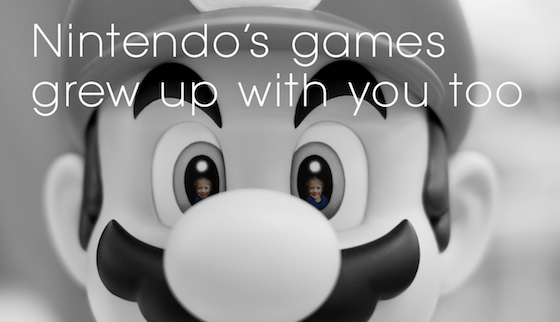 The report is also filled with nostalgic plays on Nintendo's iconic characters, including a Mario who's half in his pixelated 1985 form and half in his cartoony 2013 getup. The company says that it wants to continue to offer games that can be enjoyed by anyone, "regardless of age, gender, or gaming experience."

Nintendo pins the Wii U's poor performance not on the console's shortcomings, but on the delayed presence of the company's iconic characters. Multiple new Mario titles, a new Donkey Kong, and a Zelda remake are on the way, but they won't be available until later this year. Nintendo thinks that'll be about what it takes to turn the Wii U's fortune around, but with new consoles from Microsoft and Sony on the way, the Wii U's competition is about to get a whole lot tougher.