Share All sharing options for: Many new Xbox One features will require $60-a-year Live subscription

Even if the new $499 Xbox One delivers "thousands of dollars of value" this holiday season, you'll need to pay $60 a year to make the most of them. Today, Microsoft confirmed that you'll need a $59.99 Xbox Live Gold subscription to access some of the most highly touted online features of the new game console, including the Game DVR system that automatically records and lets you share video clips of your gameplay achievements, Skype video calling, and the OneGuide TV programming guide that lets you browse and control live TV with a unified interface.

For Microsoft, restricting features like these to premium subscribers is nothing new. With the Xbox 360, online multiplayer game modes and online video services like Netflix and Hulu Plus have required an Xbox Live Gold subscription (in addition to your Netflix and Hulu Plus subscriptions) for years now, and the price of an Xbox Live Gold account hasn't increased yet since November 2010. Sony is partially following suit, now requiring a PlayStation Plus subscription to play PlayStation 4 games online, though it hasn't specified whether it will charge for other features. Still, these decisions were controversial moves at the time and remain controversial among gamers now. After all the other about-faces from Microsoft as to what the Xbox One can do and at what cost, we wonder if it's the right move. 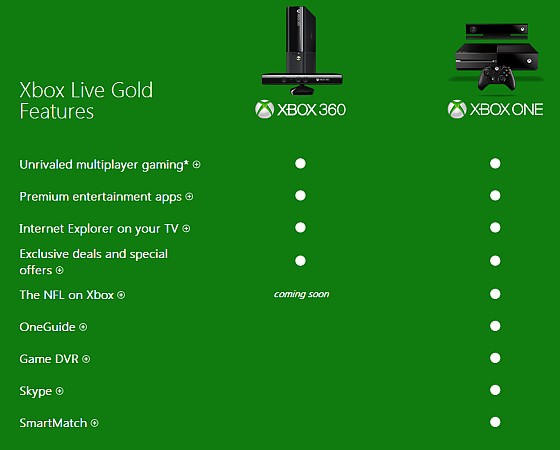