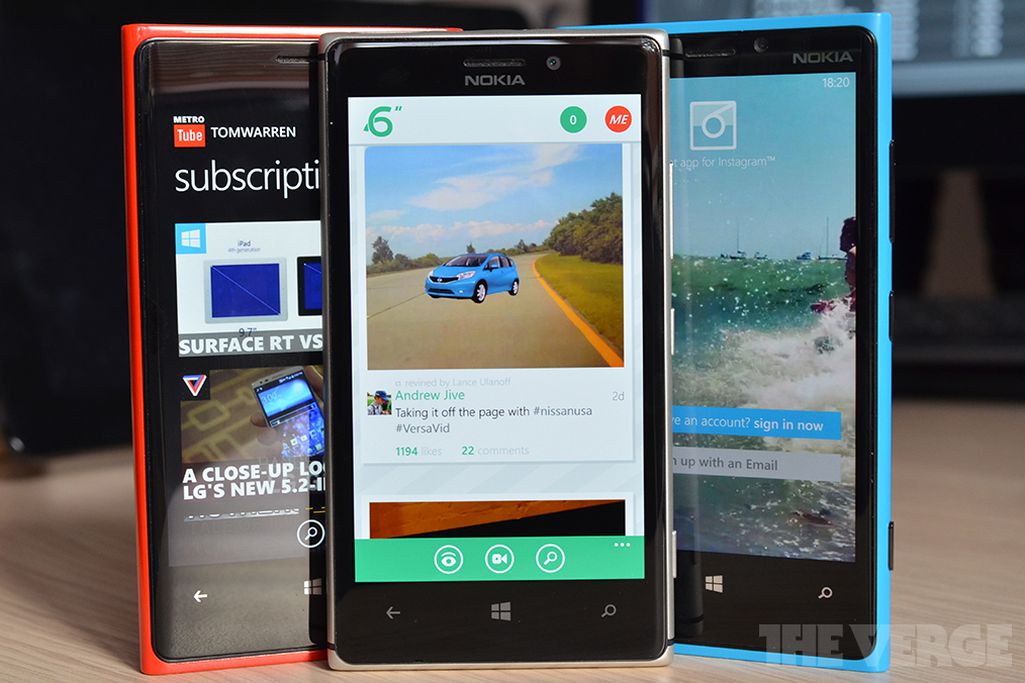 Windows Phone might have over 160,000 apps, but there are still some big names missing. Microsoft has tried to bridge the app gap between iOS / Android and Windows Phone, but much of the innovation is coming from developers who are creating unofficial third-party Windows Phone versions of the most popular apps. There's a YouTube replacement in the form of MetroTube, a Snapchat variant, an unofficial Vine app, and even several Instagram clients.

The apps work and connect up to these popular services just like their iOS and Android counterparts, but without official support they often break following updates to the genuine versions. As an end user, you also have to pay for them or put up with ads, whereas the official versions on rival platforms are usually free. These apps are championed by Windows Phone fans as genuine replacements for the real article, but the developers behind them face just as many risks as rewards.

French developer Rudy Huyn turns 30 in a few days' time, and most of his free time is spent creating Windows Phone apps. Huyn has always been fascinated with computing, and in early 2010 he traveled to Mobile World Congress to witness Microsoft unveil Windows Phone for the very first time. "I was drawn to Windows Phone because I saw it as a way to differentiate myself from other developers," Huyn tells The Verge. Like many other developers, he got involved with Windows Phone development early on, and he created a Wikipedia app that quickly rose to be among the most popular. The Wikimedia Foundation discovered the application, but instead of demanding its removal, the organization expressed approval of the app's existence. "They saw the application and they appreciated it," explains Huyn. Others haven't been so lucky.

"I was drawn to Windows Phone because I saw it as a way to differentiate myself from other developers."

Swapchat, an unofficial Snapchat app for Windows Phone, was recently forced off the app store after Microsoft received a cease and desist request from Snapchat. SRC Apps, the developers behind Swapchat, revealed that Snapchat "strongly objects" to its API being used by third parties. Although the app continues to function for existing users, the incident highlights the risk of paying for and relying on unofficial third-party apps that can disappear instantly. Swapchat was a free app, but users could pay to remove ads. Unfortunately, those who paid now have an app that won't ever be updated, and could stop working entirely. An unofficial YouTube app, MetroTube, was also forced off the store in late 2011, before returning as a free app over a year later. While the developers of MetroTube have never revealed the reasons behind the removal, The Verge understands that discussions with Google led to its departure from the store. 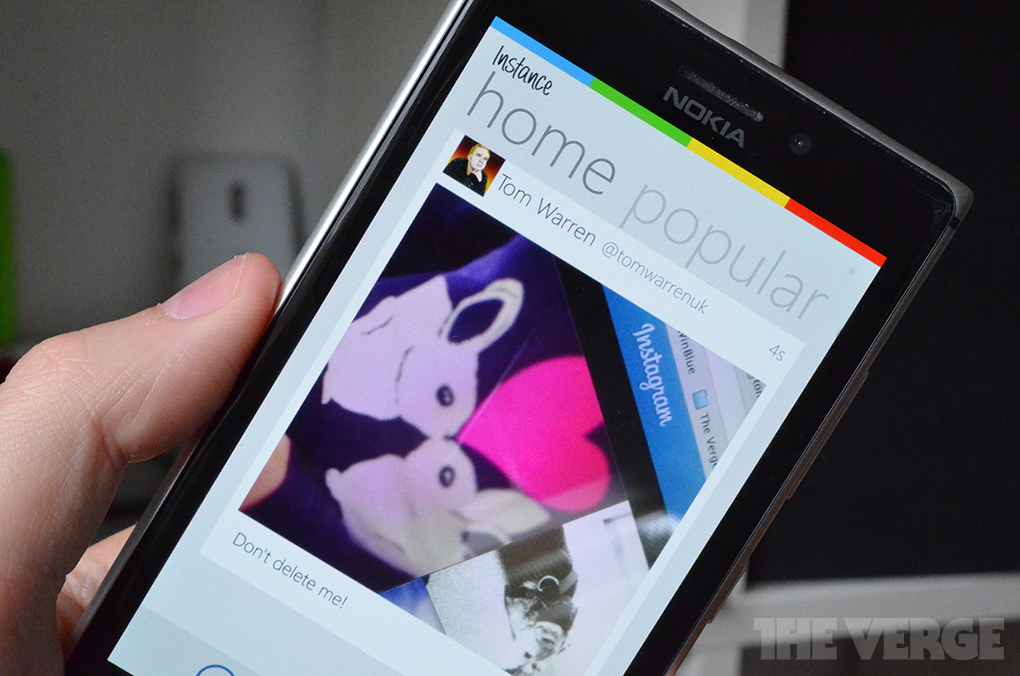 While there's still no official Instagram client for Windows Phone, unofficial apps are bridging the gap for now. One particular app, Instance, has been downloaded over 300,000 times, but last week it abruptly stopped working. A change to Instagram's spam filters blocked Instance from uploading photos, and any photos uploaded to the service from Instance were hidden from public view, potentially impacting hundreds of thousands of Windows Phone owners. Instagram wasn't trying to block unofficial apps, but a change to its service caused unintended results. The error was quickly reversed, for unknown reasons, but it once again highlighted the fickle and fragile nature of unofficial Windows Phone apps.

"It really started out as a way to make my wife happy."

So why would developers risk legal issues, support costs, and the hassle of complaints to create unofficial apps for Windows Phone? For Daniel Gary, the developer behind the Instance Instagram app, the reason is simple: love. "It really started out as a way to make my wife happy," explains Gary. After buying a Samsung Windows Phone for his wife as her first smartphone, he created a Pinterest application because the platform didn't have the app his wife wanted. "It was my first real release and was 100 percent free and ad-free." The app is still available, and nobody has asked him to remove it. Gary set his sights on Instagram after his sister wanted an app to access the photo-sharing service. Neither app has led to legal issues, but Gary admits things haven't always been rosy. "The closest I came was when Instagram asked that I change the name and logo, but there were no legal threats involved," he explains. "Pinterest has never said a word, even though my app uses all of their private APIs."

"I wanted to show Instagram that it's possible to make a viable app."

Android faced similar issues with a lack of apps, but it has fared better thanks to its widespread adoption. Other mobile software like Symbian and webOS have gathered a dedicated base of followers and developers, but ultimately failed in the marketplace. Windows Phone, and to a certain extent BlackBerry, is in a state of limbo, fighting to gain market share as users continue to demand the latest and greatest apps. "I was inspired to [create unofficial apps] more as a user than as a developer," explains Huyn. "There are people who don't buy Windows Phone because there's no Instagram." Many companies aren't building Windows Phone apps, and alongside Huyn’s Wikipedia app he's also created 6Sec, an unofficial Vine app, and 6tagram, an upcoming Instagram app. "I wanted to show Instagram that it's possible to make a viable app," he says. If Vine or Instagram launch their own official apps then Huyn says he'd be excited and "totally open" to the idea. "I'm not interested in earning money," he claims. "I just want Windows Phone to have the most users possible, and to attract people to the platform." 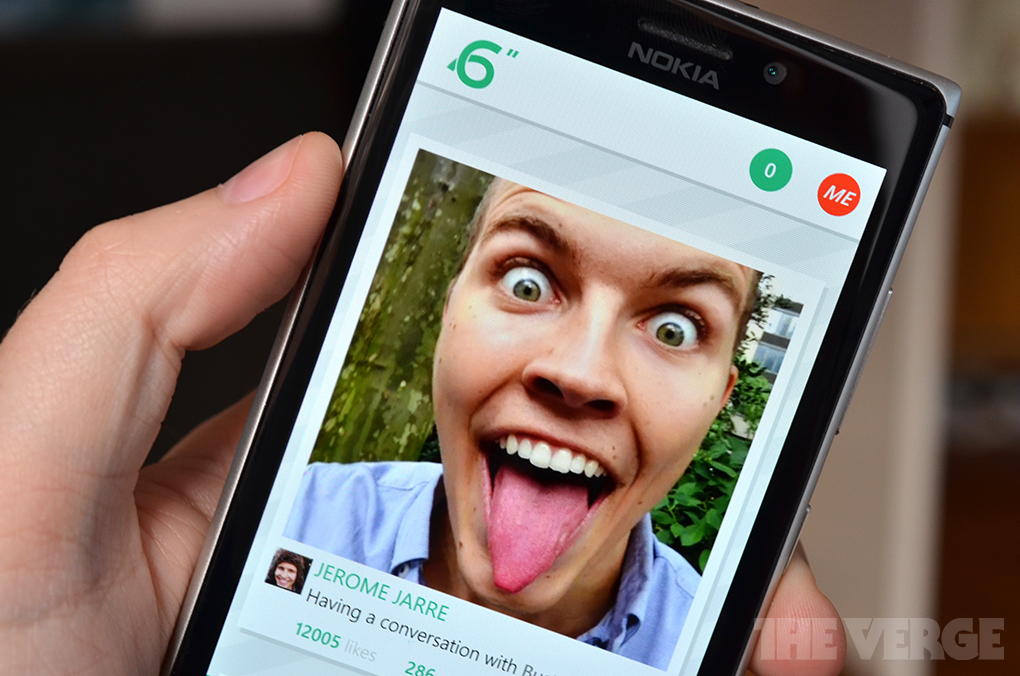 Instance, 6Sec, and several other unofficial Windows apps offer premium services. On one hand, that's entirely understandable: to support the apps on ad revenue alone is impractical, and, in the case of 6Sec, the server costs run into thousands of dollars per month. On the other hand, the users that are paying a fee to upload Vines might not be aware that their fully functional app could become entirely dysfunctional if Twitter ever decides to pull the rug from under 6Sec's feet. The risks involved in offering unofficial apps for a fee are huge — how will Huyn or Gary deal with five-figure refund requests?

These apps also build up a following and exposure for developers, a respect that can be broken if apps disappear. "Building third-party apps with the goal of gaining exposure is a highly risky and volatile game," admits MetroTube developer Atta Elayyan.

"Building third-party apps with the goal of gaining exposure is a highly risky and volatile game."

But it’s not just these third-party app developers ignoring the rules, reverse engineering access to APIs, and running the risk of issues. Microsoft itself created an unofficial YouTube app for Windows Phone, and Google complained and forced the company to remove it. The pair are now working together on an app, with third-party developers picking up the slack for now. Until consumers commit to buying Windows Phones — and companies can decide to commit resources, time, and money into building the relevant apps — little else is going to change. Whether it’s a BBC News app that a Microsoft employee built that has been forced off the store, or a Nest app to control the most modern of thermostats that has disappeared, it’s an ongoing cat and mouse game for developers. These people are talented, dedicated, passionate, and accept the risks. They’re prepared to play the game.

Aaron Souppouris contributed to this report.