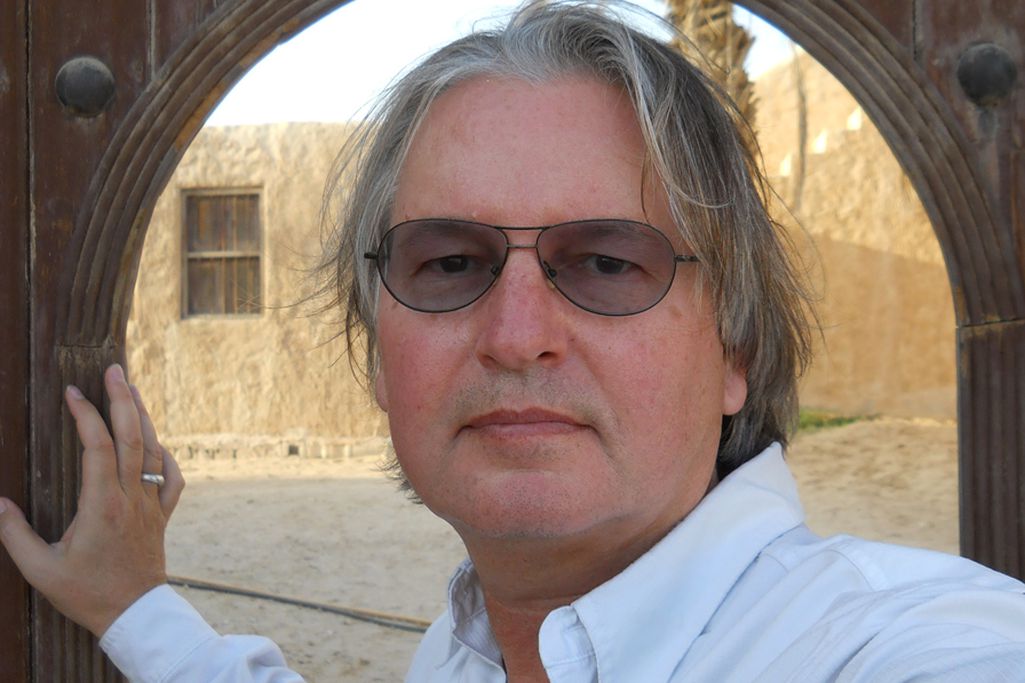 My first-ever brush with Bruce Sterling was as a teenager in Oregon, in a secondhand copy of William Gibson’s Burning Chrome. In a few pages of introductory text, Sterling deftly deflated the kinds of ’70s science fiction I’d taken to enjoying, thanking Gibson for “drawing a bead on the shambling figure of the SF tradition” — apocalypses, fantasies, space operas. I was a little hurt, a little angry, but as I flipped through the first few pages of “Johnny Mnemonic,” I started thinking he might be right.

Some years later, I’m not sure I still agree with him about the mid-century SF doldrums he thought Gibson solved, but it set a pattern. Bruce Sterling would write something provocative, needling — taking aim at the things we techies hold most dear, whether it’s bleeding-edge gadgets or online art movements. And no matter where I ended up, I’d spend a lot of time figuring out where I stood. Today, Sterling’s story “The Landline” appears in the rebooted version of venerable science fiction magazine Omni and, typically, it bites the digital hand that feeds it. In honor of its launch, he’s spent some time with us, talking about futurism, publishing, and Omni’s return.

Well, it was a typical kind of vanity publication, [published] by a guy who had made a mint [Penthouse founder Bob Guccione]. It’s surprising how much of that worked out in publishing, because in those days before the cornucopia of online porn, there was just a huge industry of naked women on paper and the lad-mag business was dozens of times bigger than it [is now], and people would get sucked into it just because it was a way to make huge sum of money. Guys like [Hugh] Hefner and Guccione were very eccentric figures and naturally got bored of the centerfolds and wanted to do eccentric stuff. 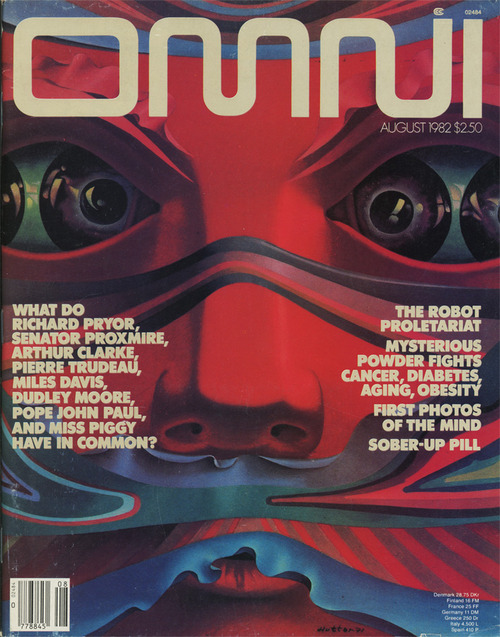 "Hefner and Guccione were very eccentric figures and naturally got bored of the centerfolds and wanted to do eccentric stuff."

Guccione and his girlfriend were quite weird characters. They really had a sci-fi cast of mind, and when Omni showed up within the science fiction world, people kind of shrugged their shoulders at it in many ways, because it was one of these alien impositions on what was really a very tight and neighborly kind of genre. But Guccione had tons of money, and he hired Ellen Datlow to be his fiction editor and Ellen Datlow is actually a very hip New York publishing chick who really had pretty good taste, and she was willing to take Guccione’s money and buy severely off-the-wall stuff, so me and my pals were entirely inclined to take her seriously. Because, you know… why not? We had a lot on our minds, so we were publishing some pretty freaky stuff at Omni.

If Omni was an alien imposition, what was the rest of sci-fi publishing like at that point?

You always had these guys that would show up out of nowhere, like the Scientologists, who are this cult with this enormous bankroll. Or every once in a while somebody would try to do one of the big slick-style magazines, and would run some science fiction. Or people would come up with various schemes to tame the genre and break it out of its “mid-list” status, really. Because science fiction is quite dependent on its magazines — or at least it was back in the day — but they were usually digest-sized magazines, survivors of the old days of the pulps, so they weren’t really glossies, they weren’t the big, massively distributed mainstream publications that were made with truckloads of big, glossy ink.

You could probably argue that the first one that really worked out along that line was not a science fiction magazine at all, but Wired magazine, which used to hire science fiction writers as reporters! And I was one of them. I was a reporter on the cover of the first issue of Wired. It was probably due at least a little bit to Omni that the guys at Wired even knew who I was! 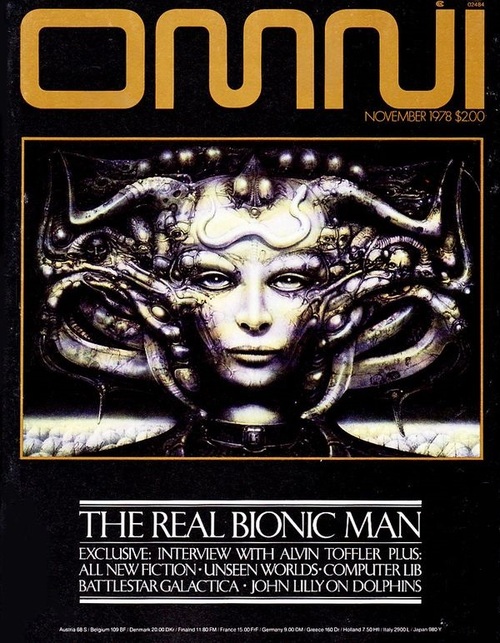 I think it’s basically dissolving, really. It’s like asking what about journalism? There’s a lot of stuff going on right now that calls itself journalism but that doesn’t really fit into the old-school definition of journalism at all. It’s like advertising, it’s quite like what happened to pop music. I mean there’s pop music around, but it’s not the same animal that it was in the 1970s. I would say the same is true about science fiction. I happen to be writing a lot of stuff that would classify as science fiction but it just has a very different audience and it’s just not written on the page … it reads more like internet intervention than it does like genre-fiction.

I wrote this piece that I thought was one of my better [recent] efforts, “From Beyond the Coming Age of Network Matter.” So that’s a piece of cyberpunk social satire, and it’s really intended to get at people who are reading it. It’s really humiliating its readership, and has some really sharp political barbs in it, it’s very confrontational. But, it’s not published in a magazine, it’s published on a website, and then distributed through Boing Boing, which is part of Federated Media. It was commissioned by a group of futurists who are working for sponsors who are guys involved in ubiquitous computing, basically. In a way that’s a little bit similar to the old-school days of science fiction writers who would be writing about rocket ships and then they also have a cousin who worked at the jet propulsion laboratory — there have always been ties between science and science fiction, but in a networked society they’re just sort of weirdly more intimate, right?

"There have always been ties between science and science fiction, but in a networked society they’re just sort of weirdly more intimate."

You’re not actually acting as a writer of fiction in the old way that it was. This thing that I wrote is a lot like some kind of satirical blog post, or it’s even more like some kind of political intervention. It’s like making a fake video. It’s like The Onion almost. And it’s something you can do within contemporary culture and the media circumstances that actually works very successfully. When people like it, they kind of understand that it’s contemporary, that it’s funny. It knows who it’s talking to, it’s making its points very effectively. If you were to print it out on a page, it almost certainly wouldn’t work at all. You would really look quite odd.

What about sites that are essentially bringing print stories online, like Strange Horizons or even the new Omni?

They’re like dwarf dinosaurs. Maybe they’re horseshoe crabs. I don’t know a lot of young guys who are into that, so it’s a little tough, it’s like asking me about the fate of the 1970s double LP vinyl. They’re around, a lot of people buy vinyl, but it doesn’t have the social effect that it used to have. People would not go out and say “I got to get ahead of the science curve. I better read some sci-fi.” That’s not going to happen. If you want to be ahead of the science curve, you should read TechCrunch, or hang out on Twitter with venture capitalists.

Ben Bova once said that “Omni is about the future.” What was “the future” when you were writing for them, and what does it mean these days?

I never believed that Omni was about the future. I always thought that Omni was a wing of the Guccione empire, but they would talk to intelligent people once in a while and they had a West Coast psychedelic attitude about things. It was exciting because it was American popular culture, and for a lot of people American popular culture was the future. Americans were very unabashed about it, felt a kind of confidence even in the Reaganite days that they certainly don’t have now. 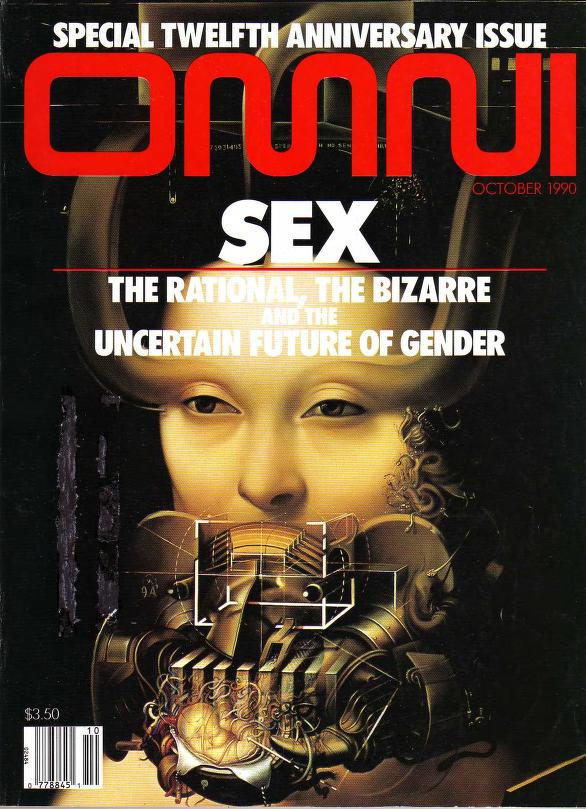 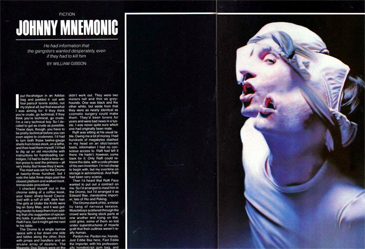 I never met Guccione personally. I knew he was a pornographer, but there are no great publishing houses that were not founded on some massive crime. Compared to modern marauders like the Murdoch family, Guccione was an angel.

"There are no great publishing houses that were not founded on some massive crime."

I don’t think I’ve ever lived in a time when people didn’t have very cynical ideas about the future, and when we didn’t believe we’d lost a sense of optimism. Was it different then?

I’m from Austin, and the lightbulb joke about Austinites is: How many Austinites does it take to change a lightbulb? Three. One to do it, and two to reminisce about the 1960s.

There was a kind of peak of futurist froth in the 1960s, which people look back to as a high-water mark of space age ecstatic exhilaration. If you were actually alive in the 1960s, especially if you were a right-wing person, it was a very very frightening time in many ways, and many people were in deadly fear of the future. Go watch Fellini’s film La Dolce Vita, which is about Europe and Italy in the early 1960s, and it’s about a philosopher who murders his children because he is so afraid of what is coming next. He thinks Armageddon is at hand and [also] spiritual annihilation, so he commits suicide and kills his children. It was not a happy time. People were assassinating major political figures, there were race riots, things were on fire, there was an out of control nuke arms race, the Cuban missile crisis… it was a frantic and disturbed period in many ways.

We’re in a depression right now, and there are a lot of reasons for people to fret about a loss of future vision. But I’m a guy that hangs out with futurists, and the futurists I know are kind of feeling their oats lately. They’re not disparaging, they’re interested and engaged. So there’s fire in the basement in this historical period.

You can always find good reasons for despair and fear, they’re not hard to find, but there is something a bit self indulgent about it.

Cyberpunk can be a dark genre, but William Gibson has said Neuromancer isn’t a dystopia compared to lots of places in the real world.

It’s a left-handed compliment to us cyberpunks. We always had this reputation of being guys whose work was really tough and dystopian. Then time passes, and now the world looks exactly like a Bruce Sterling novel. What it means is that we were realists. People were taking it as a dystopian thing because they were living in a freakin’ dream world. They had no idea what was actually happening, and they just weren’t clued in.

No one gets it right, but at least our sensibility [was] vastly closer than many of our contemporaries.