Omni, reboot: an iconic sci-fi magazine goes back to the future

Share All sharing options for: Omni, reboot: an iconic sci-fi magazine goes back to the future

In 1998, classic science fiction magazine Omni closed up shop. Created in 1978 by Penthouse mogul Bob Guccione and partner Kathy Keeton, it had published some of the biggest names in science fiction — William Gibson, Robert Heinlein, and Orson Scott Card, to name a few — and given scientists like Freeman Dyson and Carl Sagan a platform with a freewheeling, irreverent bent. But after shepherding Omni into online-only format in 1996, Keeton died of breast cancer, leaving the magazine adrift.

Today, though, Omni is coming back — and with it, questions about how our vision of science and science fiction has changed since its launch. Omni’s resurrection comes courtesy of Jeremy Frommer, a collector and businessman who acquired Guccione’s archives earlier this year. Inside a warehouse full of production assets lie thousands of Omni photos, illustrations, and original editions, which Frommer plans to release as prints, books, or collector’s items. But he wasn’t content with mining the past. Instead, he hired longtime science writer Claire Evans as editor of a new online project, described as an “Omni reboot.”

"Predicting the future may be a thing of the past."

There’s a heavy dose of nostalgia in the proceedings, and it’s not just about bringing back an old name. Longtime editor Ben Bova has described Omni as "a magazine about the future," but since his time as editor, our vision of the future has been tarnished — or, at the very least, we’ve started looking at the predictions of the past with rose-tinted glasses. Evans, for one, echoes the common fear that we’ve stopped dreaming of a better time. "I think Omni was very skewed towards this idea of convenience, leisure, enhanced ability, enhanced freedom, and sexuality," she says. "The discourse about technology that we have now is much more 'What is it doing to us? How is it affecting our society? How is it affecting the way we deal with the world?'"

Writer Ken Baumann, who is contributing an essay to the first issue, questions even the idea of looking forward. "It's getting harder and harder to actually predict in a real way what the future will look like," he says, "because complex systems get really messy, and ours is more complex and more entropic than ever. Predicting the future may be a thing of the past." But if he had to do it? He references George Carlin: the planet is fine, the people are fucked. "I don't think we deal with complexity very well, and I think that's increasingly dangerous, but I don't think we're bad on the face of it. I just think we're beautiful little fools with nice and powerful tools."

Was the future, though, ever really that good? The cyberpunk future of William Gibson — whose work first appeared in Omni with "Johnny Mnemonic" in May 1981 — wasn’t purely dystopian, but it offered a bleak, cynical take on corporations and technology. "People were taking it as a dystopian thing because they were living in a freakin' dream world," says Bruce Sterling, who will also appear in the first issue. "They had no idea what was actually happening." And the 1960s, a "high-water mark of space age ecstatic exhilaration," weren’t a golden era. "If you were actually alive in the 1960s, especially if you were a right wing person, it was a very very frightening time in many ways, and many people were in deadly fear of the future."

Like the original magazine in its final years, the new Omni will live on the web, with weekly updates. It will publish a mixture of new fiction and nonfiction, but it’s also bringing back the art that helped define Omni, publishing old illustrations alongside the stories. That’s partly a pragmatic decision and partly a promotional effort by Frommer, who hopes to introduce his new art collection to a wide audience.

Despite being chosen to take the reins of a nigh-canonized publication, Evans’ hiring as editor was largely a happy accident. The chain of events began in April, when she wrote an effusive piece on Omni for Motherboard. A few weeks later, her editor approached her about investigating the recently resurfaced Omni archives. "As I was interviewing my current employer, Jeremy Frommer, about the collection, he essentially just offered me the job," she says. "That was a little bit over a month ago."

"When the ghost of 'Omni' arrived on my doorstep, I decided I was going to write my one last 'Omni' story."

Evans isn’t just at the helm of the new Omni: as the only person working on the project full-time, she’s virtually running the whole ship, fiction and nonfiction alike. For the first issue, she’s assembled a mix of classic authors from Omni’s heyday with people who regret missing out on its golden era. Baumann, whose first brush with Omni was through Evans, has written an essay on fatalistic futurism. Alumnus Bruce Sterling is contributing a short story, an allegory of Omni’s rediscovery. "When the ghost of Omni arrived on my doorstep," he says, "I decided I was going to write my one last Omni story." Fiction from fellow cyberpunk author Rudy Rucker and an interview with Ben Bova himself will also appear in its virtual pages.

Futurist questions aside, the obvious question these days is whether a once-edgy magazine like Omni can survive when virtually every site is relaxing its tone and anyone can put a story or essay online. Evans herself came from Motherboard, whose parent publication Vice has its own self-consciously transgressive streak. "That's something I'm often coming up against," says Evans, who hopes to see Omni become "crazy gonzo speculative weirdness" combined with the intellectual discourse of sites like The New Inquiry. But she thinks the old divisions are far from gone. "Even though there is total freedom on the internet to publish whatever you want, if you want to be seen and you want to be read, there are places that people gravitate toward," often with their own restrictions or voices. 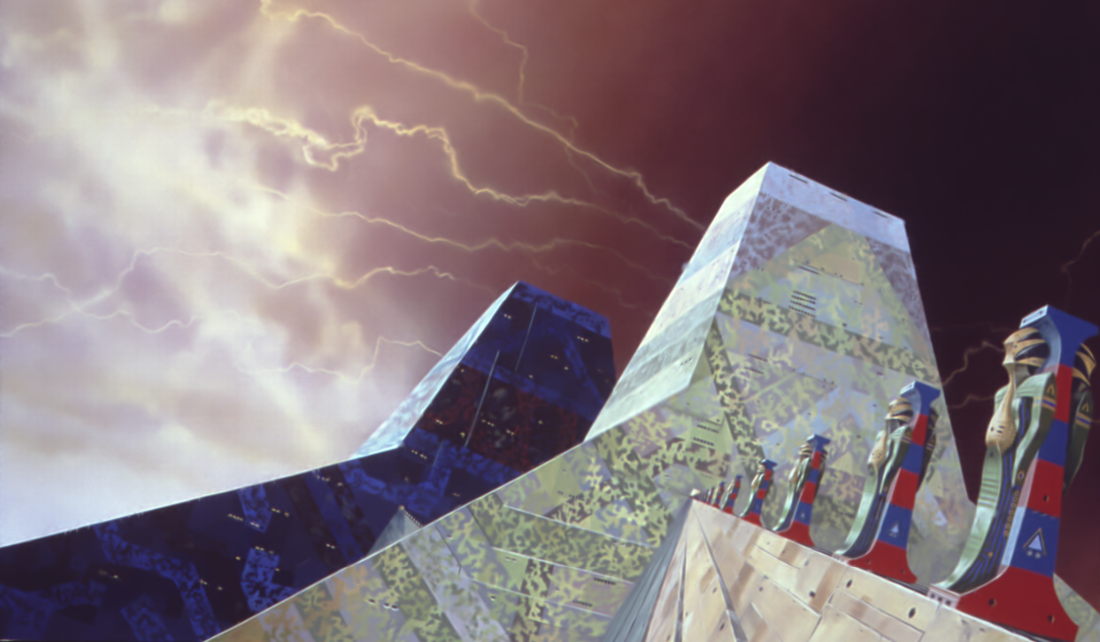 The nostalgia for Omni at its peak, meanwhile, could give the new site momentum. Even so, Evans is jettisoning one of the magazine’s most dated elements — a fondness for extraterrestrials and conspiracy theories. "Omni always had a distressing new agey tinge to it," says Sterling. "There was a lot of ‘aircraft of the pharaohs’ rubbish going on, which I didn't have very much tolerance for." Discussing UFOs and Fortean phenomena, Evans notes wryly that "the discourse might be a little less engaging than it was in 1978."

"It's kind of a weird patron saint to have, this gold-chained lothario as the guardian angel of the entire project."

Whatever the final product, it will have to live without one of Omni’s biggest tangible assets: a steady influx of cash from Guccione’s prurient empire. Frommer describes himself as a geek who hunted down a lost sci-fi gem, but he doesn’t want to run the site at a loss. "It's a labor of love," he says, "and I expect to make money." Besides building an audience that may later buy prints or collector’s items, he plans to reach out to advertisers or people interested in making companion apps. When Penthouse publisher General Media went bankrupt in 2003, it also created a legal quagmire that makes it hard to tell who even owns the trademark to the name Omni, much less many of the individual works it published. Frommer defends his use of the name on the grounds that "Omni has become much more of a concept ... a term to define the blending of science fiction and science fact, and delivering that message through prose and art."

Guccione’s influence, though, remains. Evans speaks lovingly of the earnest, "starry-eyed" essays by Guccione in the early issues of Omni, describing his enthusiasm as a guiding light. "It's kind of a weird patron saint to have, this gold-chained lothario as the guardian angel of the entire project. And yet it sort of makes sense to me. It's someone who was never expected to be what he was and maybe was never truly understood."

As Omni leaves print and UFOs behind, what can Evans bring to a reboot? "We're 15 years closer to the future than Omni was then. We have that on them ... There are things that the writers of Omni dreamt and speculated about in 1985 that we are totally living now." If the new site succeeds, she says, "Perhaps the next people that inherit the pile of broken computers that will be the future Omni archives, those people will say 'Oh, they got it right.’" 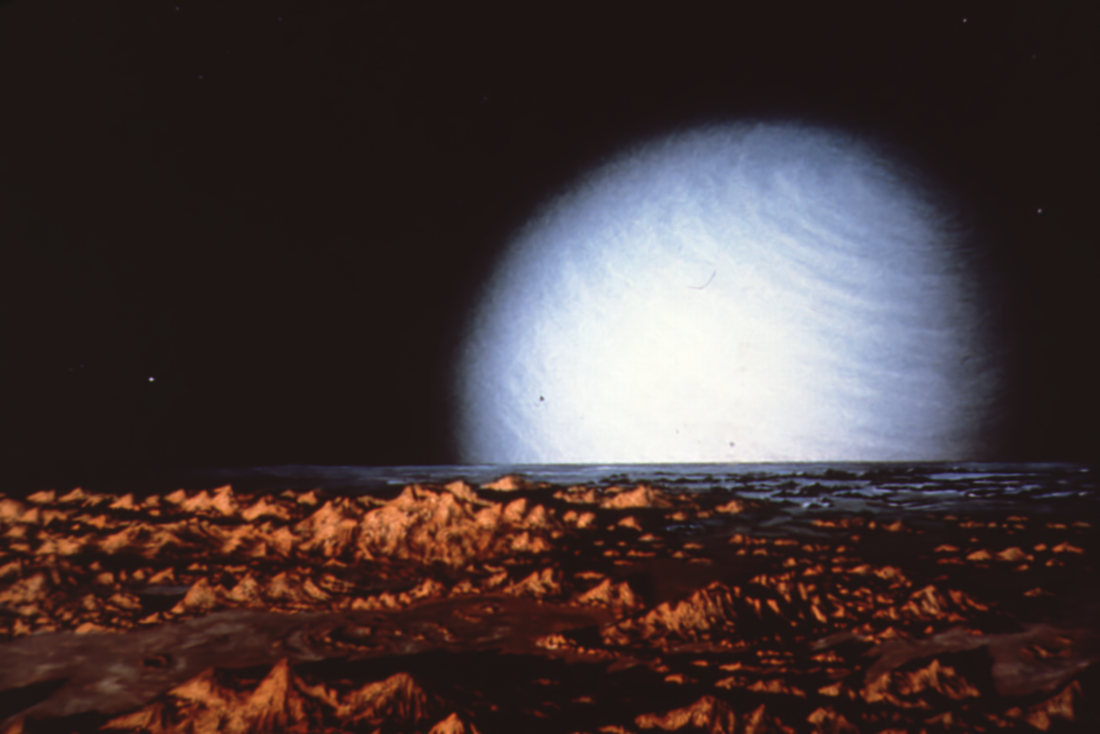