What is the Nvidia Tegra Tab?

What is the Nvidia Tegra Tab?

It's a little-known fact that Google and Asus didn't produce the original Nexus 7 tablet alone. It was Nvidia's Kai program that brought down the price of components enough to turn a budget Asus tablet into a Kindle Fire killer. Before the dust had even settled, Nvidia promised more cheap slates. Fast forward to today, though, and Tegra 4 is again failing to make much of a dent in the market. The new Nexus 7 doesn't include Nvidia's Tegra 4, as Qualcomm won that bid, and Asus spurned Nvidia for its Fonepad as well, choosing a processor from Intel instead.

What's a chipmaker to do? It looks like Nvidia might be brokering deals to produce more of its own hardware.

A blend of old and new

This week, Chinese gadget sites published leaked photos of a device which appears to be called the Tegra Tab, which appears to be roughly a 7-inch slate with design cribbed directly from the Asus devices. There seems to be a stylus slot and a micro-HDMI port, both features which the Nexus 7 devices have lacked, but this device includes the original Nexus 7's trademark stipple texture around back mixed with the matte finish, horizontal orientation and rear camera placement of its successor. 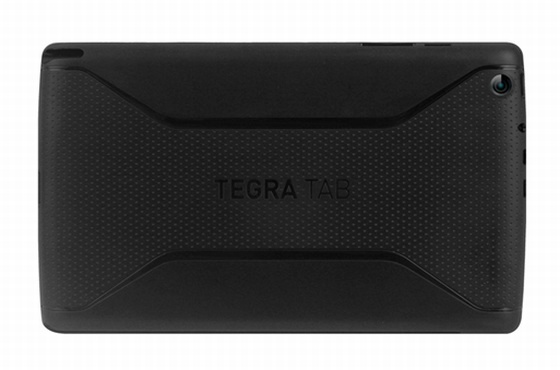 Chinese language sites immediately speculated that the tablet was being built by Shenzhen Homecare Technology, which just recently announced that it was building a Tegra 4 tablet with a stylus, one which does indeed look like it could line up with the images. The company recently documented a series of meetings with Nvidia executives, including one picture of Nvidia China VP Zhang Jianzhong against a whiteboard that explicitly mentions the Nexus 7. 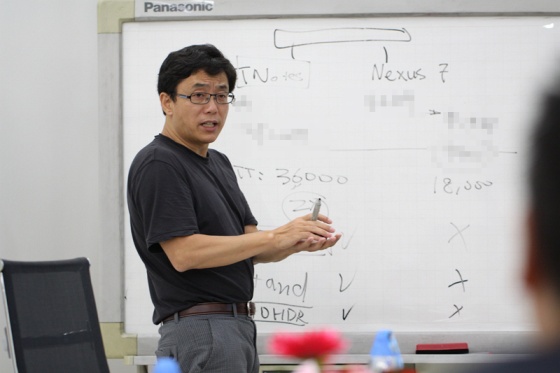 But the name Tegra Tab, and the little trademark symbol next to it, suggest that the slate might not be destined to remain in China forever. Indeed, Nvidia filed a trademark for "Tegra Tab" in the United States this April.

On an earnings call today, Nvidia CEO Jen-Hsun Huang spoke of a "very important platform" that "didn't do as well as we or frankly anyone in the industry hoped," a single design win that might have cost the company $100 million or more. He wouldn't name that platform, and it's not clear whether it might have been the Nexus 7 or perhaps more likely the original Microsoft Surface, which also housed a Tegra processor. (Huang says a Nvidia-powered Surface 2 is inbound.) Either way, the company showed with the Nvidia Shield and the Kai program that it's willing to invest in hardware to promote its Tegra chips. We're curious if the Tegra Tab will be just a niche Chinese tablet or a true extension of that initiative.

When asked about the images, Nvidia said it doesn't comment on rumors or unannounced products.