It knows everything about me, but can it make me a better person?

The walking portion of my daily commute got a lot shorter when I started at The Verge. The subway used to drop me one avenue and three city blocks from my previous office, and the walk added about 4,000 steps to my daily average without any extra effort on my part. Now the subway lets off across the street from the building, drastically reducing both my commute time and my average daily step count. I noticed, too; I just felt worse.

So I turned to the Withings Pulse to help me get things back on track. The Pulse certainly has all the tracking features I might need — everything from steps to sleep to heart rate is collected by this thumb-sized device. It joins a family of health-tracking products from Withings, which already include a scale and blood pressure monitor. All three products are pulled together in the Withings Health Mate app, which aims to put the focus on overall health rather than just tracking the statistics logged by the devices. I knew that my step count had decreased since starting the new job, but there had to be other areas that needed improvement as well.

Of course, every fitness tracker promises to make you a fitter, healthier, happier, and better person. The $99.95 Withings Pulse certainly collects the most information, but how does it hold up next to established players like Nike, Samsung, Jawbone, and Fitbit? I clipped it to my belt and started walking — it was time to get back in gear.

The Pulse doesn't make a fashion statement like so many other fitness trackers these days. Whereas wrist-worn competitors such the Fitbit Flex, Jawbone Up, and the Nike+ FuelBand aim to be a part of the wearer's everyday wardrobe, the Pulse is no bigger than a matchbox and can be clipped inconspicuously to a belt or the inside of a pocket. 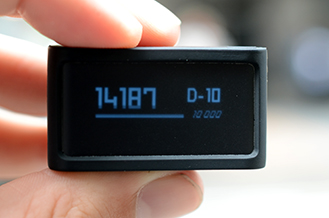 Takes a cue from a slightly older generation of wearable tech

But the Pulse isn't exactly a clip-on tracker like the Fitbit One or Fitbit Zip, either. It's a small plastic device with a touchscreen and a heart rate monitor that's designed to fit into a clip attachment, arm band, or pants pocket. The flexibility is great if you're not into wearing a bracelet, but it makes the Pulse hard to keep track of. I'd forget to move the tracker from one pair of pants to another, or to take it out of the charger when it was done; I had to add new habits to my daily routine, which meant more room for human error.

I wore the Pulse clipped to my belt for the first few days, pleased that the boxy design was slightly more discreet than my rounder and more playful Fitbit Zip. But I learned the hard way, after backtracking a quarter-mile during a morning jog, that the soft plastic clip attachment isn’t quite as secure as I thought. Losing the device was mostly my fault — it fell out shortly after I checked my mid-run stats — but the device has remained inside my pocket since.

While the Pulse works perfectly well inside a pocket, many of the conveniences that set this tracker apart are lost when it's tucked away. Instead of just collecting data and then syncing to an app to display information, the Pulse shows 10 days’ worth of data without any sort of third-party device. The touch screen can scroll through step count, elevation climbed, distance traveled, and calories burned. After the first near-loss, though, I checked the device much less when it was in my pocket. I’d just wait until my next sync and check the app on my smartphone.

It wasn’t much of a loss, since the interface on the Pulse feels lethargic and slightly unfinished anyway. There's a painfully slow lag after every swipe, and at times my touch wasn’t even recognized. I mostly gave up, and relied on the Withings Health Mate app to view the data. 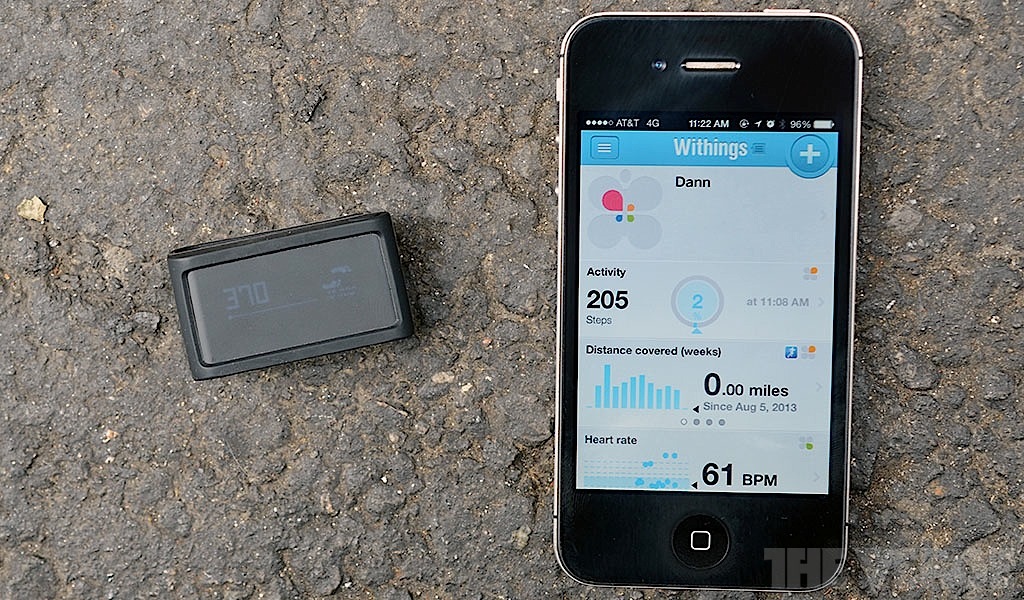 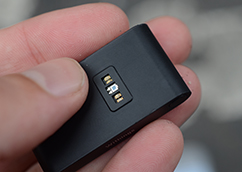 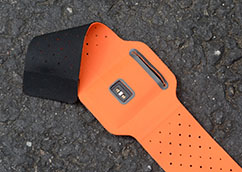 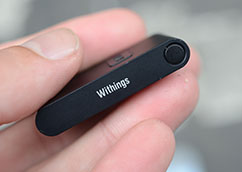 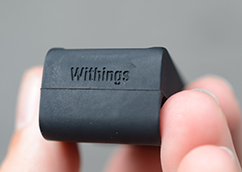 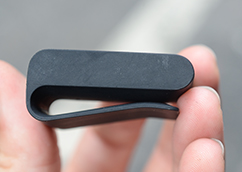 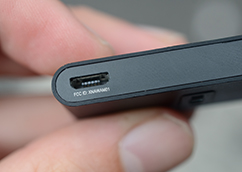 The Pulse collects a ton of information, well beyond any other mainstream lifelogging device on the market. The pedometer doesn’t just measure steps, but calculates altitude and calories burned too. There’s a sleep mode that differentiates between light and deep sleep, and a built-in heart rate monitor.

Instead of perfecting any of the trackers, Withings tried to shove as many half-finished features as it could into the device. The Pulse uses a small light on the bottom of the device to track heart rate through your finger or wrist, but the readings weren’t always trustworthy. There were a few times when it would show my resting heart rate as 167 BPM — I’m pretty sure that’s not right — only to measure 66 BPM a few seconds later. Different fingers gave different success rates, but there were always one or two readings that messed everything up. The occasional misreading can be deleted, but not on the tracker itself. I had to sync to the app and then remove the erroneous heart rate before my data made any sense.

Most tracking devices just see runs as large collections of steps, but the Pulse actually knows you’re running. The workout tracking starts after three minutes of detecting a jog, and continues tracking the entire workout even during walking breaks. The Pulse doesn’t quite have enough features to replace my RunKeeper app, but it was nice to have my exercise recognized and logged.

The Pulse actually knows when you're running

Sleep tracking with the Pulse isn’t quite as automated — it still requires a few button presses and a screen tap to enter sleep mode. It’s a bit easier to remember, at least, since the tracker needs to be physically transferred to the arm band and back every day. Unfortunately, there’s no silent, vibrating alarm to wake you up in the morning — the Jawbone Up, Fitbit Flex, and Fitbit One all wake you gently but the Pulse just measures that you've overslept.

Withings’ idea of overall wellness is a bit too rigid, as well. I would wake from a restful seven hours of sleep only to be told that I should have slept another hour. The sleep goal is locked on eight hours of rest, which is entirely too much sleep for me. Jawbone recommends a certain amount of sleep, but it let me adjust my goals rather than constantly telling me I was falling short. Both Jawbone and Fitbit also let you customize daily step goals, but Withings is locked to the 10,000-step recommendation.

The battery on the Pulse is designed to last 14 days, but it’s hard to tell whether it actually lasts that long. When charging, the battery level indicator takes over the screen and quickly shows a full charge long before the device is at capacity. The Pulse died just three days after my first recharge, and there’s no low battery alert — I didn’t notice it was dead until I tried to sync the device the next day. The battery level indicator is hidden behind six button presses, too; I was tempted to set a Google Calendar reminder just so I’d remember to charge the battery.

The app that almost could

At first, the Withings Health Mate app (for iOS and Android) seems promising. Instead of building the app around a single device, it aims to provide a guide to overall “wellness” that extends beyond the data collected by the tracker. A person’s total health is separated into four main categories, which are displayed as wings on a colorful butterfly: weight, activity, sleep, and heart. As these wellness areas improve, color expands to fill each bubble.

The Pulse tracks all of these things except for weight, providing a nearly complete health image while making me want to go out and buy the Withings Smart Body Analyzer scale and just automate everything. But the app doesn’t just connect to Withings-branded devices. While Fitbit and Jawbone remain largely stuck in their own tiny ecosystem, the Withings app can connect to other products you’re already using. Sleep tracking can be improved — or supplemented — by adding a Zeo headband (discontinued) and BodyMedia armband, and I was able to connect to my Runkeeper app to import my morning jogs.

Each connected device or app is given its own separate widget on the home screen. You have to click into a specific activity type before viewing history or details — there’s no way to browse all the information by date. Having everything in one place is great, but the app does nothing to actually bridge any of this information together, at least beyond filling in the colors on the butterfly wings. If I wanted to see yesterday’s information, I had to click through each activity type separately.

The best part of the application was reminders, which was extremely helpful for someone as forgetful as me. I could set a time and get a push notification when I need to measure my blood pressure, weigh myself, exercise, or go to bed. I came to rely on the reminders, which was helpful when I had my phone but didn’t do any good if it was left in another room. Having reminders display or vibrate on the Pulse itself would be great, but the touchscreen goes sorely unutilized here.

Color expands to fill each bubble as wellness areas improve 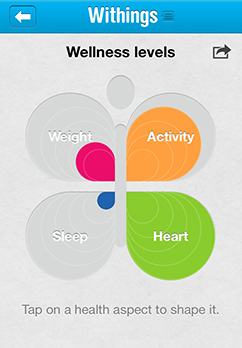 Our review of Withings Pulse O2 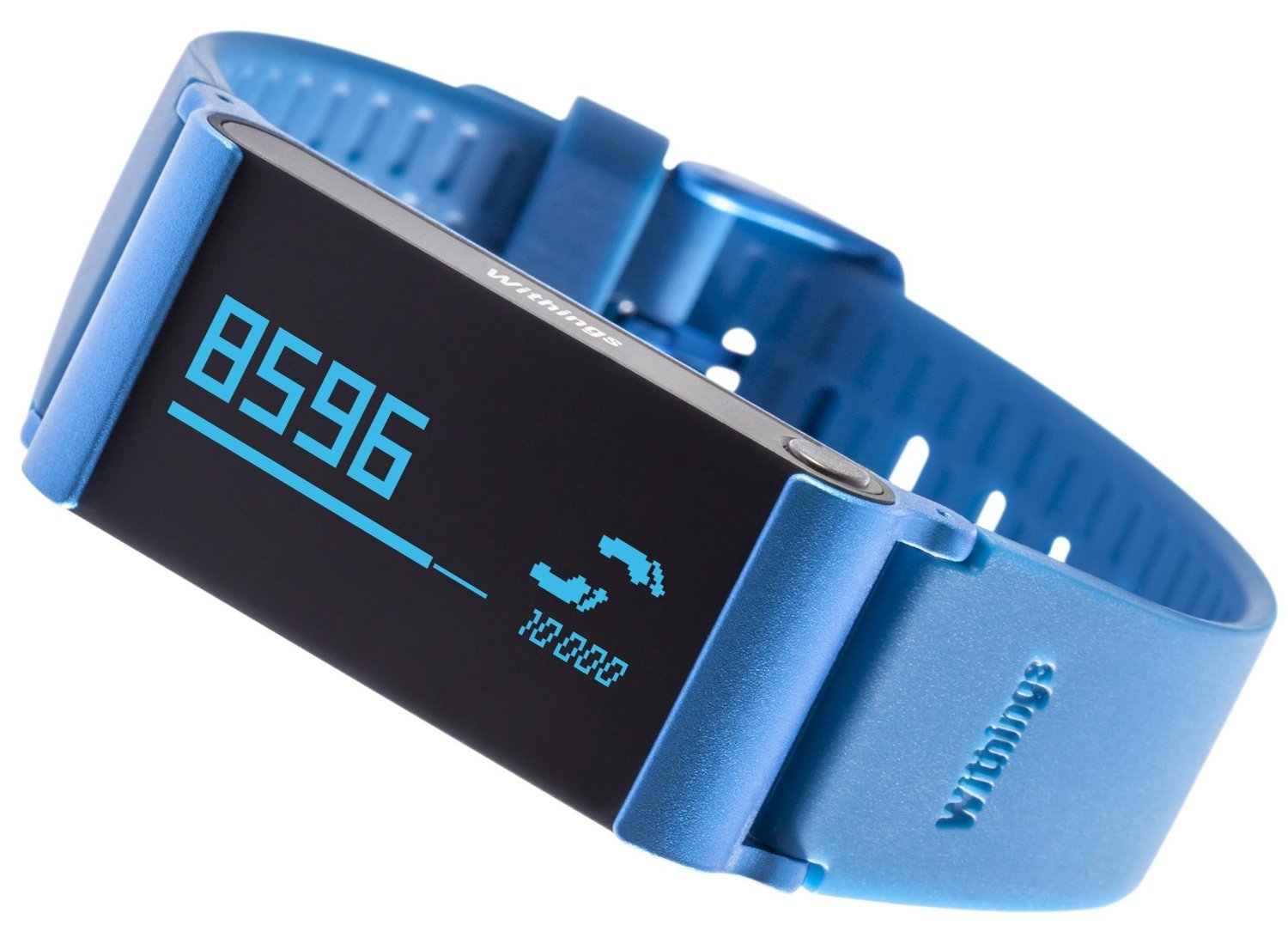 The $99.95 Withings Pulse is certainly an evolutionary step towards my ideal device, but it’s still not quite there. It lets me collect more information than any other tracker I’ve used, but just doesn’t yet pull things together or feel completely finished. It easily outpaces the $99.99 Fitbit Flex and the $129.99 Jawbone Up, but it’s going to take work to actually take advantage of all these features. I wanted the touch interface to be a tad faster, the heart rate monitor to work a tad better, and the Health Mate app to provide just a tad more meaning. Plus, I got really tired of switching the tracker from my jeans to my workout pants to the wrist strap and back again.

The Health Mate app is my biggest gripe with this device, but it’s also the area that shows the most promise. Withings is proving its commitment to overall health by creating the four butterfly zone system and allowing users to connect to third party devices and apps. But there’s no real connection between the individual bits of information, and the app does nothing to understand you or your habits.

I’m waiting for things to be more automated, for the insights to be more valuable. I prefer the Fitbit Flex, but my experience has shown me that I just can't get used to wearing a bracelet. I need to get healthy now, and despite its problems the Withings Pulse is the closest thing yet to the product I want. It’s a lot better than than moving further away from the office, anyway.