Have you ever seen this noise while taking a picture in low light? If so, you might have a bad HTC one unit. 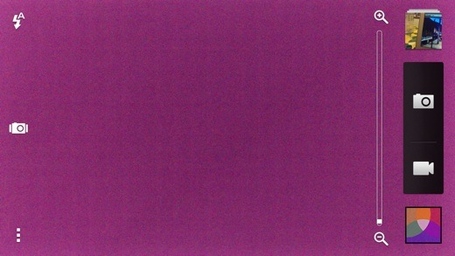 For the past month or so, I've felt that my HTC one was taking horrible pictures in low light. I didn't give it too much thought since I don't take that many photos anyway, and even if they were edging on decent I didn't choose this phone for its camera quality. Regardless, I couldn't believe how bad it was when I did, so when I finally took the time and searched online for others with similar complaints, I found out that not only was I not alone with this gut feeling, but that this was a very serious problem popping up with hundreds of users everywhere, and not the camera quality reviewers from The Verge talked about.

According to XDA user reports, there is a serious hardware and even possibly a software problem with the camera sensor in many HTC one handsets across all versions and regions. An Italian Blog site hdblog.it posted an article speaking directly to HTC and finally officially confirming the issue to all who are experiencing it.

An Example of a good and bad unit: 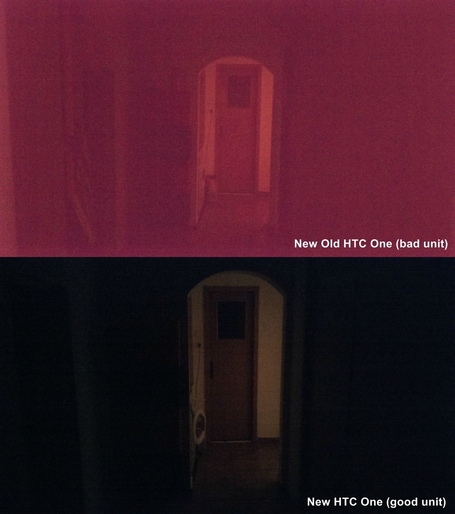 A quick and easy way to test if your HTC one handset has this defect is to place it heads down on a flat surface completely covering the camera and watching for RED/PINK/PURPLE/BLUE colored noise. If you are one of the many unfortunate people whose positive for this noise, there are currently two options: The first is to exchange the phone with a new one under warranty, and hope that this problem doesn't show up again. The second is to wait for update 4.3 where HTC promised a fix for those experiencing this issue. Whether they deliver on said promise is another question altogether, however the fact that they acknowledged it is a good start.

I unfortunately don't know anyone with an HTC one to compare shots with, but if readers from The Verge forums can test this out and post some updates, that would be helpful.

EDIT: CNET just read my forum post from my reddit link, and wrote up an article about it, further confirming with HTC the widespread existence of this problem.

However users from Taiwan have reported that the update did NOT fix the issue. 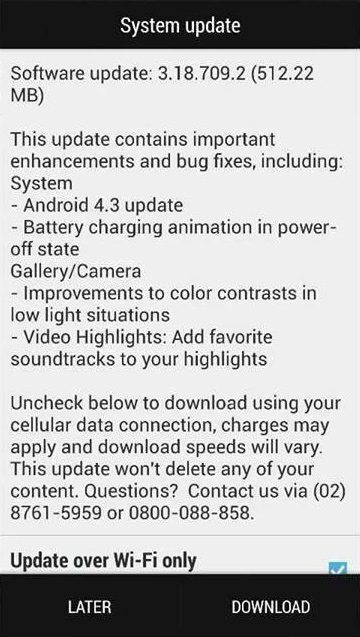