The South Korean government has cleared The Korean Land and Housing Corporation, which it owns, to build the world's first "invisible" skyscraper — near Seoul's Incheon International Airport. Erecting a completely invisible high-rise is obviously not literally possible — if it were, putting it near an airport would be a flatly stupid idea. Fortunately, the planned building won't be truly invisible.

Rather, GDS Architects, the US firm behind the Infinity Tower project, has come up with a system that uses a series of LED lights and cameras to reflect the surrounding area onto a portion of the skyscraper's glass covering, according to a report from CNN. The system will allow the building to essentially disappear into the sky when being looked at from a very specific vantage point. In other words, most of the time the tower will be clearly visible.

GDS says it expects the construction of the 1,476-foot tower to be finished sometime next year. In addition to its invisibility trick, the Infinity Tower will feature the third largest observation deck on the planet. CNN also says that the high-rise will be filled with restaurants, a movie theatre, a water park, and a roller coaster. When its done, the high-rise should end up being the sixth tallest building in the world. 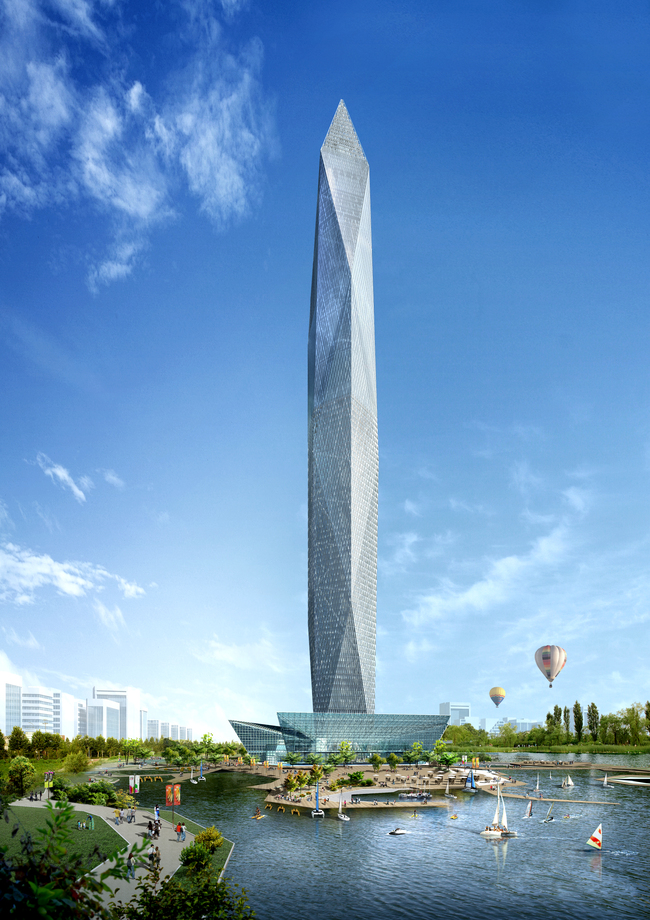