Earlier this week, Olympus unveiled the E-M1, a Micro Four Thirds camera that lands well on the higher end of the system's price range: $1,399.99, body only. Though the camera doesn't quite retain all of the cool, throwback looks of its predecessor, it does add some really useful features like Wi-Fi, steps up its speed in a few areas, and includes a built-in way to autofocus when adapting lenses built for the original Four Thirds system. But how much of that really matters in a somewhat expensive camera with a relatively small sensor? We're taking a look at what's nearby the E-M1 to see what hole it's hoping to fill. 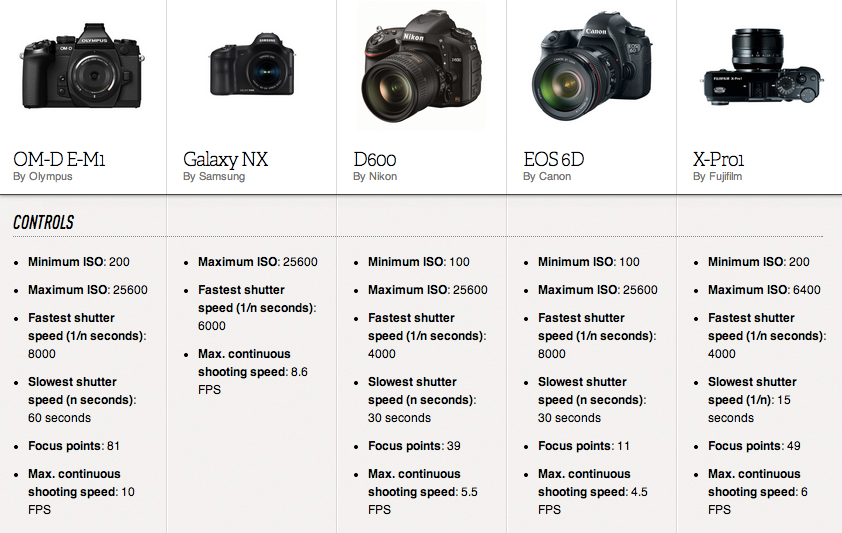 With the E-M1, Olympus has built a lot of power into a fairly small package. It can shoot an impressive 10 frames per second, as quickly as 1/8000th of a second, and has an 81-point contrast detection autofocus system that ought to handle well. It also has in-body image stabilization — a feature that should mean quite a bit, especially when adapting manual lenses now that it's added focus peaking. Those points all manage to stand above many nearby cameras, but the ultimate decision for many is still likely to hinge on image quality, and a bigger sensor goes a long, long way.

After one year and a major price drop, Fuji's X-Pro 1 has come to down the fairly competitive price of $1,199.95, body only. With a larger APS-C sensor, small body, and plenty of controls, it offers some of the toughest immediate competition the E-M1 will have. The Olympus camera stands out with its large, stunningly detailed electronic viewfinder (EVF), but while the X-Pro 1's EVF isn't quite as sharp, it can be flipped out of the way on command in favor of a direct optical viewfinder. Fuji's camera could also be a bit limited by the available XF and X-mount lenses, while the E-M1 should have its pick from lenses on Micro Four Third's expansive — and highly adaptable — mount. 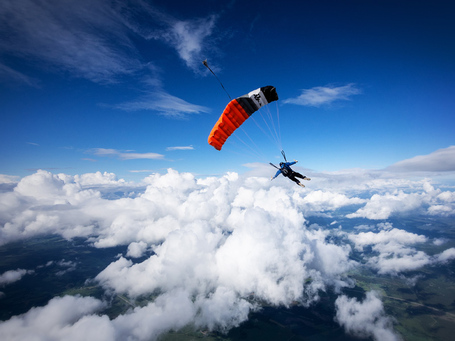 A sample photo from the E-M1, provided by Olympus.

Though it's by no means a small gap, it's also worth paying attention to the incredible options above Micro Four Thirds and APS-C cameras that would until recently have been far too pricey to even consider. Most notably, both Canon and Nikon have positioned impressive translations of some of their most popular cameras at about $2,100. While that's far above the E-M1, both Canon's EOS 6D and Nikon's D600 come with full frame sensors that have well over 3 times the imaging area of a Micro Four Thirds sensor. Those cameras may seem like they're bringing something completely different to the table — and they are — but without an obvious or compelling tale for the E-M1 itself, it's important to recognize what other options and lens systems are at remotely accessible ranges for new photographers.

The photography landscape has changed. A lot.

On the other hand, there are also competitors nearby the E-M1 that do things much differently. Samsung's upcoming Galaxy NX camera includes an APS-C camera and interchangeable lenses, and it's running on Android, which will put forward a completely different operating experience than every camera above. The E-M1 has solid connectivity options — it can even use a tablet as a viewfinder — but it may be nothing compared to the customizable interactions capable when a full-fledged operating system is running on your camera. The Galaxy NX, alongside the the 6D and the D600, also takes up a more substantial DSLR-style body that long-time photographers could be more comfortable handling.

The E-M1 is entering a really varied and competitive market. The photos that it shoots — at least based off of the sample photos provided by Olympus — look really good. If the E-M1 can in fact capture great images in a small body with lots of controls, it could easily become an enticing option for those looking for a small and capable system. But with more powerful, more interesting, and simply sleeker looking cameras beside it, its high price may make it hard to justify looking at if its images can't live up.

There were a bunch of other exciting new products that entered the database this week: