Hackers and educators love the Raspberry Pi, and at least a few people at Google do too. For a year, Google has provided funding to a UK program that trains teachers on how to use the small, inexpensive computers in classrooms. This week, Google introduced Coder, a free software download built by a team of Googlers in New York that turns the Raspberry Pi into a tiny server that can host basic web apps for those learning to code in HTML, CSS, and Javascript. Google says setting Coder up on the Raspberry Pi takes just ten minutes. 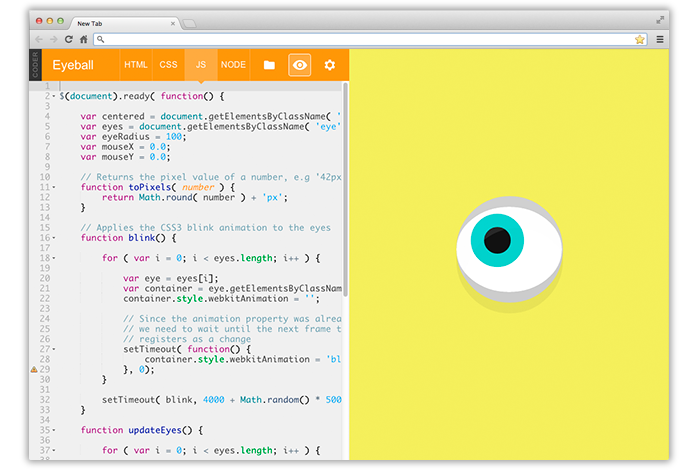 All you need to get started is a Raspberry Pi, of course, an SD card to store Coder, and a Wi-Fi connection. This being an open-sourced Google project, the software runs in the Chrome browser — what else would you expect? The entire code library is available on GitHub for experienced developers who want to edit to the software itself, rather than just use it to build stuff. Google says it built Coder to be used in programming projects from groups such as Codeacademy and Khan Academy. The software even includes a few web apps that users can get things started with, such as an eyeball that is animated to blink.