The first-ever 3D-printed gun is now on show at London's Victoria and Albert (V&A) museum. Dubbed "The Liberator" by its creator Cody Wilson, several examples of the gun were purchased by the art and design museum recently, and went on show September 14th, the first day of the London Design Festival. The V&A says it's "acquired two Liberator prototypes, one disassembled gun, and a number of archive items" to "enhance its collection of 3D printed objects and represent a turning point in debates around digital manufacturing." According to a Forbes interview with Wilson, both of the prototypes were fired, and one had its right side blown off in a failed test.

Wilson sees the exhibition of his work as something of a win, telling Forbes that, while his project isn't art, "it has an artistic sensibility about it... it’s a kind of demonstration, proof of the direction of our technical future." Writing last week as part of his monthly column for Dezeen, V&A senior curator Kieran Long noted that "ugly and sinister objects demand the museum's attention just as much as beautiful and beneficial ones do." 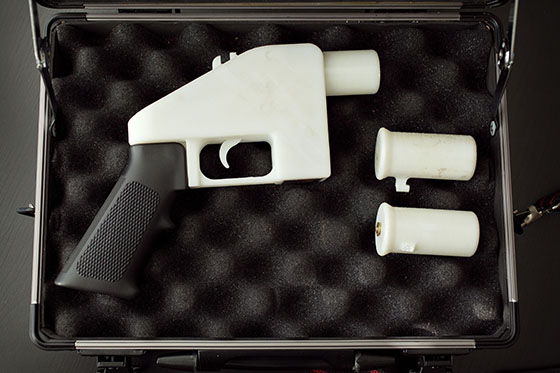 "It will now be this curated, permanent cultural provocation."

The Liberator will now be on display indefinitely at the V&A. "What happened in May is getting put behind glass," Wilson says, "it will now be this curated, permanent cultural provocation." The designer has faced a series of legal challenges to his plan to create a 3D-printed firearm, but his company Defense Distributed was granted a firearms license earlier this year.