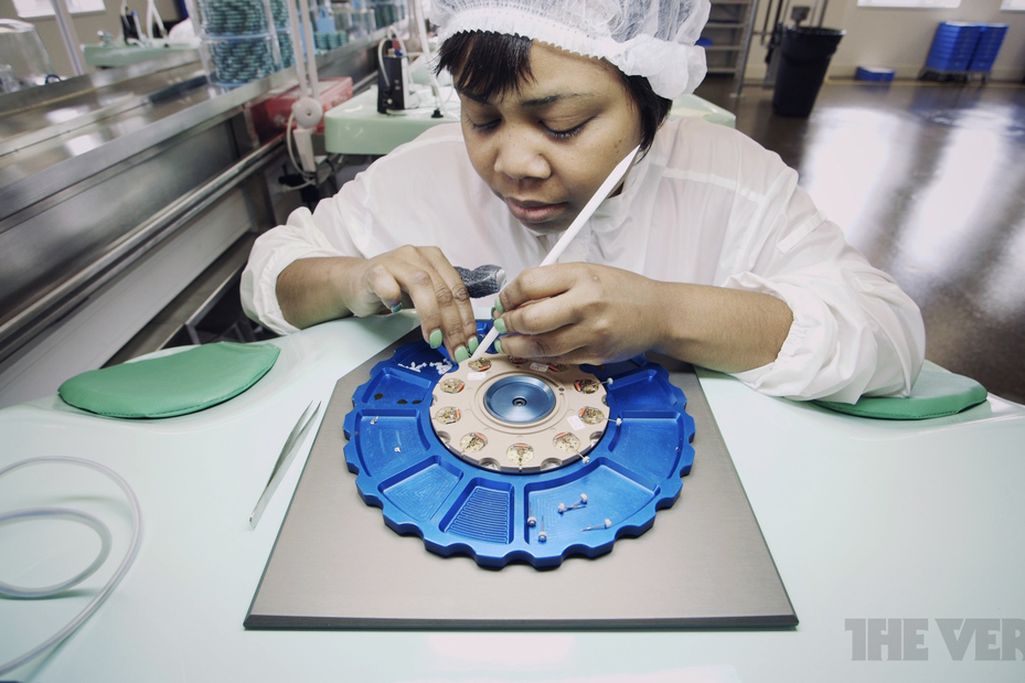 Detroit stories come in two kinds. There’s “the collapse of the Motor City” — the story of a once-great city now abandoned and bankrupt, its people gone or dug in, its once-grand buildings now majestic ruins, its streets overrun with stray dogs. And then there’s the story of “Detroit resurgent” — a hope as much as a truth, found on ubiquitous T-shirts emblazoned with “Detroit Hustles Harder” and “Detroit vs. Everybody.” It’s a hope embedded in the city’s motto, adopted way back in 1827: Speramus Meliora; Resurget Cineribus. “We hope for better things; it shall rise from the ashes.” It’s a comeback story felt deep in the city’s blood and bones, and glimpsed through the ashes.

Shinola wants to be part of that hopeful story. You might recognize the name: it’s a resurrection, too, a brand of shoe polish popular around World War II, best remembered now through the phrase, “You don’t know shit from Shinola.” That earthy authenticity beckoned to Bedrock Manufacturing Co., a Dallas, TX, investment firm that revived the brand for its newest venture: an American-based watch manufacturer. So Shinola came to Detroit.

"There’s no watch company in Detroit," said Judith Walker a year ago when she was offered an interview with the company. "I’ve lived in Detroit my whole life and I’ve never seen one," she told the recruiter. Tired of an hour-long commute, she’d just left her job in quality control at the General Motors plant in Lake Orion, MI; her husband and son both work in the automotive industry. Despite her skepticism, she agreed to an interview.

She had good reason to doubt that a watchmaker had sprouted in Detroit. First, there was the fact that America hasn’t made watches in serious quantities since the late 1960s. There remain a few specialty outfits in the US, but the real action is still overseas, particularly in Switzerland. Second, this is Detroit. A city where the unemployment rate hovered around 30 percent; a city whose population had peaked at 1.8 million in the 1950s, and has been on a decline ever since — in just the previous decade it’d lost a quarter of its people. A city suffering from years of mismanagement and corruption, a crumbling infrastructure, and an eroding tax base that left it perpetually on the brink of bankruptcy (which it finally declared the following year, the largest in US history). That a new business wanted to test its mettle here seemed… implausible.

But like the shirt says, "Detroit Hustles Harder." The city’s eager for any kind of economic development. Mayor David Bing told The New York Times that when it comes to bringing new business to town, "My job is to knock down as many barriers as possible and get out of the way." That attitude has proven controversial, to say the least, with some longtime residents feeling themselves suddenly at the mercy of billionaire developers such as Dan Gilbert and Mike Ilitch, who have the money and influence to remake downtown Detroit. And they’ve done so in rapid fashion, but not without pointed questions being raised. In the most recent example, Ilitch, owner of the Detroit Red Wings, brokered a deal to receive up to $450 million in state aid for the team’s new arena.

Such a business-friendly climate appealed to Shinola’s executives. But there was something else, too, says Daniel Caudill, the company’s creative director. After visiting for the first time, he picked up on the local energy. "It's infectious. There's an excitement about this city right now," he says. "We're really excited to be a part of it."

Shinola wants to make 500,000 watches a year, each reading "Built in Detroit"

Even so, the city might not seem the place for a brand of luxury watches, but Shinola can train local employees (many of them automobile-industry veterans familiar with assembly-line work) to assemble Swiss materials. And thanks to industry connections, Shinola has Swiss watchmakers available to train each one of its Detroit employees. It currently has about 40, and imagines producing 45,000 watches this year. Eventually, the company hopes, that number will reach half a million. Each reading "Built in Detroit."

They’re produced in a large, fluorescent-lit room where workers wear hairnets, smocks, and shoe coverings to prevent dust particles from entering their watches’ delicate inner workings. Employees sit at green tables imported from Switzerland, garbed all in white, leaning over their work, carefully manipulating the tiny components. Like almost everything else in Detroit, the building has a history tied to the automotive industry: it used to be the General Motors Research Laboratory. Today it’s home to the College for Creative Studies; student projects hang in the Shinola lobby.

After passing a dexterity test, Judith Walker came to work in the room. She learned how to assemble those Swiss parts into movements, the part of a watch that does all the work. "We all call it a heart," she says. "We put our all into it."