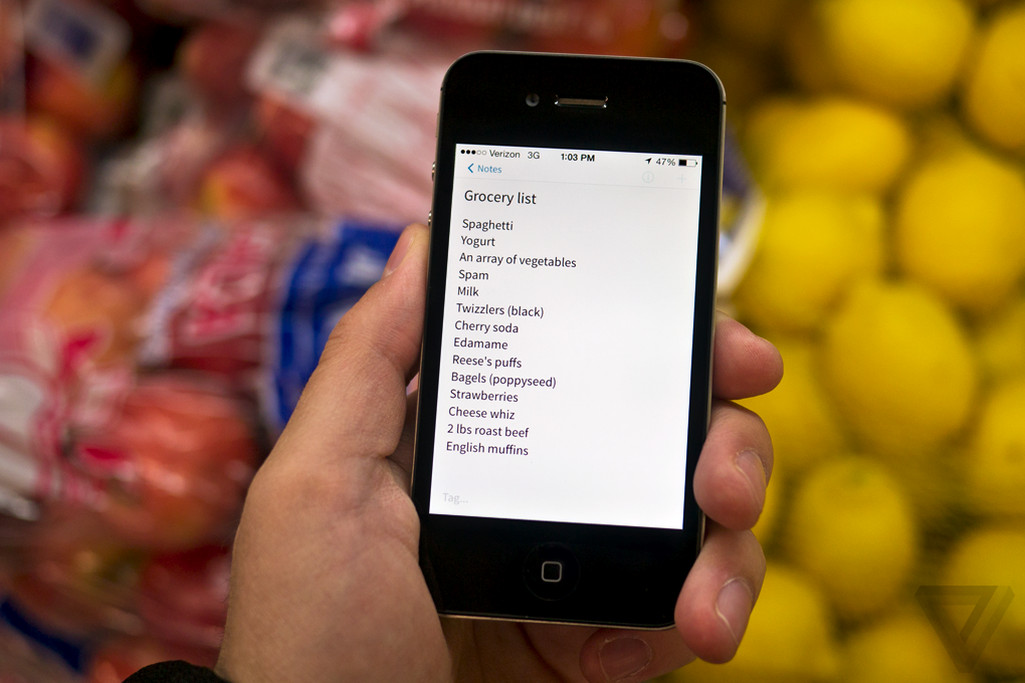 Mike Johnston had an itch.

Simplenote, his once-beloved note-taking app, had been gathering dust for the better part of two years. Johnston had been spending most of his time building Simperium, a syncing engine for apps that is part iCloud, part Dropbox and kept Simplenote in sync across platforms. Simplenote was once a prime example of Simperium’s syncing prowess, but the app had fallen by the wayside. “Is it a bigger business to sync text notes, or to build the app that powers syncing everything?” Johnston and co-founder Fred Cheng asked themselves two years prior. Simperium won.

Johnston felt a little negligent, since Simplenote had existed for years before Simperium ever came to be, and had a very dedicated user base. He and Cheng built Simplenote in 2008 because they hated Apple’s yellow Notes app and its awkward marker-felt font. The app did one thing, and it did it remarkably well, years before Apple ever uttered the word iCloud. Simplenote made money from a subset of users who spent $19.99 to remove ads and add Dropbox syncing, but the co-founders decided to head in another direction. They went on to join Y Combinator, a startup accelerator in San Francisco, and founded Simperium in 2010 to build a new vision for syncing files.

"Is it a bigger business to sync text notes, or to build the app that powers syncing everything?"

Developers loved Simperium, but Johnston still loved Simplenote. "It’s been great source of stress for me since Y Combinator," he says. "I’ve always wanted to focus on it, but you make tough decisions — we made a call to focus on Simperium." It’s all more obvious in retrospect, Johnston says, since Simplenote so clearly heralded a future filled with hundreds of thousands of apps all synced and hosted in the cloud, but at the time, it was just a useful little app for keeping day-to-day notes and lists. "Simplenote just sat there, but to our surprise, people kept using it. The app resonates with people," says Johnston.

Soon, he would have his chance to work on Simplenote again. This past January, Simperium was acquired by Automattic, the company behind WordPress.com — a platform that powers a whopping 20 percent of the web’s content management systems on everything from news sites to BillCosby.com. Johnston and Cheng assumed that Automattic founder Matt Mullenweg wanted their talent, good looks, and syncing technology, but that wasn’t the whole story. Mullenweg also wanted Simplenote, the pair’s aging notes app. "I probably would have never heard of Simperium if it wasn’t for Simplenote," Mullenweg says. "The app really demonstrates the power of the Simperium API, and the tastefulness of the people who created it."

Mullenweg also presented Johnston and Cheng with a memorable gift: Simplenote.com, a URL the two had been coveting for years. It was finally time to bring Simplenote back to life. 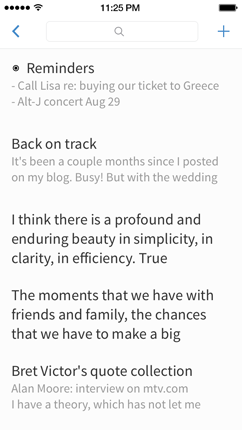 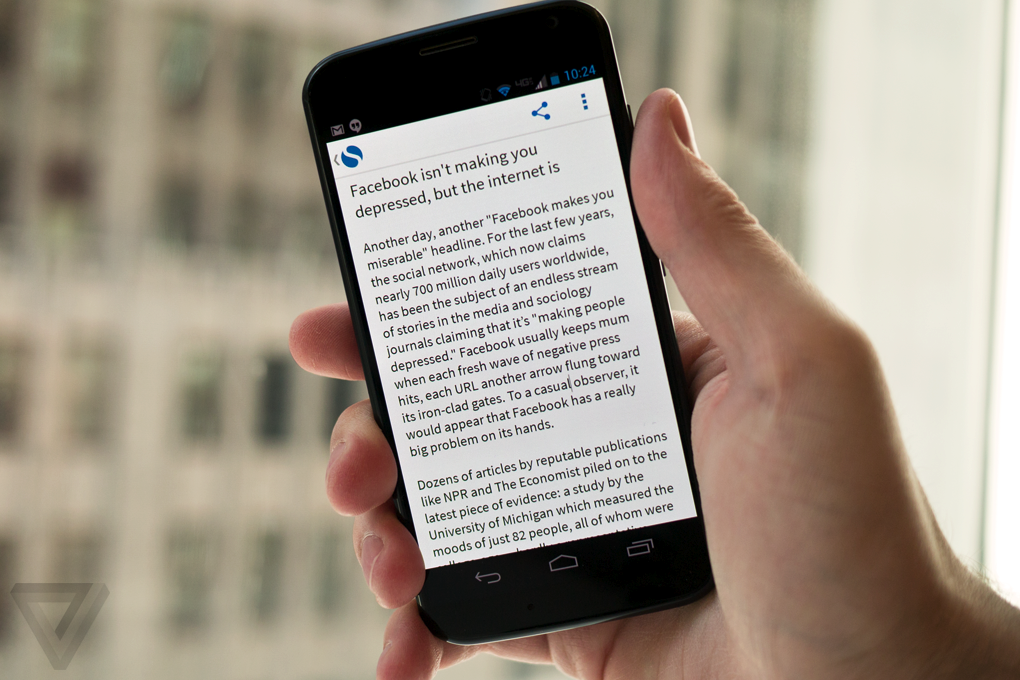 For Johnston, the first step toward building a brand-new Simplenote was addressing users’ number one request: support for more platforms besides iOS and the web.

"Most apps release a big, new update and there are 10 new features that they’ve added," he says, "but we’ve done the opposite." Simplenote’s new apps for iOS, Android, Mac, and web share an iOS 7-inspired visual style, bearing few buttons, details, and adornments. "We focused on the content, and deferred to the content in all possible ways," says iOS lead Tom Witkin. For example, in the company’s iOS 7 app, the bottom navigation bar drops out of sight as you scroll down. "It’s not about minimalism, even though the end result might look minimalist," says Johnston. To him, the new apps are about returning to Simplenote’s original goal: a simple interface for instantly synced text notes.

Simplenote’s new apps are lightning fast, letting you search through your notes, pin notes to the top of your list, create drafts, add tags, and even publish your note to the web using a public URL. There’s also collaborative editing, though it isn’t as instantaneous or powerful as Google Docs in practice. But true to its name, it’s all simple to do, and that’s the point. Like Google Docs, there’s no way to "refresh" your notes, or even save them. The app syncs as you go, or catches up when you come back from offline. 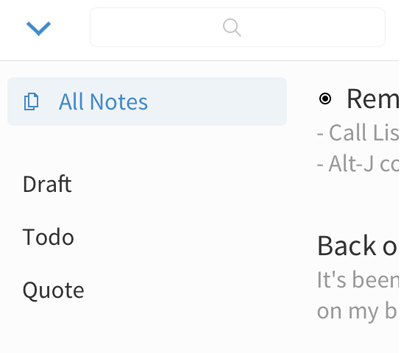 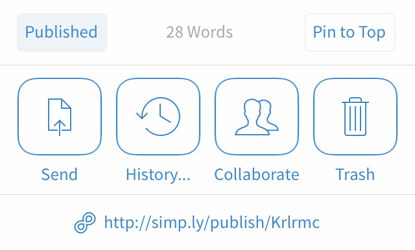 On the back end, Johnston and his newly formed team of engineers moved Simperium, which still powers Simplenote’s syncing, to Automattic’s more capable servers. As you type in the new apps, your changes are instantly sent to the server and appear in any other instance of Simplenote you’re running. Changes appear only a couple of seconds after you type. The app saves versions of each document every time it syncs, as well, so you can go back and see what you’ve done. The technology is inspired by Google Wave, only sending what’s changed across the wire rather than the whole file. Dropbox operates under the same principle, and it makes syncing blisteringly fast.

In fact, once Johnston and his team combined Simplenote and Simperium, they ran into a problem: syncing was too fast. Letters you typed were being transmitted too quickly to the server, so Simplenote’s version histories were plentiful but meaningless. "Now, we artificially delay our syncing," says Johnston. "We won’t save [your work] for one or two seconds after you’ve stopped typing." Otherwise, Simplenote would create a version for every key you typed, since the system is checking for updates every 200 milliseconds.

With new apps and a refined back end in place, Simplenote was ready for business — except it wasn’t. The company decided to drop its premium pricing plan and offer up all its new apps for free. 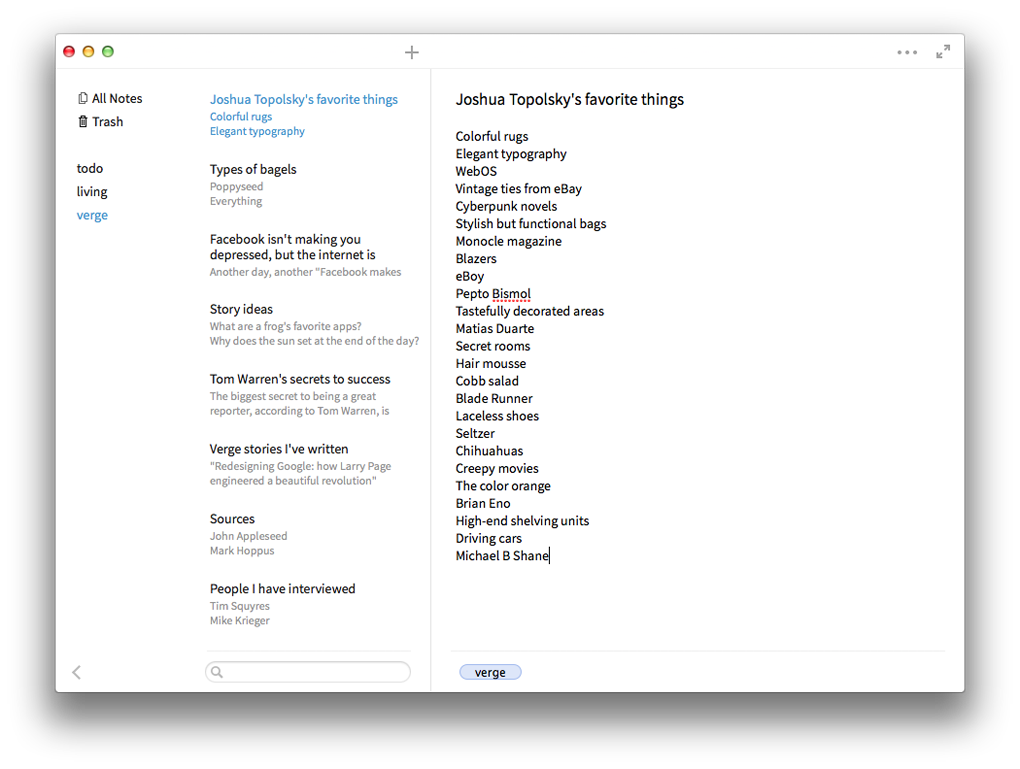 "This launch will be a little controversial," says Johnston, "because we’ve removed some things and turned off premium upgrades." Current premium subscribers will be allowed to keep Dropbox-syncing for their notes, but Simplenote isn’t letting any new users pay. "We can’t turn premium back on until we can find a significant value we can provide," he says. "Maybe it’s Dropbox again, or themes, or…" Witkin interrupts him. "A quote I’ve been harping on from Jony Ive’s iOS 7 design video is, ‘True simplicity is derived from so much more than just the absence of clutter and ornamentation. It’s about bringing order to complexity.’"

Witkin’s choice of quotes is trite, but true. As competitors like Evernote have grown larger and become packed with features for recording voice notes, web clips, and locations, it’s gotten harder to hop in and write down a list of things you need to do, or jot down what groceries you need to pick up. "Evernote is a great app," Johnston says, "but as Automattic founder Matt Mullenweg always says, ‘You don’t open a letter with a chainsaw.’" For the act of creating text notes — just typing and having them appear instantly across all your devices — Simplenote is tough to beat precisely for how little else it does.

"Evernote is a great app, but as Automattic founder Matt Mullenweg always says, ‘You don't open a letter with a chainsaw.'"

It’s all made possible because of Simperium, which Automattic’s Mullenweg says will soon makes it way into everything the company does. "Simplenote and WordPress share one key characteristic: they’re about writing," says Mullenweg. "They both aspire to become invisible and be a canvas for your creativity. WordPress has succeeded above its competitors year after year because we’re ruthlessly focused on the experience of the author, and I saw the same spirit in Simplenote."

Mullenweg won’t say if and how he hopes to turn Simplenote into a profitable business. For now, he says he’s just a user, excited that the app’s being worked on again. Simplenote has no desire to be Google Docs, and has no qualms about having a more limited scope than Evernote. Which road it will go down, if any, is hard to foresee. But for now, Simplenote version 2 is a solid 1.0 experience. For the legions of users praying that Simplenote wouldn’t simply fade into the mist, that’s all they’ve been asking for. 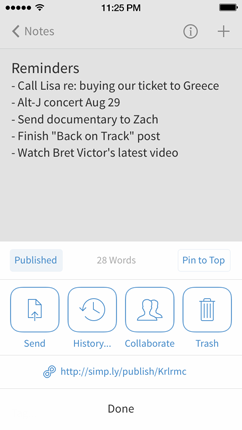