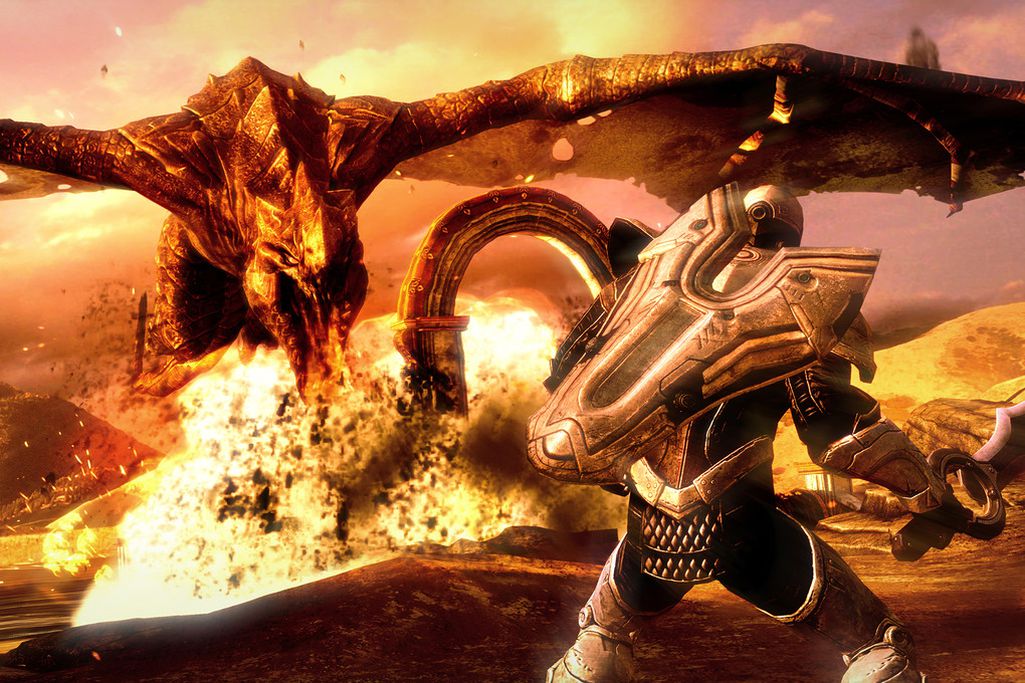 Since the day Infinity Blade first appeared on the iTunes App Store in December 2010, the gorgeous sword-swinging dungeon crawler has been the poster child for mobile gaming. It's the game Apple trots out at keynotes to demonstrate just how powerful its latest iPhone graphics processors can be, and the game you'd whip out to show your friends. But while Infinity Blade made a mean first impression and its sequel Infinity Blade II expanded the world and refined the combat system, the on-rails experience was never really very deep. There's little story to speak of, just a lot of hacking and slashing in search of better hack-and-slash gear. And — spoiler alert — Infinity Blade III is more of the same.

Why should those who've played either of the first two games bother with number three? Donald Mustard, co-founder of Infinity Blade developer Chair, gives what seems to be a throwaway reply at first: "We really see Infinity Blade III as the ultimate culmination of that vision of what a mobile experience can be." Yet, the vision he's referring to isn't players repeating the same motions for hours on end. It's about building a game that can be played one bite-size piece at a time. "It's just about trying to always balance the game in a way that gives players really rewarding game play every two minutes," says Mustard.

For the original Infinity Blade, working with the constraints of touchscreen hardware and a short development schedule, Mustard explains that his studio didn't have time to do much more than figure out a core combat system that was fun to play simply by swiping across a screen, redefining the "preconceived conventions of game controller development" as they went along. "In a way, we created this new genre," says Mustard. 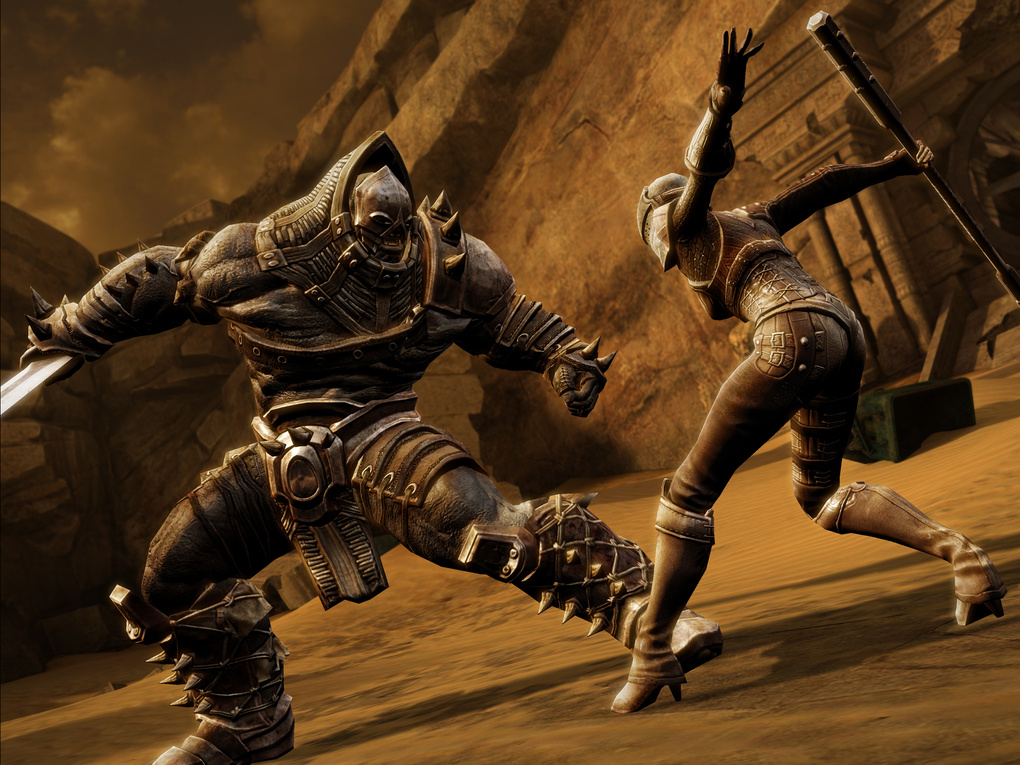 If you're not familiar with Infinity Blade, the core gameplay works like this: you block, parry, and dodge a variety of telegraphed attacks until an enemy's guard breaks, hammer on them until they're dead, then tap-tap-tap your way to the next scenic vista in search of the next enemy. Rinse and repeat. None of that changes in the game's latest incarnation, to the point that you'll literally be facing many of the exact same enemies — and yet developer Chair has managed to make the game even more addictive by increasing the depth and breadth of just about everything surrounding that core gameplay. 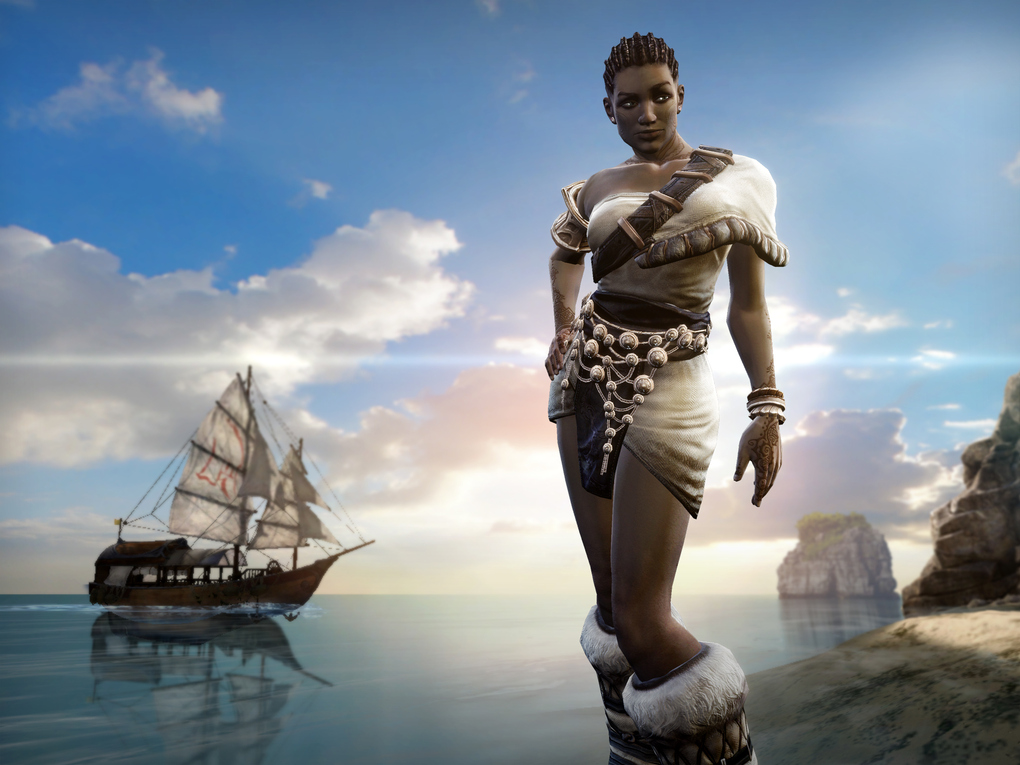 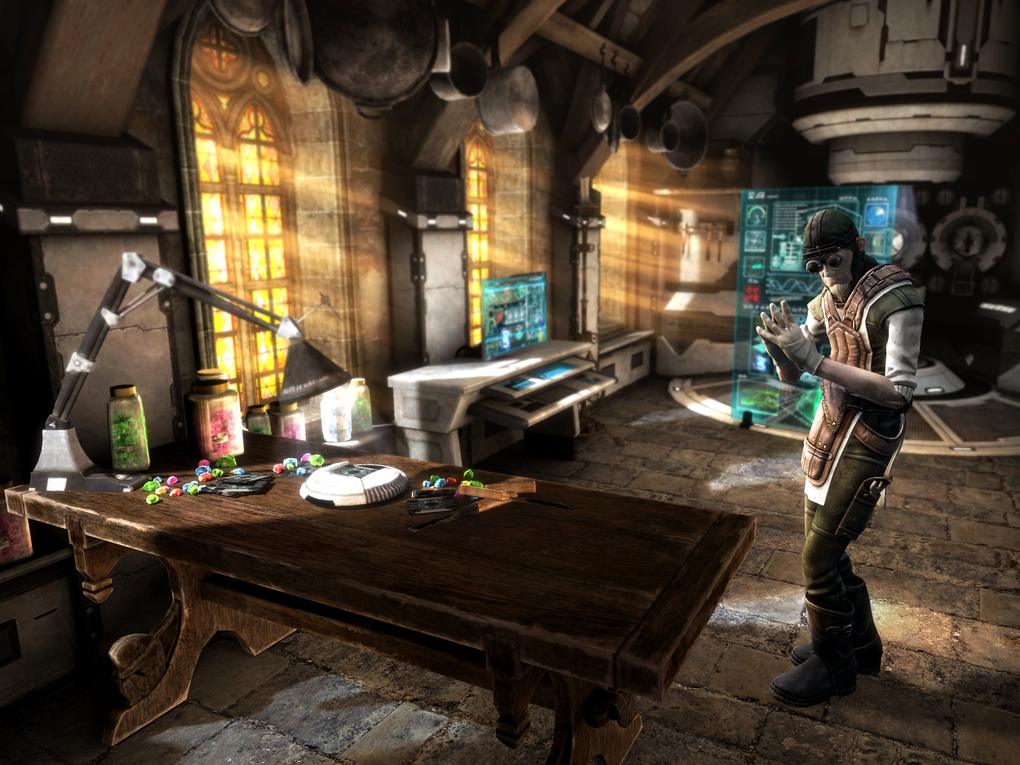 Where the first two games each took place in a single castle, exploring the ruin's heights and depths, Infinity Blade III has more diverse scenery, with eight distinct worlds accessible via a world map, including at least one from the previous game. More worlds are likely to appear as downloadable content; "We can now add a whole new world to that environment and it will just work... that's why we spent so much time making this new system," Mustard explains. There are more options for improving your character when you level up, but more importantly there are now two playable characters. The new female assassin, Isa, comes with her own complement of items, perks, and fighting styles. Chair also adds in more ways to build out your kit with a blacksmith, gemcutter, potionmaster, gemcutter, and even a pirate for trading. It all adds up to a deeper and more complex dynamic that enables you to endlessly tweak your setup, though it can get confusing. And then there's the dragon, which pops up at the most inopportune moments leaving fiery destruction in its wake.

What these all add up to is Infinity Blade III's real accomplishment: it keeps you playing. Death has always come early and often in Infinity Blade. While that can be frustrating in an extremely linear game with nothing to do but try again, the two different characters often give you the choice of attempting a different mission instead of the one that left you disheartened. Where the previous games often felt single-minded, scrounging up enough virtual cash to buy different weapons, the ability to reforge the same weapons gives you another, often cheaper, option for continuing with the gear you've become accustomed to. Leaving potions brewing and weapons forging, which can take plenty of real-world time, makes things very sticky, giving you a nice bonus to look forward to the next time you come back to the game. You're also constantly unlocking achievements with practically everything you do, each of which gives you points you can spend on potions and more items to help you progress quicker. The perks in particular can really change the progression of the game: after dying dozens of times to one boss, my assassin gained a perk that let her open chests without a key. Lo and behold, I pulled out a giant spiked staff that made short work of the enemy. 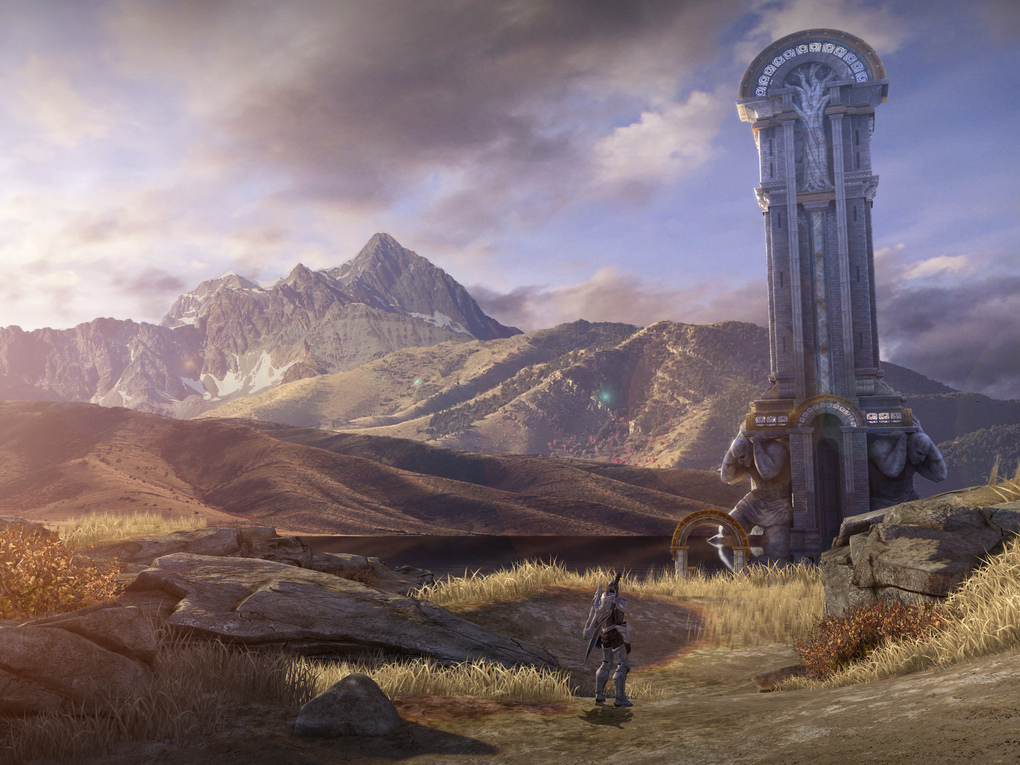 Strangely, Infinity Blade III isn't much of a graphical leap — at least on a third-generation iPad with Retina display. The game's assets and textures do now appear to be fully updated for high-resolution screens, something that was only partially done as an update for the previous game, but otherwise it looks much the same. There are definitely some more impressive visual effects here and there, and enemies in particular look more detailed. Still, it's not like the competition has caught up: Infinity Blade III is one of the best-looking games on mobile, and we haven't yet seen what it looks like on an iPhone 5s outside of the on-stage demo at Apple's keynote.

There's a huge audience who hasn't played Infinity Blade at all, of course, and we spent some time asking the Chair co-founder if, now that the trilogy is complete, Android gamers will finally get to join in. The answer was frustratingly non-committal, but promising.

"The challenge has been historically that [Android] has been a pretty fragmented operating system where it would be very challenging to take a game of the complexity of Infinity Blade and have it work on all the devices... in the last year, most of that has gone away," Mustard says. "I think it's pretty much there, now, it's just time... we've got lots of things that we're working on, and we're just looking for the right opportunity."

Infinity Blade is still a great showcase for iOS, and its message to mobile game developers is hard to ignore: visceral, bite-size experiences are a powerful force on mobile. But Android aside, it's also basically the same game we've been playing since the first title arrived in 2010, and while it's definitely the best incarnation so far, the formula feels like it's starting to wear out its welcome. For $6.99, I'll probably pay once more. But unless Chair offers a truly new experience of some sort the next time around, I'm not sure I'd buy an Infinity Blade IV.