When it comes to laptops, HP's been pursuing a pair of notable initatives over the past two years. First, the company's been challenging Apple's MacBooks with its Spectre line. Second, HP's been trying to take a bite out of the hybrid detachable laptop / tablet market by aping the Asus Transformer idea.

Today, the company might be pushing its laptops far enough to make a serious dent.

First and foremost, the Spectre 13 Ultrabook. Starting at $999.99 on October 16th, it addresses our primary complaints about the Spectre XT and Spectre XT Touchsmart: the company has finally gotten rid of the cheap plastic-covered hinges, glossy screen bezel, and two-piece chassis construction. Like Apple's MacBooks, the laptop has a machined aluminum unibody frame and an aluminum lid, and this one even has an aluminum hinge. The machine comes standard with an edge-to-edge 1080p touchscreen, and you can even order it with a 2560 x 1440 quad-HD display instead. HP's promising nine hours of battery life from its new Intel Haswell processor. 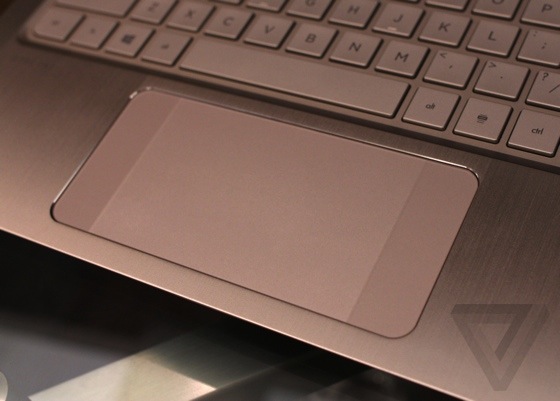 Perhaps the most interesting feature, though, is the extra-wide Synaptics touchpad exclusive to this machine: it has distinct zones to help you swipe through Windows 8 edge gestures, so they don't get confused with regular inputs. Unfortunately, we didn't get the chance to try it out at our briefing.

Your pick: muscle or battery

Now, let's talk detachables. Like the Envy x2, SlateBook x2 and Split x2 before it, the new Pavilion 11 x2 and Pavilion 13 x2 are tablets paired with a detachable keyboard with an extra battery in the base. Snap them together and you have more battery life, or slide the magnetic latch open and you can walk away with a portable 1366 x 768 touchscreen.

For $599.99, you'll be able to get either of them on November 17th, but they're not quite the same: the 11.6-inch model comes with an Intel Bay Trail tablet processor, while the 13.3-inch variant starts with a more powerful, less energy-efficent AMD A6 chip and can graduate to a 4th gen Intel Core CPU. Both start with 64GB of solid state storage, but the Pavilion 13 x2 pulls a neat trick: you can optionally add a 500GB hard drive in the base that the tablet can access when docked.

The somewhat plasticy prototypes we tried definitely weren't ready for primetime, with weak hinges that don't hold up their tablets well, but hopefully that'll get sorted out before launch. More importantly, it's hard to imagine picking the $599 Pavilion 11 x2 over the $349 Asus Transformer Book T100 when both claim to offer the same Windows 8.1 experience. Perhaps the Pavilion x2's extra battery and build quality will make a difference. 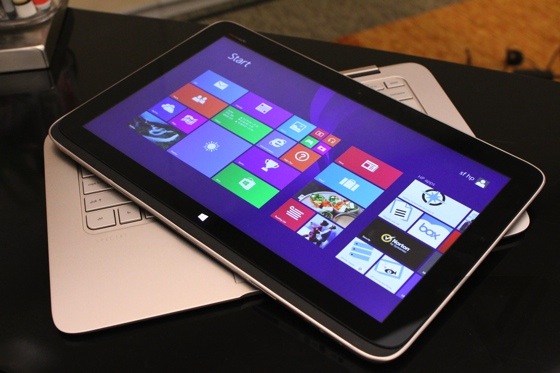 If you've got a little extra money to spend, though, you might want to look at the Spectre 13 x2 instead. It's the same basic idea as the Pavilion x2, but all decked out in aluminum. For $1099.99 this October 16th, HP claims it's the first fanless tablet with an Intel Core processor inside. It boasts a 13.3-inch 1080p screen, 128GB of solid state storage, and your choice of Core i3 or Core i5, though the chip probably won't be able to perform intensive tasks for quite as long as typical Core devices.

While HP's new tablet lineup isn't particularly impressive, the company's laptops definitely feel like they're improving. We're looking forward to testing the truth of that soon.