Google Translate for iOS is getting a significant update today, adding a new look and handwriting support to Apple’s mobile platform. Google already added the feature to its Android app almost two years ago, and to its web app earlier this year, but this is the first time the iOS version will be able to analyze what you’ve drawn on your iPhone screen.

The UI and icon have been redesigned and now fit in with the iOS 7 landscape, although you could just as easily say they’ve been brought up to par with Google’s other apps like Gmail, Google Maps, and Google Search. And on the inside, the app now supports more than 70 languages, including seven new ones: Bosnian, Cebuano, Hmong, Javanese, Khmer, Lao, and Marathi. 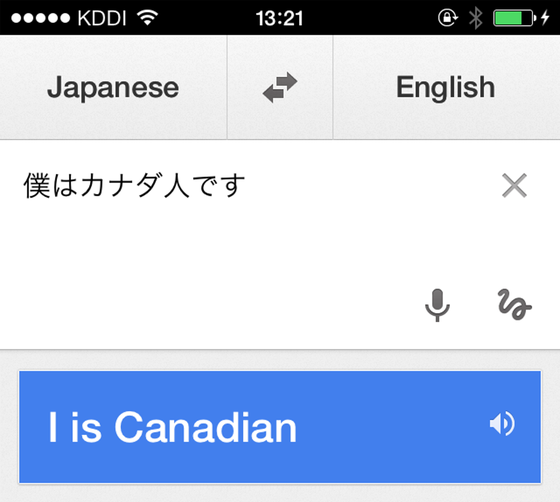 But the standout feature is handwriting support, which (potentially) allows travelers to scrawl down kanji they say inside a train station and getting usable results in English, for instance. Of course, some languages get better results than others (see above), but the real challenge for users in practice is going to be input speed. The app expects you to write like you know what you're doing, so you’ll need to keep your finger on the glass if you want more time to figure out how to reproduce an unfamiliar character.

Google says handwriting is now supported in 49 languages, which should be a boon for the world’s travelers, and at the low price of free is worth throwing on your phone on the off chance you'll need it. It’s available to download now on iPhones and iPads running iOS 5.1 or later, or if you're running iOS 7, you can just lie back and let the background update do its thing.