Microsoft’s decision to bundle its new Kinect sensor with every Xbox One may be a major factor in the console's $499 sticker price, but it does give developers the freedom to experiment safe in the knowledge that the peripheral’s adoption won’t be a problem. And experimentation is exactly what you get with D4, an Xbox One exclusive that’s been demonstrated in action for the first time at Tokyo Game Show 2013.

D4, which stands for "Dark Dreams Don’t Die," is a murder mystery that shares a little DNA with the previous game from director Hidetaka "Swery" Suehiro. Deadly Premonition was a cult hit on Xbox 360 and PlayStation 3 despite — or perhaps because of — its shaky graphics, amateurish voice acting, and Twin Peaks-esque atmosphere. D4, Swery’s current project, is another TV show-inspired adventure with questionable production values, but the similarities largely end there. 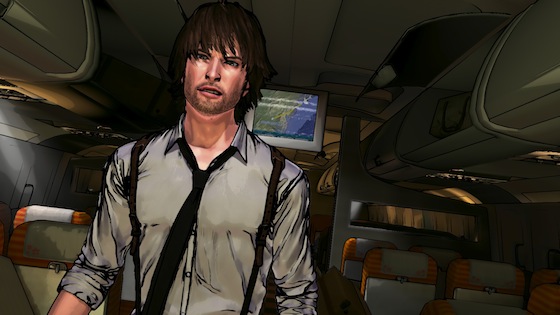 From the demonstration given to me by Swery at TGS, D4 is best understood as an adventure game that exploits the increased fidelity of the new Kinect sensor for a unique control scheme. Players move their arm to point at objects on screen in a way that Xbox 360 Kinect users will be familiar with, but since the new Kinect can detect finer hand movements, it's possible to "grab" things of interest by closing a fist. Cursor movement in general seems much more responsive than anything I've seen on the original Kinect.

The closest comparison is 'Heavy Rain'

Action scenes are handled as quick-time events signaled by arrows on the screen, but they often have a more tangible connection to the character's movements than typically seen in other games. The closest comparison is Heavy Rain, which used a traditional controller to similar effect, but D4's physical element could make it much more involving despite both games' limited interaction. It's the difference between opening doors with your hand and making a similar movement on an analog stick.

Where D4 further differs from Heavy Rain is in its presentation and tone, which appears to be as far removed from a melancholy French drama as possible. You wouldn't necessarily pick D4 out as a next-generation console title from looking at it, and Swery's team evidently hasn't seen the need to invest in better voice actors, but the game's style is undeniably striking — the bold colors, flat shading, and thick outlines call to mind Richard Linklater’s rotoscoped thriller A Scanner Darkly. And, while the plot starts out reasonably rooted to the ground — your character is attempting to solve his wife’s murder with the letter "D" as his only clue — it quickly descends into comic book farce every bit as surreal as Deadly Premonition. One memorable scene in the demonstration saw the player fend off baseball attacks from a drug dealer using a fashion designer’s mannequin as a bat. Of course, this was all triggered by physically adopting the pose of a batter on the plate, which the Kinect recognized instantly. 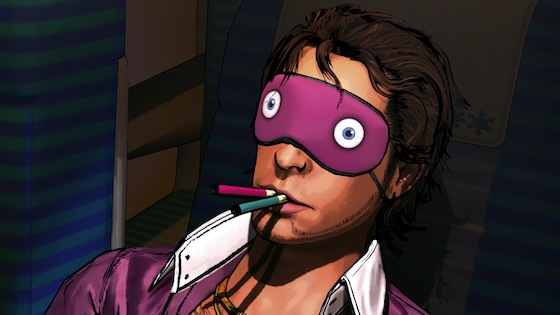 Entertaining as these Kinect-powered action scenes appear, they won’t be for everyone. But those who found the previous generation of Microsoft’s sensor technology disappointing may take to the Xbox One’s implementation a little easier. Even D4's high-octane action scenes are possible to control sitting down, thanks to the new Kinect's improved skeletal recognition, and Swery says the game will also be playable with a regular controller. You probably won't want to do that, though — as someone who owns a Kinect and has found little use for it, I thought D4 looked like a blast. It might not be the deepest next-gen experience out there, but that likely won't matter to many if the controls work and the plot is as endearingly bizarre as Deadly Premonition.

D4 will be released in episodic form, with each chunk containing about two hours of story content; Swery says his team at Access Games doesn't yet know how many will be produced, or when the first will come out. Still, D4 is a welcome breath of fresh air in the Xbox One's lineup, and — maybe more importantly — could be the first reason for hardcore gamers to take an interest in the new Kinect, which has seen precious little in the way of announced software support. Will they decide it justifies the $100 premium that Microsoft's console carries over the PlayStation 4? That's harder to predict.