Are iOS 7 apps burning a hole in your pocket?

Share All sharing options for: Are iOS 7 apps burning a hole in your pocket?

When developer Realmac announced that it would release a new, separate version of its popular Clear to-do app for iOS 7, the crowd went wild. With anger, that is.

"What’s this? Greed?" one user said on Twitter. "I have to get a whole new app just for upgrading?" tweeted another Clear user. "That seems ridiculously unfair. Why can’t you just update the original app?"

Their frustration boils down to a couple of pertinent questions: "Why do I have to pay again for an app I already bought?" and "Are these developers ripping me off?" Behind these questions are valid frustrations, but what most people don’t know is that Apple doesn’t give developers much choice in how to charge for new content. And if you can’t effectively charge for new content, you go broke. 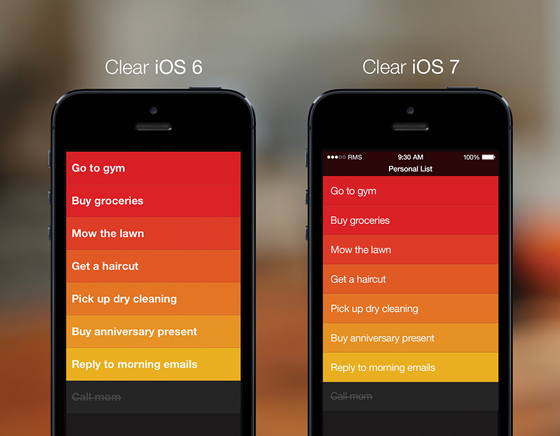 Apple has traditionally encouraged developers to either offer free updates or in-app purchases, but with the exception of a few companies like FiftyThree, Evernote, and freemium gaming developers, in-app purchases cannot support a business forever. If a developer wants to keep making apps, they must launch new versions of old apps for full price every so often. At the crux of the story is the fact that Apple has rolled out various useful tools for developers to leverage, like in-app purchases and volume discounts for companies, but has never provided a way for developers to issue free or paid upgrades to current users, or to users who bought an app within the last month and feel cheated.

OmniGroup CEO Ken Case, who makes popular "getting things done" app OmniFocus, has been lobbying Apple for paid upgrades since the App Store launched in 2008. OmniFocus, in fact, was a launch title, and Case felt bad asking his dedicated user base to pay full price for the app if they already used his desktop software. OmniFocus, like Clear, released a new app for iOS 7, which means current OmniFocus users will have to pay for the new app. Case has no regrets about charging again after faithfully updating and supporting the last version of OmniFocus for iPhone for the past five years — for free.

"We can’t keep making this stuff for free."

"Now seemed like the right time to ask for another $20," says Case. "If I’m buying a movie, I don’t expect to get the sequel for free." Obviously, providing free updates and support for an app forever isn’t sustainable, yet some customers still expect it. An even greater contingent of users hope for discounted pricing, but such a mechanism doesn’t exist.

OmniGroup has traditionally offered refunds to customers who purchased their apps less than 30 days before a new version launches, but the App Store makes it impossible to identify those customers if they don’t contact the company directly. OmniGroup and Realmac only receive a ledger of how many apps were sold in the App Store, and not who bought the apps. "If people had a perfect understanding of what we’re doing and why, they’re not going to be upset," says Case, "but there will always be people that we don’t reach. We can’t keep making this stuff for free." 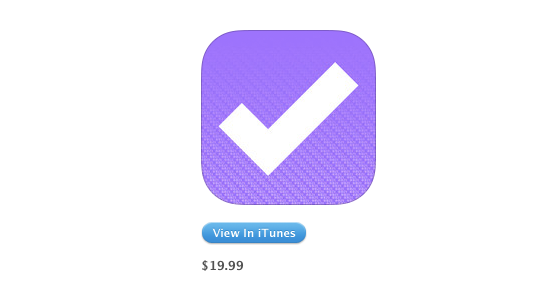 Setting aside App Store upgrade drama, users asked to pay full price again for an app often ask if the app includes enough features to be worth it. For developers, there’s a hidden cost to launching "sequel" apps like Clear that most users don’t know about. During the months spent building version 2.0 of an app, most developers also spend time supporting and updating version 1.0 for free. Clear, for example, hit the market 18 months ago, and Realmac has provided support and updates for the $0.99 app ever since. Fantastical for iPhone, another example, launched less than a year ago, but will be launching a new, paid app in the near future.

At first glance it might seem like rebuilding Clear just means thinning out the app’s fonts to fit in with iOS 7 and updating the app for iPad, but that’s far from the truth. It means utilizing the new "UI Dynamics" APIs Apple provides, which give every tap and swipe a distinct bounce to it, and implementing "Motion," Apple’s tool for adding parallax to your apps like on the iOS 7 home screen. There’s also the cost of developing and iterating on Clear’s core idea. "Judging a product by its end result is what users do," says Realmac’s Nik Fletcher. "You might say ‘I could build Clear in a weekend,’ but you can only copy the end result." The first iterations of Clear had buttons and recurring tasks, and if the app had launched with these features, it likely wouldn’t have been as successful or influential.

"You might say ‘I could build Clear in a weekend,’ but you can only copy the end result."

Even so, and despite Clear’s very low price tag, your frustration is warranted if you bought Clear within the last couple months and now have to buy a new version, or if you bought Reeder, an RSS app, expecting months or years of updates and now have to buy a new version. Reeder developer Silvio Rizzi left his iPad users out in the cold by abandoning the app when its syncing engine, Google Reader, was killed off by Google. Several months later, Rizzi debuted Reeder 2, which works on both iPhone and iPad, but many of his Reeder for iPad users were appalled. The previous version of Reeder for iPhone still works, while Reeder for iPad users were forced to upgrade or find another RSS app. Some of them likely would have been more forgiving had Rizzi been more communicative during the process, but the developer is notoriously quiet online in comparison to others in the iOS community.

"It’s not easy at all to calm down upset users."

"It’s not easy at all to calm down upset users — I think one of the problems is that some people don’t understand that this is not just a hobby for me," says Rizzi. "Although we’re probably not quite there yet, I think there are more and more people realizing that free does not work." Providing updates free of charge becomes even more difficult when you make two separate apps, as Tapbots developer Paul Haddad does. "Some folks will always complain, regardless," he says, "but for others it’ll depend on how much has changed [in the new app] and how long the app has been out." Haddad has not yet announced his plans for iOS 7.

Hard work isn’t free, and the fact that Apple doesn’t allow upgrade pricing — something many developers would offer — and has trained people to expect free updates makes it tough to satisfy users and your own needs. The reviews section for Clear in the App Store is littered with preemptively scathing reviews from current users complaining of Realmac’s "greed." More than ever, it’s up to users to decide if buying into a developer’s vision is a long-term commitment, or a short-term fix, and up to developers to communicate their rationale for whichever path they choose.