Two new iPhones arrived in stores this morning, accompanied by the usual fanfare in the press and lines at retail stores around the world. As it has done for decades now, Apple has granted high-profile interviews to a few favored outlets, maximizing the exposure for its new devices while generating ongoing buzz about its future plans. The Macintosh, iMac, iPhone, and iPod all made the cover of Time, most of them photographed alongside Steve Jobs. This week, though, a trio of less familiar faces stepped into the spotlight — and this time around, they left the phones behind them.

In interviews with Bloomberg Businessweek and USA Today, Tim Cook, Jony Ive, and Craig Federighi joined together to offer reassurance that Apple's innovative prowess remains as strong as ever. Nearly a year after the divisive Scott Forstall left the company, the reformed executive team is emphasizing collaboration and camaraderie. But in a somewhat unusual turn for an Apple product launch, the 5C and 5S played only supporting roles in the company's final public-relations blitz. Apple's most important products for the next year took a backseat to the people who built them.

The reformed executive team is emphasizing collaboration and camaraderie

For Cook, the pre-launch publicity marks the continuation of a media tour begun last December, a little over a year after taking the reins from Apple's late co-founder. At that time, he sat for an 11-page Businessweek profile and appeared on NBC's Rock Center with Brian Williams, where he announced that some Mac manufacturing would return to the United States. But those interviews focused on corporate concerns like working conditions in its factories, the rocky debut of Apple Maps, and the subsequent shakeup of his senior executive team. More recently, Apple has sought to turn the attention back on its fabled design process, and to help answer a question that has dogged the company since Jobs passed away: who will inherit the mantle of Apple visionary-in-chief? 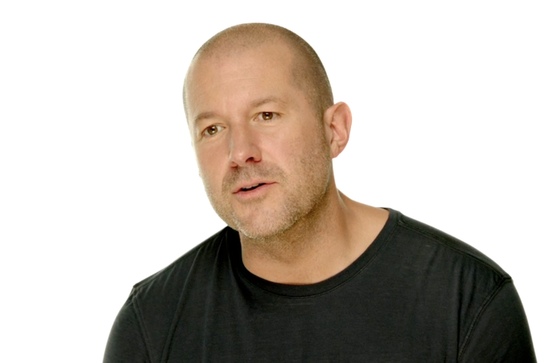 This week's interviews suggest that the job is now being shared by three men: Cook, Jobs' hand-chosen successor and a wizard at managing device-manufacturing; Ive, Jobs' longtime confidant and icon in the design world; and Federighi, who leads software engineering at Apple and is known for his showmanship at keynotes. (Lurking just out of the frame in these interviews, but crucial to the success of the company's product launches, is Phil Schiller, Apple's formidable head of marketing.)

"I would love, love, love to show you what we are working on now."

Jobs famously told Cook never to ask himself what Jobs would have done in his place, and instead to "just do what's right." Speaking to reporters, though, Apple's new triumvirate emphasizes a strong continuity with Jobs' vision. They speak of their relentless focus on the customer's needs, of their uncompromising design sense, and of an impassioned quest to innovate — all hallmarks of Jobs' reign at Apple. And the triumvirate teases, with Jobsian mystique, at the wonders to come: "I would love, love, love to show you what we are working on now, but I'd lose my job," Ive ("with an impish grin") tells USA Today.

While skeptics look at the new iPhones and sing their annual chorus of "meh," Cook and his deputies have come together to offer a full-throated defense of their products' steady evolution. "You've got a sense about perhaps not what we are building, but the way we approach problems as a group," Ive says in USA Today. "About how we go back again and again until something is just right." Federighi puts it more succinctly, offering up an unofficial tagline for the modest improvements of the iPhone 5S: "New is easy," Federighi tells Businessweek. "Right is hard."

Whether you're persuaded depends on how you view Apple products generally. To fans, there's likely some comfort in the relative stability of the company's leadership and its design philosophy. It doesn’t hurt that Tim Cook once again went out in public today to greet people lining up to buy the new iPhone. To critics, it's more fodder for the narrative that Apple is destined to perish without Jobs at the helm. To both groups, it's something to talk about while they wait in line for the new phone. 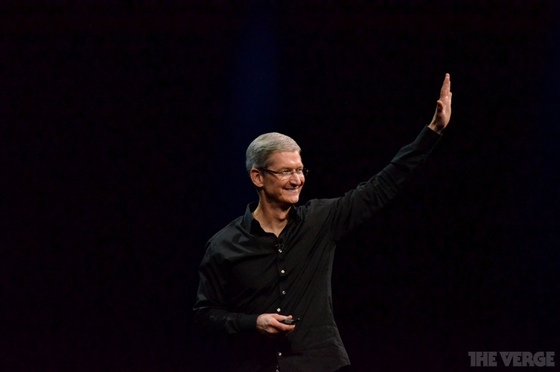 Ultimately, it's the success of the company's products, and not its PR strategy, that will dictate its perception in the marketplace. The interviews shed no light on what progress Apple is making on key areas including wearable computers, television, and cloud services like maps and email. Services are an area of outsized importance in the post-PC era, and one in which the company has struggled to keep pace with rivals like Google and Facebook.

The old spirit of doing the impossible remains alive and well

At a moment when this year's phones look like a lot last year's phones, and next year's innovations are still hidden away in Ive’s workshop, Apple is offering reassurance that the old spirit of doing the impossible remains alive and well. "There's this implicit statement when people ask, is the flame going out at Apple," says Charles Golvin, an analyst at Forrester Research. "Where's the next thing that's going to change my life? It's been two years! Where's my flying car?"

Apple's answer: it's all coming, eventually. The new faces of Apple, and thousands of employees who will never step onto a keynote stage, continue to build out Jobs' vision. "I've been here for years, and the way we're working is the same," Ive tells USA Today. "Nothing's changed in terms of that." Sooner or later, though, Ive will have to show us what else the company has been working on — and perhaps when he does, his products will once again find their way onto those magazine covers.