Projection mapping, where ordinary objects become surfaces for moving images, is an increasingly common video technique in applications like music videos, phone commercials, and architectural light shows — and now a new film shows what can happen when you add robots to the mix. In Box, a performance artist works with transforming panels hoisted by industrial machinery in a dazzling demonstration of projection mapping's mind-bending possibilities. Every effect is captured in-camera, and each section eventually reveals how the robot arms were used. 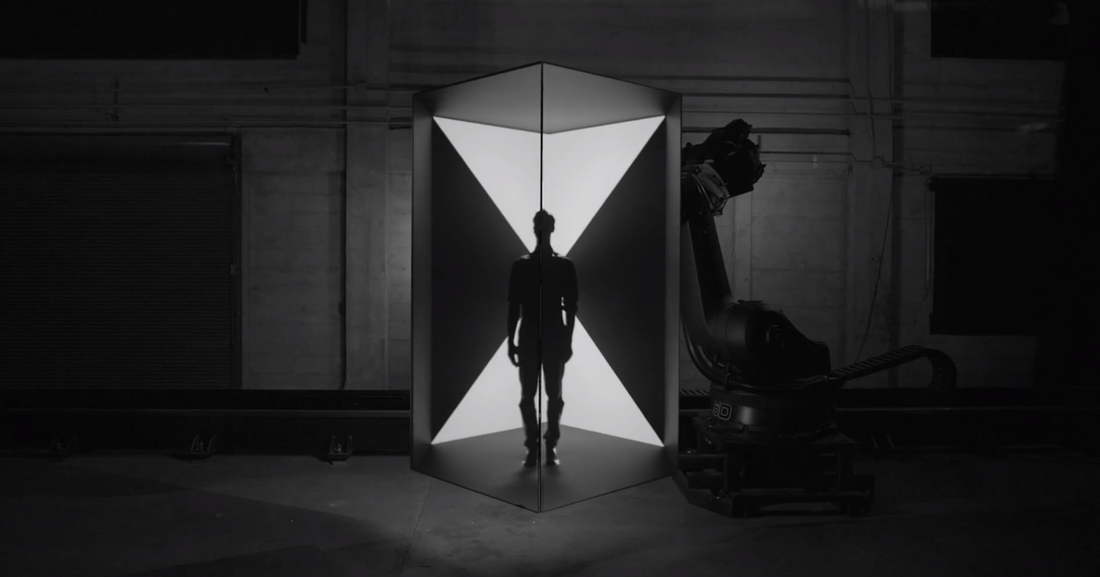 It's the work of San Francisco studio Bot & Dolly, which believes its new technology can "tear down the fourth wall" in the theater. "Through large-scale robotics, projection mapping and software engineering, audiences will witness the trompe l'oeil effect pushed to new boundaries," says creative director Tarik Abdel-Gawad. "We believe this methodology has tremendous potential to radically transform visual art forms and define new genres of expression." Box is an effective demonstration of the studio's projection mapping system, but it works in its own right as an enthralling piece of art.