Pinterest has been enhancing its pins with more and more contextual information since earlier this year, and today the company is adding even more detail into the mix. Pins that link back to full stories will now include context about the linked article, including its headline, author, and description — rather than just an image and little more as they did before. Not all articles will work at launch, but so long as the source article has the right data attached to it, Pinterest says that it'll be able to pull it in.

Though pinned articles already include a link out to their source, Pinterest's users have tended to stay within the site, rather than clicking through to stories that pique their interest. This new update could begin to change that. With more information, articles may begin to look more interesting, making Pinterest as much about content discovery as it is about image curation. 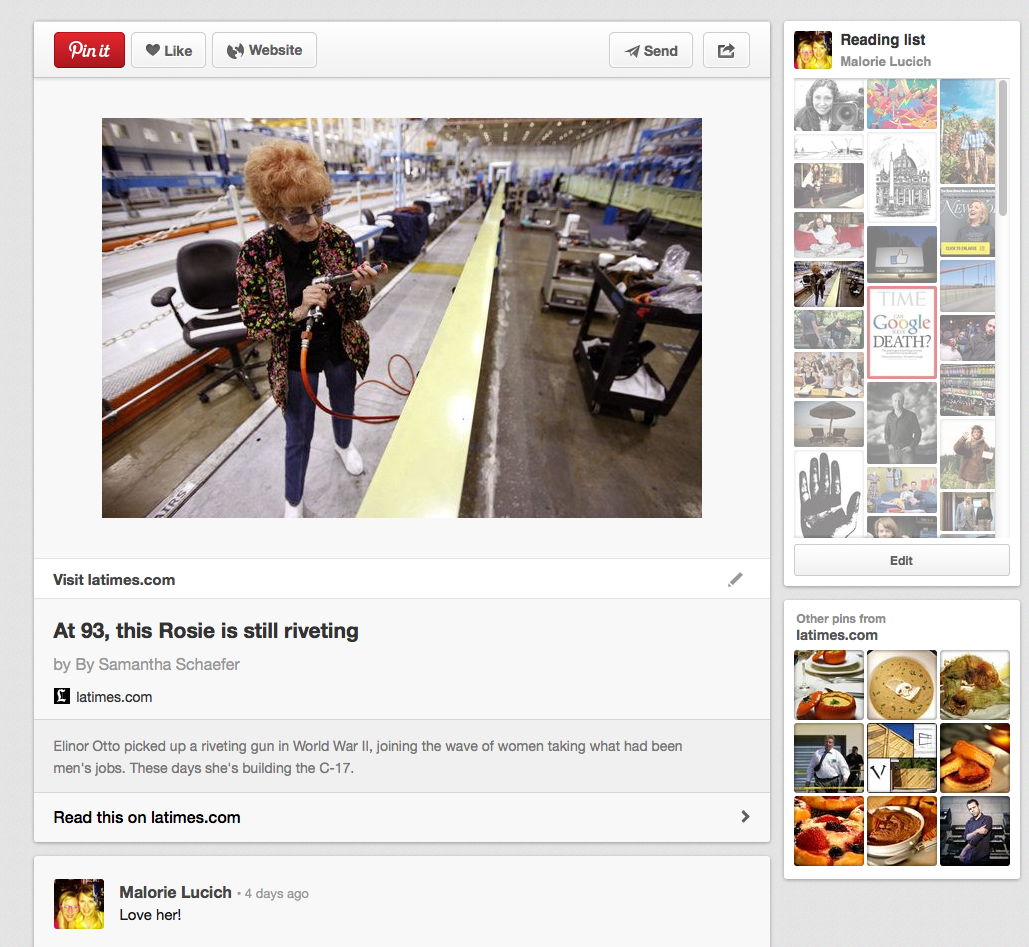 The article enhancements follow updates to product, recipe, and movie pins, which now include rich information like where they can be purchased, or in the case of recipes, details like how long it takes to make them. The changes are similar to what Twitter has been doing with Twitter Cards, with which it's been turning what were once simple, 140-character posts into content enhanced by inline images, articles, and sometimes interactive content. And like on Twitter, richer content could be a feature cherished by advertisers as well — something that Pinterest may be paying attention to.