@Horse_ebooks is a human performance

@Horse_ebooks is a human performance

@Horse_ebooks, the Twitter account that was until now largely thought to be a spambot, is in fact controlled by real people. And in an even more surprising twist, its random bits of text and phrases are meant to be part of a "conceptual art installation." The New Yorker today has the full story on one of the web's most bizarre mysteries. @Horse_ebooks, along with the popular YouTube channel Pronunciation Book, are the work of Jacob Bakkila and Thomas Bender. The creators, who have for years maintained the projects in total secrecy, are appearing today at Manhattan's Fitzroy Gallery to launch the "next installment" of their collaboration. Bear Stearns Bravo is described by The New Yorker as a "choose-your-own-adventure interactive-video piece."

But they're also celebrating the weirdness of @Horse_ebooks. Bakkila and Bender have posted a public phone number that allows anyone to call in and have spam-like messages read aloud to them — by the creators themselves. This "performance art piece" is being referred to as Horse_ebooks 2. Susan Orlean, who wrote today's New Yorker reveal, is also taking part in the one-day only event, which runs until 8PM EDT tonight. 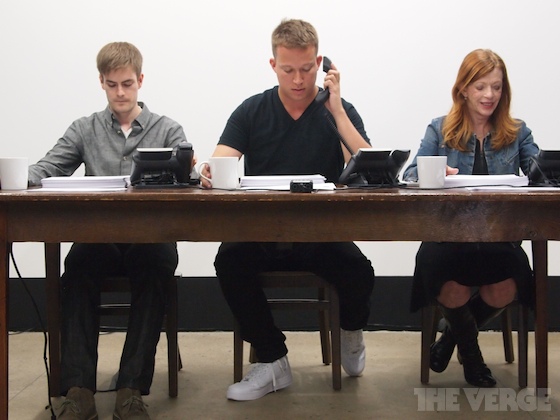 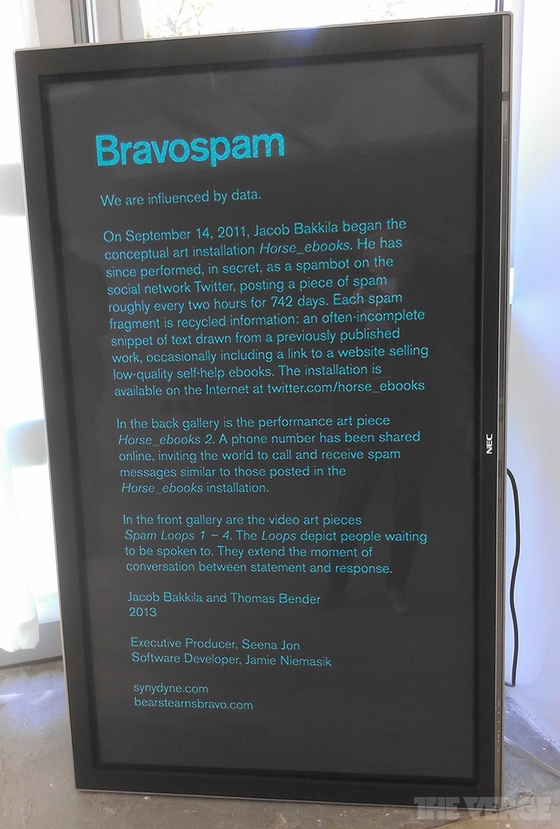 Sadly, now that the big secret is out, both @Horse_ebooks and Pronunciation Book will be retired permanently. The beloved Twitter fixture, now with over 212,000 followers, will no longer spit out missives of ebook text and other seemingly random gibberish. "No one wants to work on a painting forever," Bakkila said in an interview with The New Yorker. "When it's done, it's done." Today's news also confirms Gawker's exhaustive research into the true identity of @Horse_ebooks. Adrian Chen last year speculated that the account was created by a web developer in Russia. Chen says he believes the @Horse_ebooks account was handed off in 2011 — a theory which Bakkila has confirmed with The New York Times.

I was not in on this! From what I understand viral marketing people took over @Horse_ebooks in 2011 from Alexey.

But as Nieman Lab's Joshua Benton points out, someone managed to connect Pronunciation Book with its real founders back in August.