Scientists use crowdsourcing to classify over 300,000 galaxies

Scientists use crowdsourcing to classify over 300,000 galaxies

Modern telescopes have presented astronomers with a problem: there are too many images of galaxies for scientists to classify every single one. But crowdsourcing has an answer. Since 2007, some astronomers have enlisted "citizen scientists" to do the heavy lifting through a project known as Galaxy Zoo.

The original project was so successful, in fact, that a follow-up — called Galaxy Zoo 2 — started up in 2009 and ran for 14 months. The team behind it all (which comes from multiple universities around the world) has now publicly released the data from Zoo 2. In all, over 300,000 galaxies were organized by nearly 84,000 volunteers completed a total of over 16 million classifications. 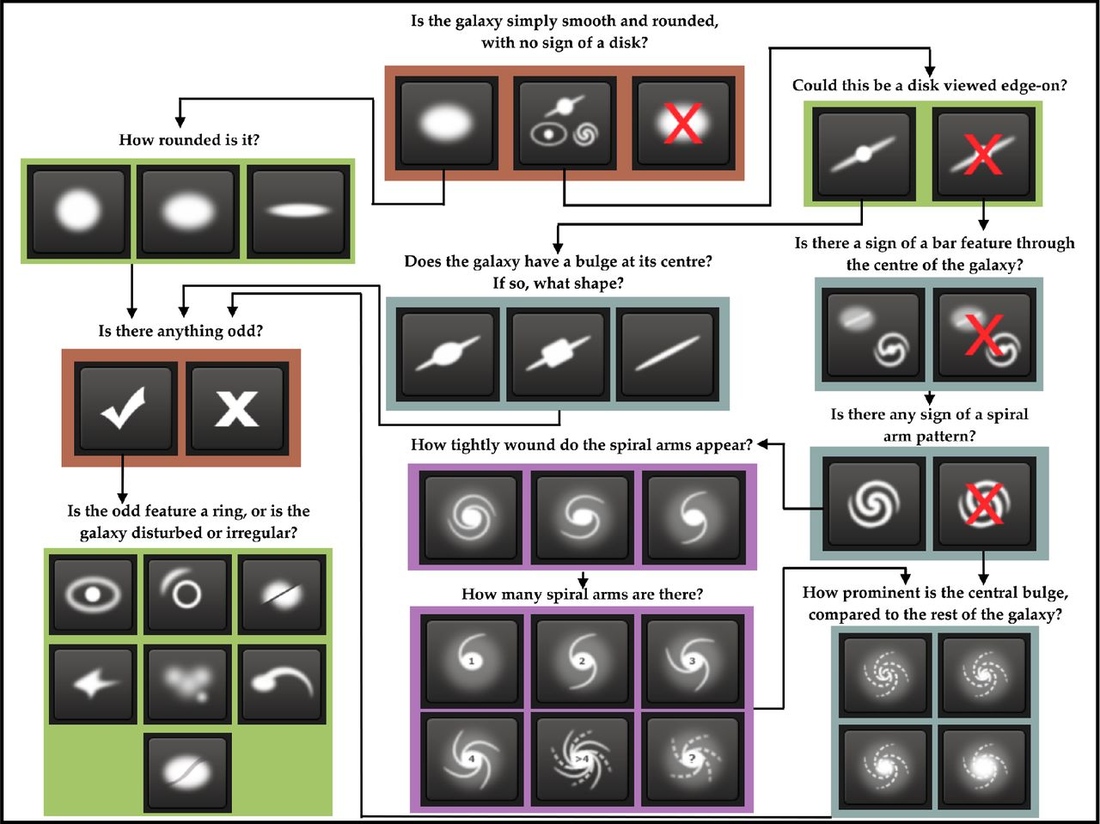 How did it work? It's pretty simple, really. Volunteers with no prior knowledge visited a website and were presented with an image of a galaxy. They then answered a series of questions about the visual form of the galaxy, like whether it had arms or a bulge. Images were analyzed by many volunteers — on average each was classified 44 times — allowing the team to ensure they were receiving acceptably accurate results.

Compiling data on galaxies using the same method employed by Yelp and Foursquare to figure out if restaurants take credit cards may seem amateur, but the researchers say that computers are not yet able to match the human eye in identifying the physical form of galaxies, and the data they've received has proven accurate. If you want to get involved, the team is now working through imagery provided by Hubble of some of the most distant galaxies yet.