The Steam Box should have Microsoft worried

On Monday, the developer responsible for possibly the most critically acclaimed video games of the modern era — Half-Life and Half-Life 2 — announced that it was building its own Linux-based operating system to deliver PC games to the living room. Sooner or later, the company will announce hardware as well, possibly creating a new class of low-cost computers with small form factors that you can play from your couch using a wireless controller. In short, Valve is building a game console.

However, the box itself might not be the most interesting part. Valve is also laying the groundwork for a gaming ecosystem to support it, freely distributing its so-called "SteamOS" to any person or any manufacturer who wants to load it onto their hardware. If that strategy sounds familiar, it might be that you've seen it before. Over the past five years, Google used the very same idea to put Android on the vast majority of the world's smartphones — flanking Microsoft’s attempts to keep marketshare in that space.

Now, SteamOS has the potential to challenge Microsoft where it hurts. Valve is not only taking on the Xbox, but also attacking on a more surprising front: the Windows PC business. If SteamOS and its promise of living room PC gaming take off, that could cut into Microsoft’s biggest purse. PC sales are already drastically down, and neither consumers nor companies have embraced Windows 8 the way that Microsoft hoped. Now, under the guise of a console, Valve could end up sneaking copies of Linux into gaming households. Once there, some of those users might discover that Linux does everything they need from a computer after all. This could be a window of opportunity for Linux like never before.

If you're Microsoft, this is kind of a nightmare scenario in a few ways: http://t.co/wbQRliqGqW

Still, ever since the first Steam Box rumors, skeptics have asked whether a Linux game console could really gain any traction at all. What's the big deal about putting a gaming PC into the living room? Couldn't we hook up computers to our televisions before? Hasn't Linux always failed to attract consumer interest? In short, why do we think SteamOS has any chance in the market?

They're good questions, but they're akin to the infamous question: "Isn't the iPad just a bigger iPod touch?" They underestimate what Valve has to offer. 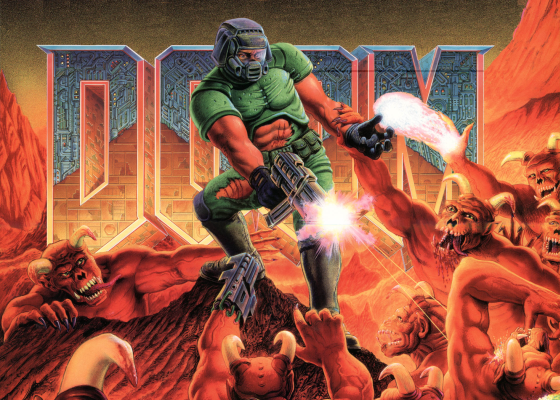 Video games have often been the killer app for computers. Games dwarf any other category of app on iOS and Android, and that’s not just a recent trend. Valve co-founder Gabe Newell — who spent over a decade at Microsoft working on Windows, by the way — recalls how the famous shooter Doom out-distributed Windows despite being created by a 12-person company.Steam accounts for 2 to 3 percent of all internet traffic Today, Valve not only has games on its side, it has the preeminent digital video game distribution platform. Steam has practically every major video game publisher on board, and its sales are reportedly well over $1 billion a year. Valve estimates that people downloading Steam games now account for 2 to 3 percent of all IP-based internet traffic in the world. With 55 million users, over 5 million of which are active at the peak of any given day, the service has a user base which rivals Xbox Live. Steam also offers many of the services — like online matchmaking, integrated voice chat, cloud storage for saved games, achievements, and community — that Xbox Live provides. 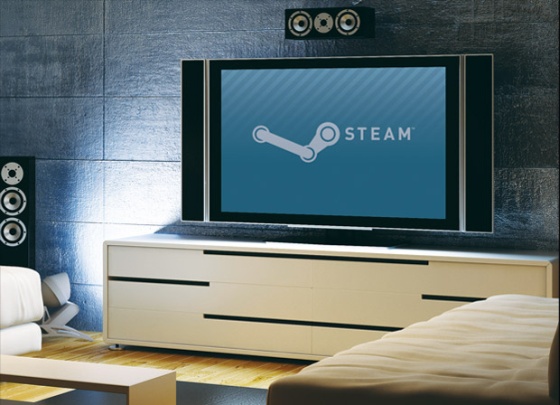 Now, after spending over a year channeling that experience to televisions with its Big Picture Mode user interface (which gives you a comfortable couch experience with controller support and text big enough to read), optimizing drivers for Linux with help from graphics vendors Nvidia and AMD, and porting over many of its own games with surprisingly positive results, the company might not have many bridges left to cross.

The elephant in the living room

Excepting the elephant in the room, that is: the lion's share of PC games are still built for Windows. Valve needs to convince game developers to create games for Linux instead of or in addition to those platforms. Otherwise, SteamOS could be little more than a receiver for streaming Windows games — a niche market indeed. Convincing game developers could be particularly tough sell these days, too. At a time when the costs of building a visually stunning game have never been higher, platforms that don't have lots of users get left behind — the Nintendo Wii U is evidence of that.

Valve is already making a lot of noise with that goal in mind. The company’s not only telling game developers to come to Linux, but also to actively reject Microsoft. Taking advantage of the fact that Windows 8 includes a built-in app store — which Valve rightly sees as a threat — Gabe Newell has denounced Microsoft's latest operating system as a closed platform, unusable, and as a catastrophe on three separate occasions. When we spoke to him in January, he called Windows 8 "a giant sadness."

Newell went so far as to predict that some of the top PC manufacturers could go under as a result of the downturn in sales. "I think we'll see significant market restructuring or exits by top-five PC players. It's looking pretty grim," he told a crowd at LinuxCon 2013.

Seriously, this overly drawn out steambox announcement thing is amazing news. Win8's been worrying me. <3 valve

Even if Valve doesn't manage to inspire fear in Windows game developers, it still has an ace up its sleeve. Valve alone has the ability to produce some of the most hotly anticipated video game sequels in the industry. Half-Life 3, Portal 3, Team Fortress 3, Left 4 Dead 3, and an eventual DOTA 3 are all in the cards, and Valve could make any or all of them exclusive to SteamOS in order to generate a Linux install base large enough to attract other developers. The strategy worked once before: Steam itself was actually a derided program when it first debuted, but gamers installed it in droves once Half-Life 2 made it a requirement. 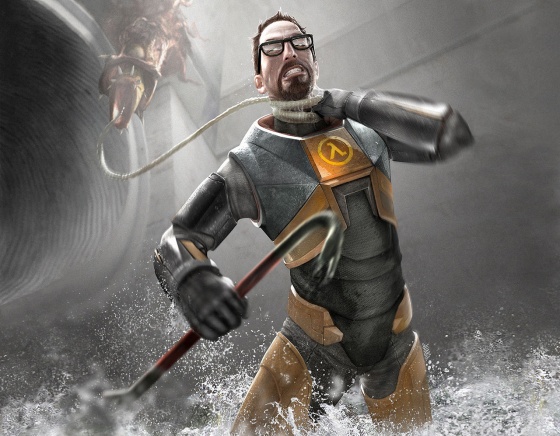 And from there, assuming SteamOS takes off, the possibilities for Linux itself become far brighter — and not just limited to gaming. Today’s tablet phenomenon comes from the idea that most people didn’t need as complex a computing experience as they thought. They just needed a simple, responsive, intuitive operating system with thousands upon thousands of applications that could be easily purchased, installed, and distributed across the world. Valve has repeatedly said that Steam won’t be limited to games, recently adding a small selection of non-gaming programs to its catalog and building a web browser into its user interface.

If this truly is the perfect storm for Linux adoption, gaming could simply be the trojan horse that gives Valve control of a genuine post-PC operating system. SteamOS could become the operating system that does for the television what iOS and Android did for the phone, and could eventually cut into Microsoft’s PC share in the process.

Imagine that, Valve decided that the "environment best suited" to Steam is one it owns and controls fully. http://t.co/cnyYCe49zp

It’s too early to say whether any of that will come to pass, or how soon, but it seems like Microsoft is aware that a threat is inbound. The company’s been quietly removing all traces of the old Games for Windows Live system that gamers abhorred, and Microsoft recently hired Jason Holtman, Valve’s former director of business development, to head up a new Windows gaming strategy. Perhaps Microsoft will shield Windows from danger by making its own PC game platform more welcoming, more open than Steam itself.

Perhaps this time, Microsoft won’t take it lying down.