Manhattan has many great qualities, but trash isn't one of them. Since the island has no space for alleys, trash is piled onto the streets for early-morning pickups by loud garbage trucks making their rounds. But there might be a better way: what if trash was moved around the city using pneumatic tubes? It might sound like a crazy idea, but liquid waste has long been transported out of the city in sewers, and water and natural gas are pumped in through tubes. Why not trash?

A new feasibility study by the University Transportation Research Center at the City University of New York hopes to answer just that question. In the report, the team considers two specific sites that are particularly well-suited to a pneumatic trash system: the High Line in Chelsea and the Second Avenue subway. Both proposed systems would mimic one of the only operational pneumatic trash systems in the US, built in 1975 when Roosevelt Island (located in the middle of the East River) was turned into a residential development. 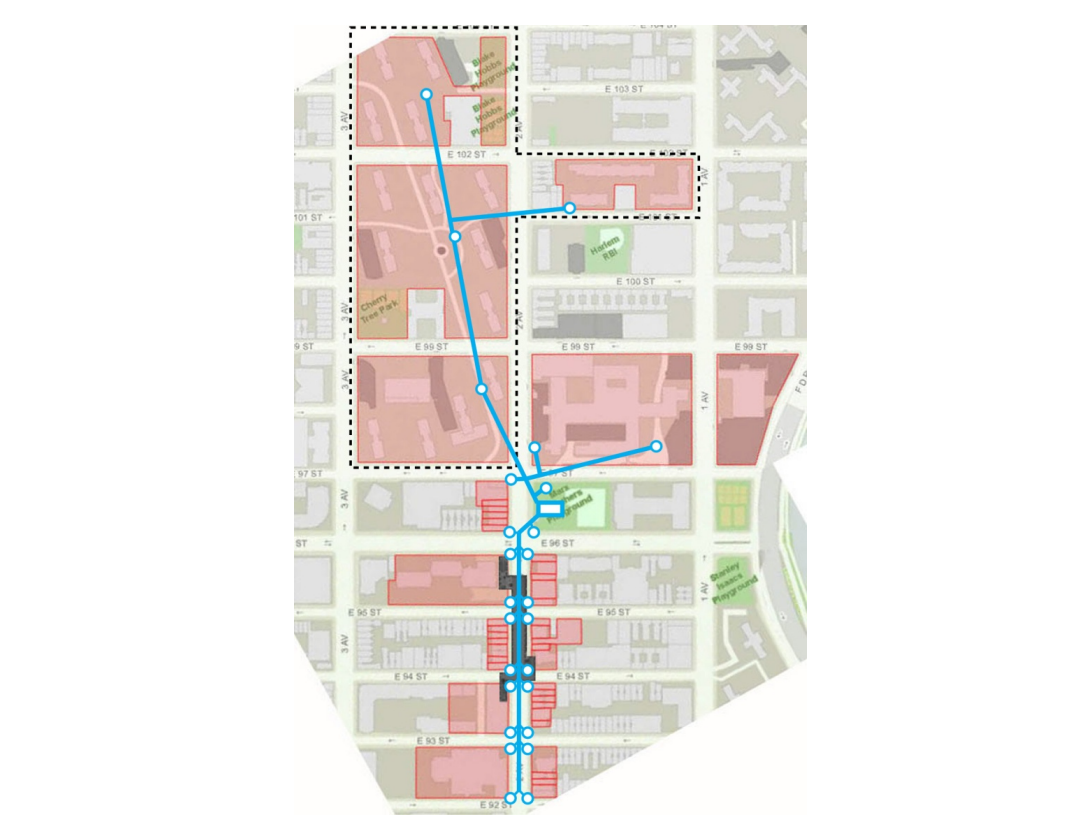 At the High Line, a park built atop an old elevated railway line, tubes affixed under the park would lead to a terminal where trash would be compressed and packaged for transport. At the Second Avenue subway, which is under construction, a system from 92nd to 99th streets would not only collect trash from stations, but also surrounding residential buildings, hospitals, street receptacles, and businesses.

The study finds that the two retrofits would cost about $10.5 million each. But in exchange there wouldn't only be less trash on the streets, but also less congestion and noise pollution thanks to the reduction of garbage trucks. It'd also produce less than half the greenhouse gas emissions and use 60 percent less energy than the current method, the study concludes. It seems unlikely that either plan will become a reality however; the Metropolitan Transit Authority spokesman tells Capital New York that it already "rejected the idea as infeasible." And even then, both proposals would only serve minuscule portions of the city.