Share All sharing options for: Samsung to introduce 'curved display smartphone' in October

At an event today in Seoul, Korea dedicated mainly to showing off the Galaxy Gear and Galaxy Note 3, Samsung executives said that the company plans to "introduce a curved display smartphone in October," but declined to give any further details — including price, exact release date, or even what operating system it would be using. Samsung has technically released curved-screen phones before — the Nexus S had a gentle curve on it, but in that case it was the glass, not the screen itself that was curved. The company also applied for a recent patent for a smartphone that is curved along its vertical axis. However, presumably this upcoming smartphone would include something more dramatic than what it offered with the Nexus S or Galaxy Nexus. 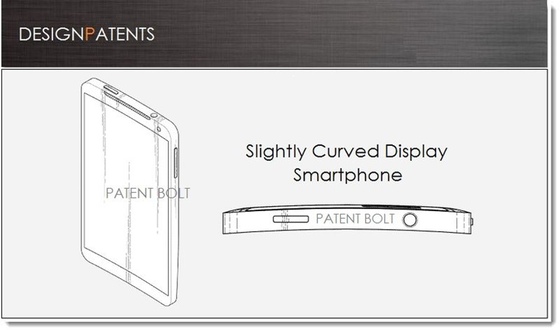 It's also possible that the company intends to make good on a concept it trotted out to press this past January. That device (pictured above) featured a flexible OLED screen that curved around the side of the phone — Samsung's prototype used the curved portion to show notifications. Unfortunately at today's event, Samsung executives declined to elaborate on what they were planning with the new smartphone, not answering questions about whether it would be part of the Note series or giving any further details.